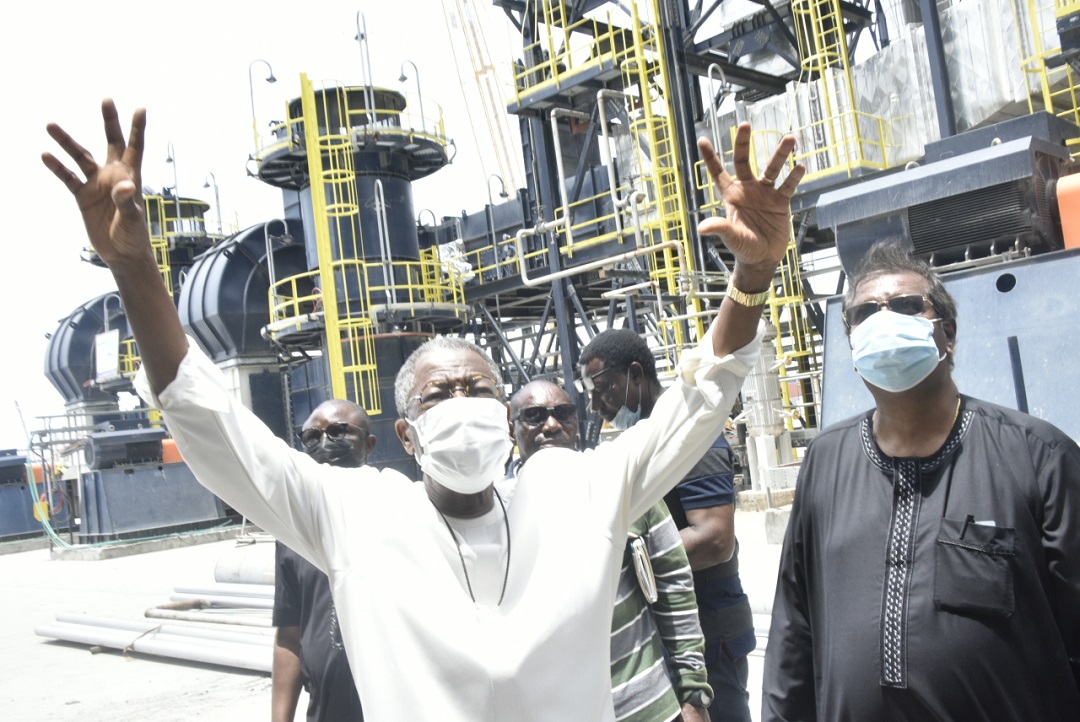 The Federal Government, at the weekend said the 650000 barrels-per day the $19bn Dangote Petroleum Refinery and Petrochemicals Plant at Ibeju-Lekki, Lagos, is capable of driving refining revolution in Africa.

Speaking during a media tour of the project, as well as the group’s $2.5bn fertiliser plant, the nation’s Minister of Information and Culture, Alhaji Lai Mohammed, noted the huge value adding proposition of the refinery, especially the boost to Nigeria’s Gross Domestic Product (GDP).

After visiting the facilities, Mohammed continued, “one can conveniently say that Dangote is leading Nigeria’s industrial revolution. The coming into being of such huge industrial complex as the Dangote Fertiliser Company and the Refinery were made possible by the enabling environment provided by the administration of President Muhammadu Buhari.

“Today, businesses are springing up in all sectors, thanks to a conducive business environment. Under this Administration, the Presidential Enabling Business Environment Council (PEBEC) has implemented over 150 reforms, moving Nigeria up 39 places on the World Bank Doing Business index since 2016. Mr. President also signed the Companies and Allied Matters Act, 2020 (CAMA 2020) – Nigeria’s most significant business legislation in three decades.

“The result of this favourable business environment is the birth of new businesses such as the $2.5bn Dangote Fertiliser Plant that will produce three million metric tonnes of Urea every year; the ,due to open later this year; Lekki Deep Sea Port, one of the most modern sea ports in West Africa; the 5,000 barrels-per-day Modular Refinery in Ibigwe, Imo State, and three more modular refineries to be commissioned before May 2023 in Edo and Bayelsa states just to mention a few.”

Stressing the benefits of Dangote Fertiliser to the economy, the minister said prior to the inauguration of the present administration, Nigeria had a fertiliser shortfall of about 3.5m tonnes per annum.

According to him, with the coming on stream of the Dangote Fertiliser Plant, Nigeria is now self-sufficient in the production of urea, and in fact, “now the leading producer of Urea in Africa. The Dangote Fertiliser plant is already exporting to the US, India, Brazil, Mexico and Argentina. We were fortunate to witness a ship being loaded with urea for export to Argentina,” he added.

Mohammed said the conducive business environment created by the government and its support had enabled the coming on stream of the $2.5 billion Dangote Fertiliser Plant which was inaugurated recently by the president. He said the 650,000 barrels-per-day refinery was due for opening later this year, adding that both projects would guarantee food and energy security for Nigerians.

On his part, Group Executive Director, Strategy, Capital Projects and Portfolio Development, Dangote Industries Limited, Devakumar Edwin, appreciated the government for the support towards the completion of the projects.

He said the refinery was the world’s largest single train petroleum refinery and was designed to maximise production of Premium Motor Spirit (PMS) with a capacity of about 53 per cent compared to 20 per cent by other refineries.

“The petroleum refinery can meet 100 per cent of the requirements of Nigeria, of all the liquid products – Gasoline (PMS), Diesel (AGO), Kerosene (DPK) and Aviation Jet Fuel (Jet A-1).

“While 60 per cent of the production of this petroleum refinery can meet the entire requirement of Nigeria, the rest 40 per cent will go for export, generating huge amount of foreign exchange”, he added.

Justifying the government’s decision to acquire a 20% stake in the refinery, Edwin noted that the project was of strategic national importance and a win-win for the nation and the Dangote Group.