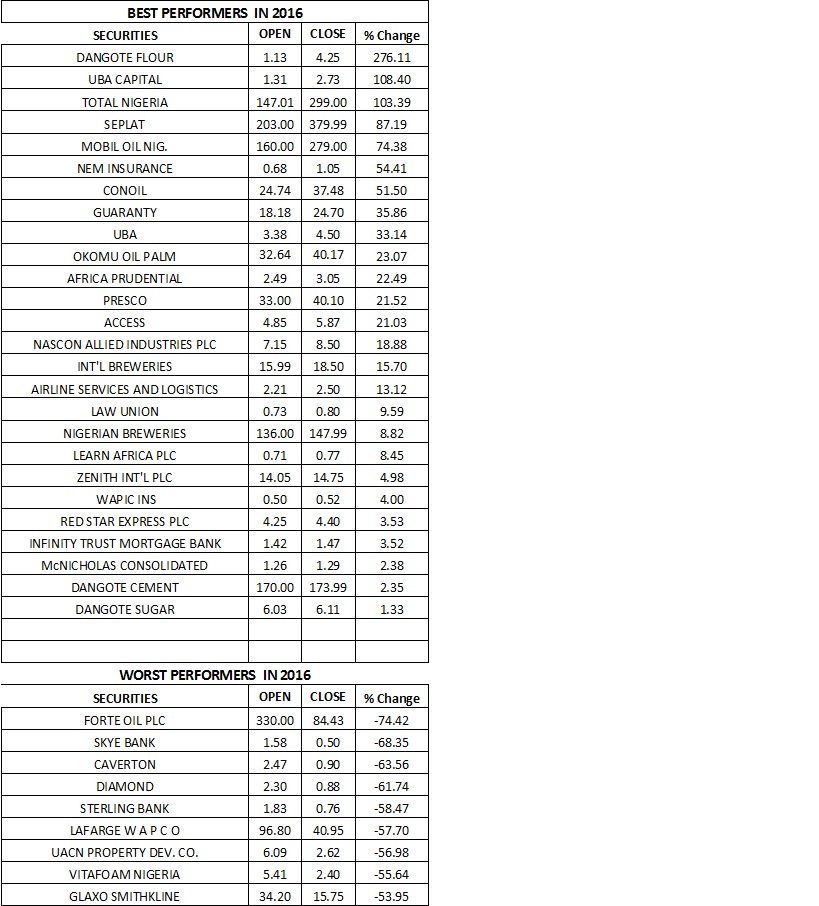 Post Views: 831 By Ambrose Omordion History has been made in the Nigeria capital market. For the third consecutive year, the benchmark All-Share Index... 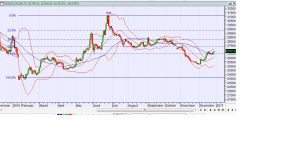 For profitable stock market investment and trading in the new year, get our INVEST 2017 TRADERS & INVESTORS SUMMIT home study pack for your guide in taking advantage of the next earnings season in 2017.

It is true that stocks are selling relatively at a low valuation now due to prolonged down market that was triggered by the exit of foreign investors in the market as result of falling oil prices and post-election uncertainties of the new government that created confidence crisis. But with the little improvement recorded in the Q3 GDP figures, despite still being negative, the contraction is reducing when you look at the change in Q1 GDP of -0.40, Q2 of -2.02 and Q3 of -2.24 which is a pointer that Q4 may likely be lower still to continue in a positive light especially as we expect the government to review and improve on its fiscal policies to boost productivity in the new year with the N7.3 trillion budget proposal for 2017.
Also it is expected that the CBN in the New Year should review its one-sided monetary policy in view of the need for greater collaboration in 2017 to save the nation from continued recession. The gradual return of foreign portfolio investors due to expected improvement in the nation’s reserve and implementation of the OPEC agreement in this first quarter of 2017. Also, it will boost government’s revenue and enhance implementation of the budget if passed earlier, given that the budget benchmark is $42.5 per barrel of oil, at a time it is already trading above $55.
In the New Year, investors should target stocks in the following industries: building material, construction, hospitality, energy, agriculture, financial and services that had suffered losses due to a bearish market that still has strong earnings power that can drive the price up again.
The global economy is likely to remain unstable, despite the expected increase in crude oil price in January as Britons prepare to exit the Eurozone and policy change in US by the new government which may likely redirect flow of funds.
Investors should be optimistic about the New Year as our comprehensive outlook for 2017 for publication next week and the outcome of the INVEST 2017 TRADERS & INVESTORS SUMMIT reveal a bullish signal for the year.
The chart below highlights the day change of the All Share Index for the entire year, with up days represented in green and down days in red. January march, May, June, July October, November and December were definitely the most volatile months of the year.