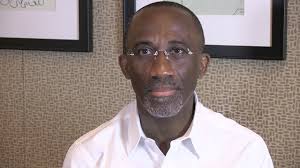 LAGOS, June 22 (Reuters) – Etisalat Nigeria says it had already repaid $500m of the $1.2bn loans owed to 13 banks before it defaulted in February due to a currency devaluation, a senior executive told Reuters on Thursday.
Talks between Etisalat Nigeria and lenders to restructure the $1.2bn loan agreed in 2013 have failed to produce a deal, forcing the banks to step in this month.
Ibrahim Dikko, vice president for regulatory affairs told Reuters in a phone interview that the company currently owed lenders around $575m, broken down into $227m and N113bn ($359m), for which talks with lenders were ongoing until the recent incidence.
The loan agreed with 13 local banks in 2013 was a seven-year facility to refinance a $650m loan and fund expansion of its network. Etisalat Nigeria missed payments in February after sharp falls in the value of the Nigerian Naira bloated the loan value, making repayments difficult.
Exotix Capital said in a note Etisalat Nigeria shareholders had refused to give further bailouts to the company to reduce pressure or convert its obligations to equity, and hence the telecom firm had missed its most recent repayment in May.
Etisalat Group, the Abu Dhabi, United Arab Emirates-based parent company, which is carrying its 45% stake in the Nigerian arm at nil value, said on Tuesday it had been ordered to transfer its shares to a loan trustee by June 23, after negotiations failed.
The UAE group, which generates 3.7% of its revenue from Nigeria, had questioned the rationale of investing more in the local unit, when asked by lenders to recapitalise its affiliate as an option, sources said.
Exotix said the company had struggled with several years of losses due to low revenue, tough competition and more recently currency losses, adding its second-biggest shareholder Abu Dhabi state investment fund Mubadala has been trying to divest its stake for some time.
One telecom analyst said Etisalat Nigeria could struggle to find new investors, putting lenders in a weak negotiating position, although the company could be viable if acquired by one of its rivals.
Another option could be to restructure the loan, pending any new investors coming along, Exotix said.
Already, Etisalat Nigeria has initiated changes to its shareholding structure.
Renaissance Capital analyst said Etisalat could be worth $1.2bn based on an enterprise value to operating cashflow multiple, compared with South Africa’s MTN and other African peers.
Etisalat Nigeria has 20m subscribers, according to the Nigerian Communications Commission, the telecom industry’s regulator, making it the country’s number four mobile operator with a 14% market share; compared to MTN’s 47%; Globacom, 20%; and Airtel, – a subsidiary of India’s Bharti Airtel – 19%.
Meanwhile, in an analysis of the impact of the Etisalat Nigeria debt on the profit of the 13 lending banks, CSL Stockbrokers Limited, a member of the FCMB Group, on Thursday noted the unlikelihood of a 100% loan loss, a major disaster for banks concerned.
“Considering the availability of adequate collateral and the current viability of the business, we do not see a possibility where 100% of the exposure will be lost. Leaning towards pessimism, we look at the impact on covered banks Cost of Risk (COR) if 50% of the exposure of each bank is lost. If this happens, we would see an increase in the Cost of Risk of the banks we cover by about 0.6% to 1.4% with Guaranty Trust Bank showing the highest increase in COR (based on available data).
“Looking at the impact on estimated profits for 2017e, in the worst case, we could see 49% erosion of Fidelity Bank’s Pre-tax Profits if 50% of its exposure is lost.
In summary, it noted also that should the loans go bad, “Access Bank could lose an equivalent of 30% of profits made in 2016; UBA could lose 20% of profits made in 2016; (and) GT Bank could lose 12% of Profits made in 2016.”