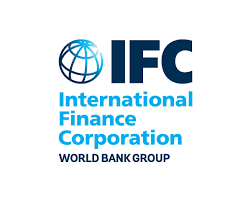 Post Views: 752 A new report by the International Finance Corporation (IFC) says Nigeria received remittances amounting to $22.3bn, or 5.6% of its Gro...

A new report by the International Finance Corporation (IFC) says Nigeria received remittances amounting to $22.3bn, or 5.6% of its Gross Domestic Product (GDP) in 2017.
In a new report titled: “Shaping the future of Africa: Markets and Opportunities for Private Investors,” in conjunction with the African CEO Forum, the IFC noted that “remittances are an important source of capital and foreign exchange for all developing countries and no less so for Africa, are also improving.”
The report noted the uneven progress across the continent, with “resource intensive economies—especially oil exporters such as Angola and Nigeria” continuing to lag, even as agricultural exporters enjoy stable growth.
Large economies such as “Ethiopia, Côte d’Ivoire, Senegal, Tanzania, and Ghana in particular—have posted growth rates of over 6 percent over the last few years.”
The economic outlook for the region, IFC said, “is positive, with economic growth expected to rise to 3.2% this year and 3.6% in 2020, according to World
Bank Group data.
“Despite the recent economic drag, Africa is a rapidly expanding market that represents significant economic opportunity for private enterprises and investors
around the world,” stressing that the region’s economic potential goes beyond recovering commodity prices.
Other forces working in its favour, it noted, include a unique demography brimming with potential, economic reforms, infrastructure investment, buoyant services sectors, and strong agricultural production.
In an aging world, Africa is blessed with a young and growing population, with rapid urbanization expected to double the population of cities within 25 years, raising hopes for the productivity, innovation, and economic diversification that such trends have
brought to other regions.
“By 2030, Africa’s middle- and high-income groups are expected to grow by 100 million, boosting them to over 160 million people across the region. These rapidly
expanding groups of consumers will spend smaller portions of their income on basic necessities such as food and beverages and more on transportation, information and communication technologies, housing, education, clothing and footwear, pharmaceuticals, and other products and services,” it added.
The report also noted that in a bid to end poverty and boost shared prosperity, it delivered a record $19.3bn in long-term financing for developing countries in conjunction with members of the World Bank Group in 2017.
Africa, the IFC added, continues to attract Public-Private Partnership (PPP) projects concentrated sadly only in a few countries in Africa, with South Africa, Nigeria, Kenya, and Uganda together accounting for 48% of the 335 total PPP infrastructure projects in the region over the past 25 years.
This amounts to $36.7bn of investment commitments, or 62% of the $59bn in total
investment commitments in the region, with infrastructure projects concentrated over the past five mainly.
The energy sector accounted for 78% mostly renewables; followed by transport, 22%; while water and sanitation gulped only 0.5%.
In addition to this, the IFC said it made long-term investments in Sub-Saharan Africa worth “about $3.5bn, including nearly $1.2 billion mobilized from other investors. In addition, IFC supported the region through short term financing and mobilization on behalf of MIGA. Our clients supported more than 250 000 jobs, created opportunities for more than 800,000 farmers, and treated more than 560,000 patients.”