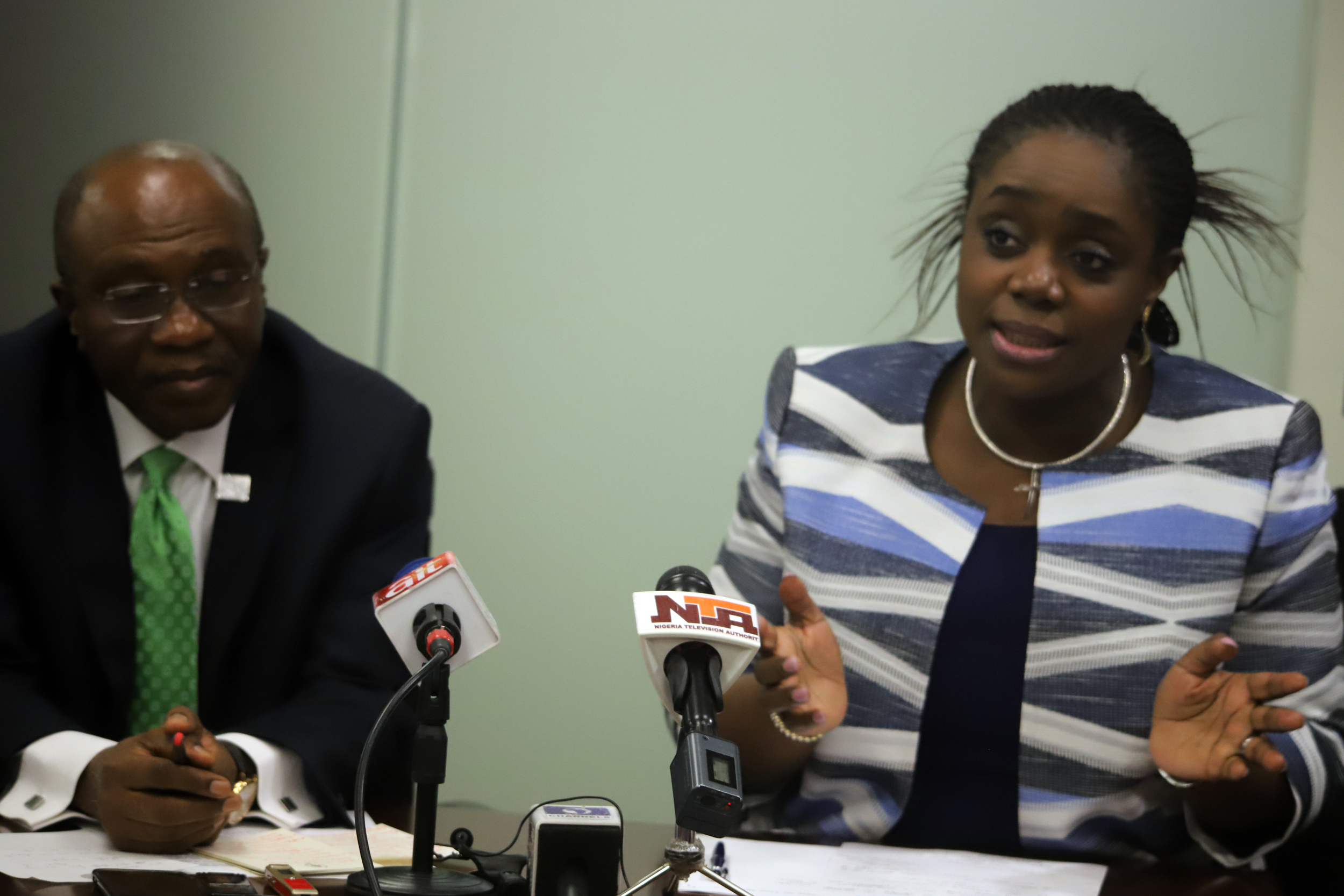 The Central Bank of Nigeria (CBN), on Tuesday, May 22, 2018, resisted the temptation to cut the benchmark Monetary Policy Rate (MPR) as its Monetary Policy Committee (MPC) ended its second meeting for the year, insisting that the growth seen so far in the economy remains fragile in the midst of several compelling uncertainties.
Instead, the committee urged the Federal Government to take advantage of the rising oil price at the international market as well as the stable production helped by peace in the nation’s Niger Delta region that has reduced oil infrastructure compromise and outright vandalism/still of crude, to safe for the rainy day.
Specifically, members charged “the Federal Government to seize the opportunity to build fiscal buffers against future oil price shocks,” according to the communique, signed by Godwin Emefiele, CBN Governor.
It would be recalled that the government during the administration of President Olusegun Obasanjo (1999 to 2017) put in place an Excess Crude Account into which revenue from the price difference between budget benchmark and actual price of oil is paid. Over the years, the account has become a ghost of itself with the penchant for monthly sharing from the pool during the monthly bazaar of Federation Accounts Allocation Committee (FAAC) meeting, while tax revenue continued to pale into insignificance.
The FAAC meeting for May held on Wednesday, with the Federal Ministry of Finance announcing an ECA balance of $1.11bn, helped by the decision of committee to take N24.5bn from the revenue accruing to the Federation Account to boost the US$ account “based on increased revenue for the month and after due consultation,” according to the Permanent Secretary in the Ministry of Finance, Mahmoud Isa-Dutse.
In the communique at the end of the MPC meeting on Tuesday, committee members applauded the growth in the nation’s external reserves at US$47.79bn on May 18, 2018 from US$46.73bn at the end of March. They urged the CBN to sustain the momentum and continue to boost investor confidence in the economy, amidst the continued rise in crude oil price.
Describing the continued stability in the foreign exchange market as a welcome development, the committee noted that it was boosted by improved dollar liquidity in the market due to the high level of activity at the Investors’ and Exporters’ (I&E) window, that is equally driving rates towards convergence at all segments of the market.
“Total foreign exchange inflow through the economy from January to March 2018 stood at US$24.719 billion, of which funding from the CBN was US$8.81 billion or 28.5 per cent, while autonomous sources accounted for the larger balance of US$15.91 billion or 71.5% of the total.
“In addition, the Committee welcomed the US$2.5 billion or RMB 15 billion Currency Swap between the Central Bank of Nigeria (CBN) and the People’s Bank of China (PBoC). This swap, the Committee noted, will ease pressure in the foreign exchange market by the reduction in reliance on a third currency for trade settlement between Nigeria and China. They further noted that this swap arrangement could be the basis for an expanded and mutually beneficial economic relationship between Nigeria and China.”
The outlook for inflation, the MPC noted, “indicates continued moderation in the price level, even though the risks include huge liquidity injections that is expected to arise from the implementation of the proposed N9.12 trillion 2018 FGN budget; expenditure towards the 2019 elections; monthly FAAC injections, approval and implementation of the proposed new national minimum wage, possibly finance by a supplementary budget.
“These could impact aggregate demand and put pressure on domestic prices in the remaining months of 2018 and may dampen the gains already made by the Bank in stabilizing prices.”
In-house analysts, the committee stressed, warn that given the anticipated liquidity injections into the economy, there could be upward trending pressure on domestic prices (inflation) from the second half of fiscal 2018, hence the need for caution in the face of pressure to cut rates.
This is why, it continued, the committee is calling for “an orderly injection of the anticipated liquidity by the fiscal authorities to prevent a negative shock to prices that would derail the positive but fragile recovery so far achieved.”