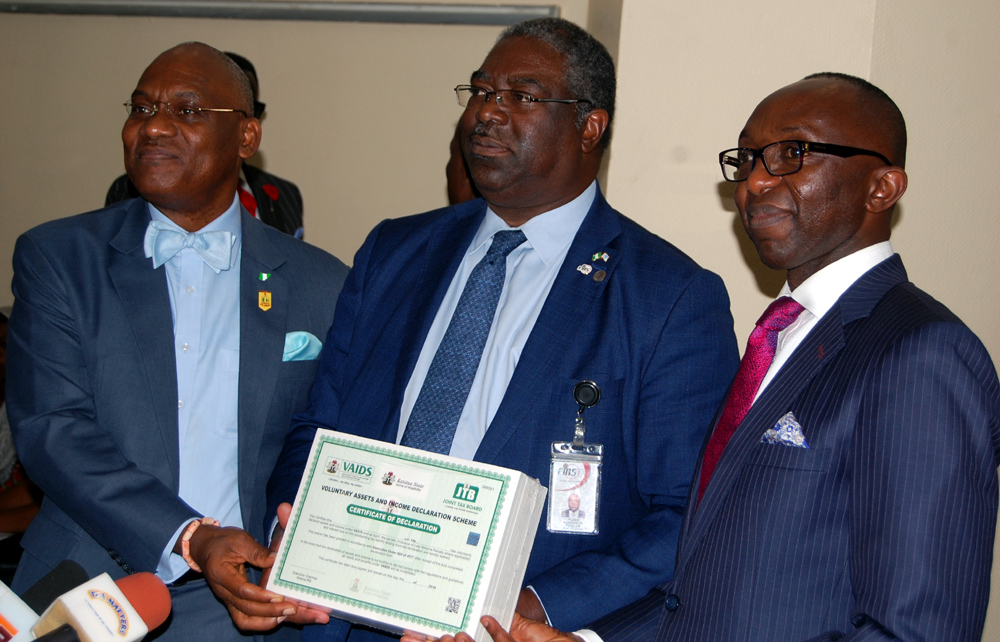 Barely three weeks to the end of the June 30, 2018 extended deadline of its Voluntary Assets and Income Declaration Scheme (VAIDS), the Federal Government, on Wednesday said it has so far recovered N30bn from individuals and corporate establishments through the tax amnesty scheme.
Chairman of the Federal Inland Revenue Service (FIRS), Babatunde Fowler said 90% of the amount was collected by the Federal Inland Revenue Service (FIRS), while the remaining 10% was recovered by the States.
A statement by Patricia Deworitshe, Deputy Director (Press), at the Federal Ministry of Finance said Fowler, who is also Chairman of the Joint Tax Board, spoke at the unveiling of VAIDS Declaration Certificate at a Workshop organised in Abuja for chairmen of States’ Inland Revenue Service.
According to him, with the help of the VAIDS, Nigeria’s national taxpayers’ database had increased from 14m in 2016 to over 19m in 2018, expressing hope that the number would translate into a positive growth in the country’s Tax Revenue to GDP ratio.
He commended many States of the federation whom for achieving significant success in implementing the tax declaration policy, and challenged the various tax administrators to adequately educate, enlighten and sensitise taxpayers to be fully alive to their tax obligations.
The issuance of a Declaration Certificate, the statement continued, was approved by the Minister of Finance, Mrs. Kemi Adeosun, for taxpayers who voluntarily declared their previously undisclosed assets and income.
Fowler disclosed that the certificate was customised for each State tax authority with several security features and would be issued to the taxpayers upon submission of their declaration forms.