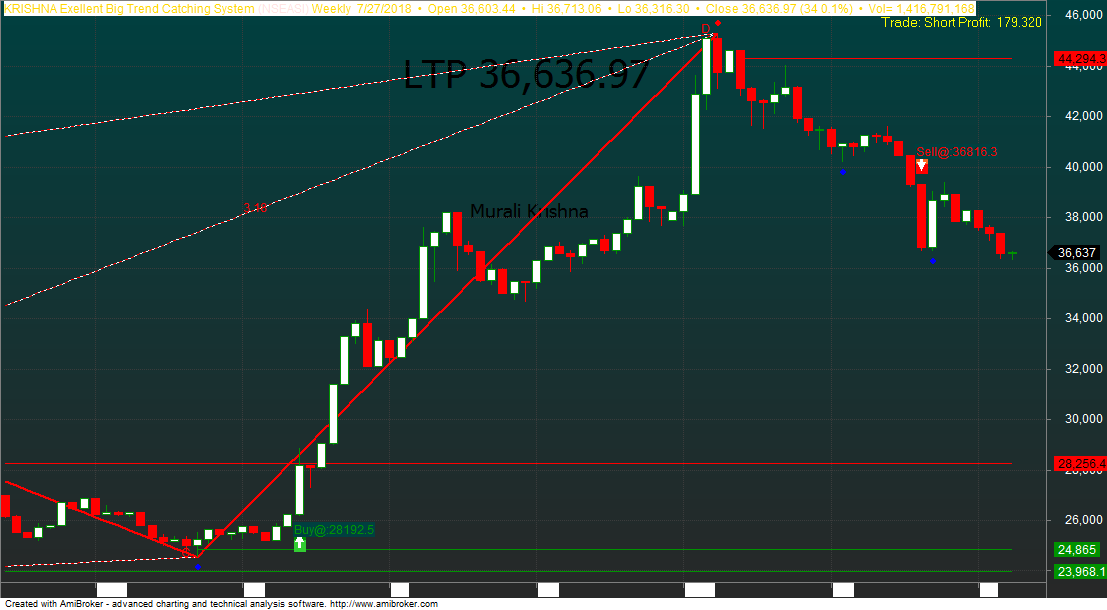 With Most Earnings Below Expectation, Investors Anxious For Interim Dividend Stocks

Three consecutive weeks of decline on Nigeria’s equity market was halted last week on a mixed performance due to the release of more earnings reports within the period, despite the seemingly weak numbers released to the investing public.
The mixed reported earnings however reflect the decreasing economic activities in the country within the reporting period, regardless of the relative exchange rate stability and rising oil price in the international market as the Nigerian economy continues to suffer from the lack of fiscal stimulus in the real sector to complement the monetary input. It is however gratifying to note that the Central Bank of Nigeria (CBN), at the end of its Monetary Policy Committee (MPC) meeting last week said it is working on single-digit, seven-year fund for real sector players in labour-intensive manufacturing and agric sectors. (READ MORE).
Also, the latest economic data from the National Bureau of Statistics (NBS) last week also, showed that inflation declined for the 17th consecutive month in June to 11.21% year-on-year. The report however showed an increase, month-on-month in June to 2.04%, from 1.99% in May, which could be direct consequence of the increasing spate of insecurity across the country, especially in the North-East and North-Central, that is already affecting farmers and the sales figure of most manufacturing companies, whose products cannot go into most areas in the affected regions and unto neighboring countries. Food items prices are therefore on the rise.
The decision by members of the MPC during last week’s meeting to retain the benchmark rates, is an indication that the committee has taken cognizance of the economic slowdown already, which is why they also encouraged Nigerian banks to raise lending to the private sector. The committee also urged companies to issue commercial papers that would thereby boost their businesses. The Q2 earnings reports are pointers to what the Q2 GDP report will be when it is released by the NBS on July 31, 2018, according to the release timetable, even as we expect the impact of the 2018 budget implementation and inflow of electioneering campaign spending to boost the economy again.
The CBN has abandoned rate setting through the MPR in favour of its regular money market operations which are more indicative of its intentions, and we expect this to continue for the rest of the year.
Equities continue to suffer from foreign capital outflows and the absence of a positive trigger, or enough retail investors to help stablise the domestic market. This is why investors would continue to trade cautiously.
The political risk and uncertainties ahead of the 2019 general elections are major factors that continue to escalate foreign capital flight, but since the elections will come and go, investors should also change their investing strategies in favour of medium to long-term horizon and position for higher returns post-election. These strategies were discussed at the Investdata Midyear comprehensive stock trading and investing workshop on Saturday, July 28, 2018.
Back to the market, 35 companies released their quarterly earnings reports within the period. The general market sentiment for the week were positive, with buying position at 81% while selling volume stood at 19%, due as investors and traders react to the recent earnings and economic reports released, considering the prevailing low-price regime.
Notwithstanding the improved market breadth, the impetus behind trades was weak as reflected on the money flow index which slipped to 31.34 points from the previous week’s 42.69 points, a sign that funds are still leaving the market, despite the seeming rebound in the two trading sessions of the week.

Equity Indicators Last Week
The NSE All-Share index recorded marginal gain of 33.53basis points to close at 36,636.97 basis points, after opening at 37,603.44bps, representing a 0.09% growth on a low traded volume, compared to the previous week’s. The volume index of total transactions for the period was 0.61, just as market capitalisation for the week closed at N13.27tr from the N13.26tr opening value, representing a 0.09% gain as interim dividend stocks and some surprising earnings that attract high patronage to influence stock prices.
Low cap stocks dominated the top advancers table as investors and traders reacted to the Q2 mixed numbers as analysis of these numbers will help players to reshuffle their portfolios ahead of next month’s shadow elections (or primaries) to be conducted by the political parties. These will give direction as to how the 2019 election will be and parties with high possibility winning.
The seeming price retracement in some stocks for the period, especially, Thursday and Friday’s rebound that reflected on the NSEASI’s year to date returns, reducing the loss to 4.20%, just as market capitalisation remained negative at N327.59bn, which was 2.38% below the year’s opening value.

Negative Market Breadth
Despite the improvement in market breadth, the number of decliners for the week outweighed advancers in the ratio of 48:31 as capital outflow continued ahead of the 2019 elections and the accompanying uncertainties, amidst the dwindling confidence level that continues to trigger cautious trading, as reflected in the volume traded.
The benchmark NSE All-Share Index started the week on a positive note but reversed, closing negative on Tuesday and midweek before rebounding on Thursday and Friday when it recorded 0.09% gain for the week, as against the previous week’s 2.11% loss.
Sectoral indices were mixed in performance for the week as the NSE Banking and Insurance closed in the same direction with the general market, while the NSE Consumer and Industrial Goods indices closed red.
Market activities were negative for the week as volume traded was down by 14.97% to 1.42bn shares, compared to previous week’s 1.67bn units, while value fell by 12.88% to N16.74bn, from previous week’s N14.83bn.
The best performing stocks for the week were Cutix and Cement Company of Northern Nigerian that topped the advancers’ table with 46% and 25.9% gains respectively, closing at N4.38 and N31.35 each as a result of the N0.20 dividend, bonus of one ordinary share for every one held, as well as expectation of positive Q2 earnings report. The worst performing equities were Rak Unity Petroleum and UACN Property, which lost 20% and 18.85%, closing at N0.40 and N1.55 respectively on impact of market forces.

Market Outlook
We expect mixed performance from the interim dividend companies scheduled to publish their results in August, even as market analysts, investors and traders digest those earnings reports already published. There would be repositioning on the strength of earning surprises and disappointing numbers that come below market expectations in the midst of events unfolding in the political environment. Investors should review their position in line with their investment goals and take action as events unfolds in the global and domestic environment.
However, we would like to reiterate our advice that investors should go for equities with intrinsic value, especially during this season were more quarterly earnings are expected to hit the market, ahead of Q2 interim dividend paying equities in August due to the auditing process of their financials for half year.
We advise investors to allow numbers guide their decisions while repositioning in any stock, especially now that stock prices remain volatile amidst improving company, economic and market fundamentals.

ATTENTION
The management of Investdata Consultants Ltd wishes to appreciate all participants and facilitators that made it to the Investdata Midyear Comprehensive Stock Trading and Investing Workshop on Saturday, July 28, 2018.
The difference between you and others who are not aware of what I am sharing with you is ACTION. Take action that will transform your life for the rest of 2018 by getting the Just Concluded and life transforming seminar Comprehensive Stock Trading Toolbox for the Rest of 2018 Home study pack USB. Don’t sit on the Fence call 08028164085,08032055467, 08111811223.