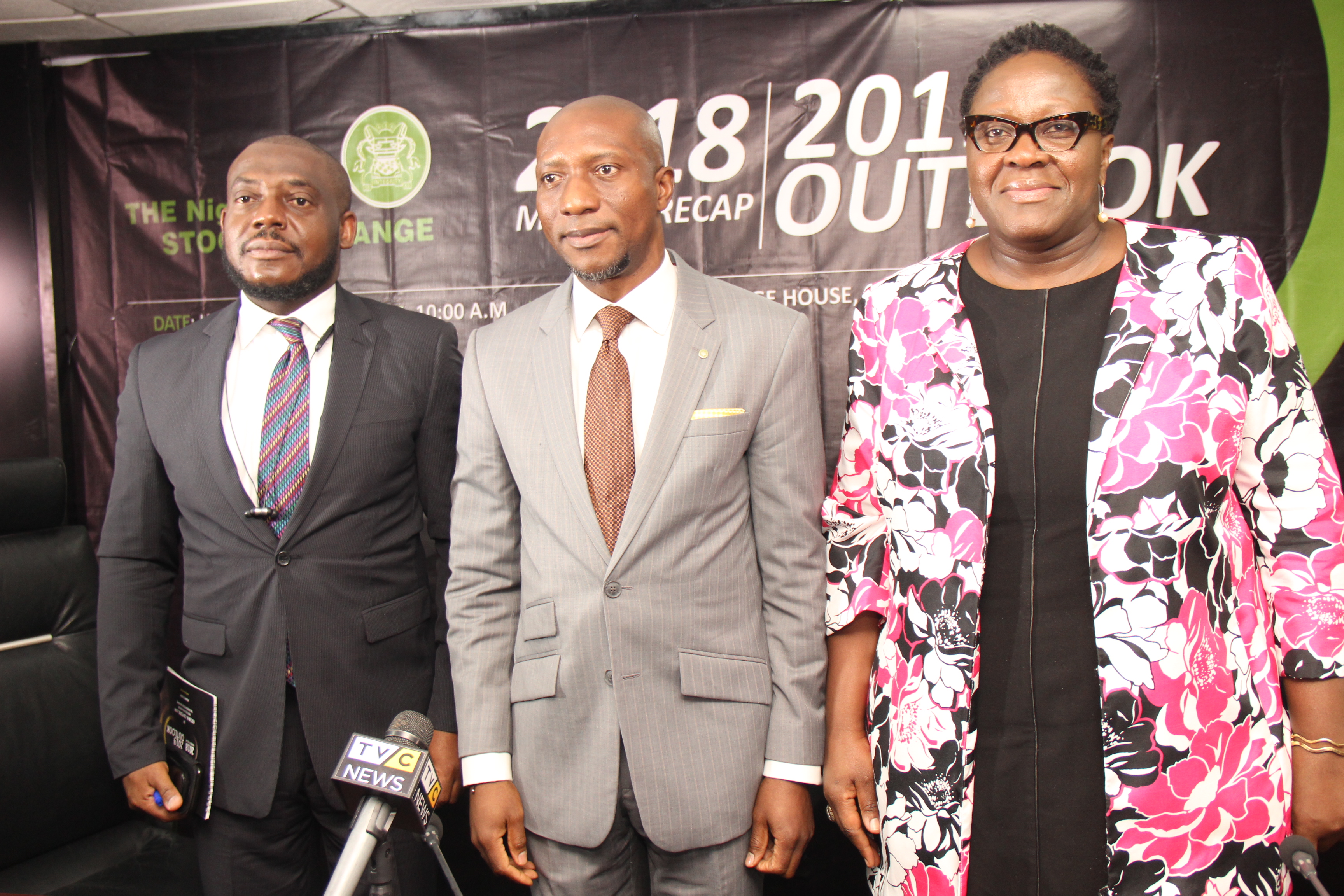 The Nigerian Stock Exchange (NSE), on Monday lamented a situation where only 13m investors are captured on the latest data released by the Central Securities Clearing System (CSCS) as participants in the market, in a nation with population of over 200m.
The situation could be worse, according to Oscar Onyema, chief executive of the NSE, given that there are many persons with multiple shareholder accounts in the market, a situation the Securities & Exchange Commission (SEC) is trying to correct with the offer of forbearance.
Oscar who was fielding questions, while reviewing activities of the exchange in 2018 and an outlook for 2019, added that discounting such multiple counts, could result in two or three million unique retail investor pool.
Lamenting the persistently low level of retail investor participation in the market, he said the NSE would use emerging technologies to reach more people with the aim of getting them to participate in the market, without ignoring investor outreaches and education forums.
“We’re drilling down to get a better understanding of retail investor pool in the country… we can’t say we don’t want the foreign investors, all we can do is to grow the pie and get more domestic investors on board.”
A breakdown of investor participation on the NSE in 2018, he continued, showed a near state of equilibrium with domestic institutional and retail investors accounting for 49.13%; leaving foreign investors with 50.87%.
Also, buoyed by the success so far recorded and which is expected to end in the listing of shares of Skypower Aviation Handling Company Limited (SAHCOL), Onyema said the NSE’s management would strengthen engagements this year with the federal government to list more privatized companies as agreed many years ago.
This is one thing that could result in an uptick in listing activities on the bourse, especially in the second half of this year, he stressed, assuring that the exchange already has a pipeline of companies it expects to list their shares thereby democratizing their ownership and redistributing wealth.
While not divulging the identity of target companies because they had filed no documents yet, he noted that in order to attract these companies, the bourse is engaging with intermediaries such as Issuing Houses and stockbrokers “to package them properly.”
He said the initial public offering (IPO) by way an offer for sale of 406,074,000 ordinary shares of SAHCOL at N4.65 per share, between November 12, 2018 and Wednesday, January 9, 2019, is the outcome of such engagements. The IPO size represents 30% of SAHCOL’s entire shares in issue being sold by former owners- Sifax Group, which acquired 100% under the government’s privatization programme on December 23, 2009 mid-wifed by the Bureau of Public Enterprises (BPE).
The NSE bourse noted that sale of state-owned enterprises will promote efficiency, effectiveness, good corporate governance practice, long-term sustainability of the company, while freeing up scarce government resources for deployment into provision of other social amenities. This, he added, is besides helping government to maximize gains of the listing.
Onyema recalled that the NSE benchmark All-Share index fell by 17.81% from 38,243.19 basis points at the end of 2017 to 31,430.50, after attaining a 10-year peak of 45,092.83bps in January.
All of the sectorial index for the year closed in red, the worst of which was the NSE Industrial Index, 37.34%; followed by the Consumer Goods index’s 23.28%; Alternative Market Segment, which lost 26.99%; while Consumer Goods shed 23.28%; just as the NSE-30 index lost 18.87%. The NSE Corporate Governance index declined by 17.34%; Banking index closed 16.09% lower; Mainboard, 15.98%; Premium index, 14.39%; Lotus Islamic Index, 12.75%; Pension index, 12.49%; and Insurance index, 9.25% among others.