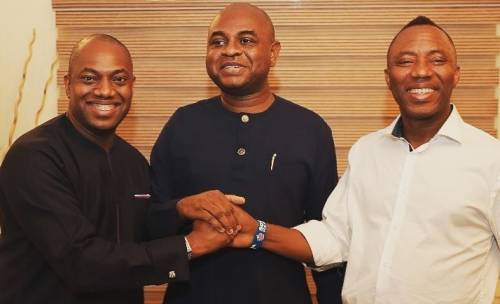 Most Nigerians Unaware Of Other Political Parties, Candidates- NOIPolls

Post Views: 307 Just days to the February 16, 2019 Presidential poll, result of a new survey conducted and published by NOIPolls Limited on Tuesday sh...

Just days to the February 16, 2019 Presidential poll, result of a new survey conducted and published by NOIPolls Limited on Tuesday shows that majority of Nigerians are not aware of most registered political parties in the country, outside of the dominant ruling All Progressive Congress (APC) and its main challenger- the People’s Democratic Party (PDP).
The statement by NOIPoll, therefore noted the need for the other “political parties to embark on an awareness creation campaign by organizing town hall meetings, rallies and even appearing on live shows on radio and television across the country.”
A sign of the low level of awareness, according to details of the survey conducted in the week commencing January 7, 2019, showed, was displayed as respondents showed some level of awareness on about 26 of the 91 registered parties, with the All Progressive Grand Alliance (APGA) coming top of the mind for majority with 32% awareness rating, followed by Social Democratic Party (SDP) with 17%.
According to the chairman of the Independent Electoral Commission (INEC), Professor Mahmood Yakubu, a total of 73 of Nigeria’s 91 political parties are participating in this year’s general elections having candidates in different political positions across the 36 states and FCT.
According to NOIPolls, “respondents were asked to mention at least five of the political parties they are aware of and the poll revealed that APGA (30%) topped the list of political parties most Nigerians are aware of.
“Other parties include Social Democratic Party (17%), Labour Party (8%) and People’s Redemption Party (7%) amongst others,” it added, noting that although the All Nigeria Peoples’ Party (ANPP) technically no longer exists, a few Nigerians still mentioned it as a top of the mind party they are aware of.
It expressed overwhelming surprise “that of the 91 registered political parties and 73 participating parties, a vast majority of Nigerians are aware of about 26 of them,” an indication the low level of awareness creation.
NOIPolls also stressed that the awareness creation should not be only for the year’s elections, arguing that “even after the elections have come and gone, it is still important for these political parties to remain relevant in the polity as this will indirectly increase the electorate’s awareness of their parties respectively.”
The Poll was conducted via interviews of a random nationwide sample of 1,000 randomly selected phone-owning Nigerians aged 18 years and above, representing the six geopolitical zones in the country.
“With a sample of this size, we can say with 95% confidence that the results obtained are statistically precise – within a range of plus or minus 4.65%, NOIPolls Limited assured.