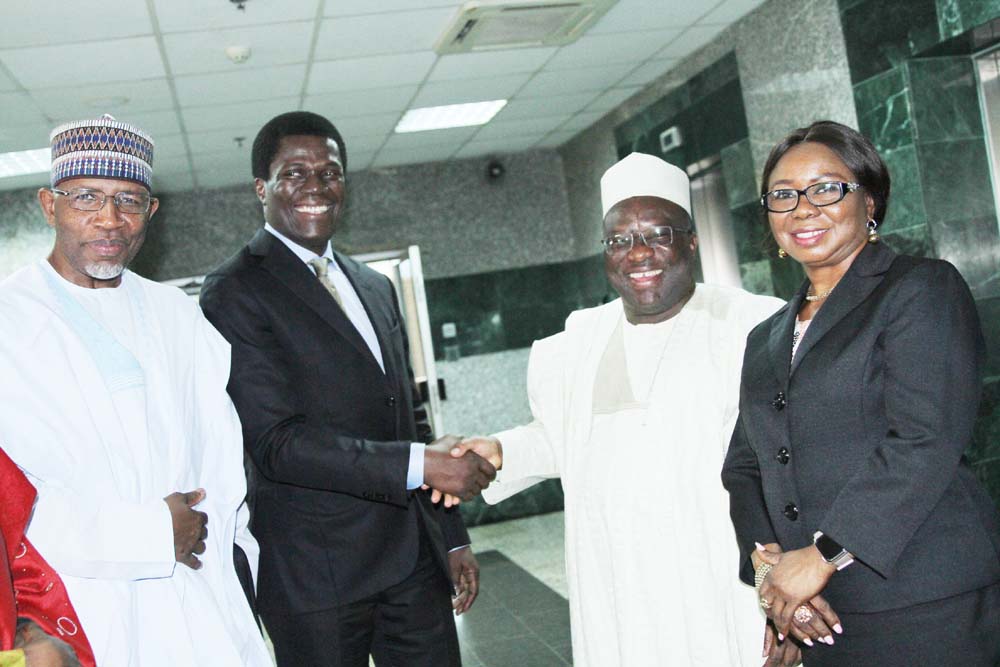 Post Views: 342 The Permanent Secretary Federal Ministry of Finance, Mahmood Isa-Dutse, who, in the absence of a substantive Minister currently overse...

The Permanent Secretary Federal Ministry of Finance, Mahmood Isa-Dutse, who, in the absence of a substantive Minister currently oversees the office of the Minister of Finance, on Monday in Abuja inaugurated a new board for the Securities and Exchange Commission (SEC), four years after the last one led by ex-Anambra State Governor, Peter Obi, was prematurely sacked.
The new board is chaired by Olufemi Lijadu, a lawyer (READ MORE).
Performing the inauguration, Isa-Dutse, charged listed companies to imbibe good corporate governance and accountability so as to accelerate the growth of the Nigerian capital market, thereby helping to increase both domestic and foreign investor participation in the capital market.
There is a need, he said, to grow and sustain the Nigerian capital market and help it evolve and eventually transform to world-class status, a journey for which transparency and investor confidence is key.
Like every world-class market, he stressed the need for the Nigerian Capital market to be characterised by high levels of liquidity, depth, breadth, and sophistication, as well as a strong domestic investor base.
For Isa-Dutse, Nigeria’s capital market “should be innovative, transparent (due to robust disclosure regimes), and efficient both in price discovery and in the allocation of capital.
“We must have it in mind that world-class capital markets do far more than provide access to capital. They are enablers of socioeconomic development because they hasten the rate of capital formation, foster a meritocracy and promote good corporate governance, innovation, and entrepreneurship.
“Thus, our capital market should broaden access to economic prosperity by enabling the emergence of financially responsible citizens, accelerating wealth creation and wealth distribution, providing capital to small and medium scale enterprises (SMEs), and catalysing housing finance,” he stressed further.
Isa-Dutse noted that the inauguration is coming at a time when many players in the market are displaying weak corporate governance practices that could potentially dampen investor confidence and undermine the steady gains achieved since the 2008 stock market crash. He, therefore, urged members of the board to play their own part as crucial enablers in the industry towards advancing a common vision for the growth and revitalization of our market.
The role of governing boards, he emphasised, “is to provide effective oversight and a strategic adversary to the management team. I would, therefore, like to advise all concerned to study and strictly adhere to laid down laws that have clearly defined the roles and responsibilities of the board members” he added.
“The administration of President Muhammadu Buhari is committed to transparency and accountability in corporate governance,” added.
Speaking on behalf of other members of the board, Lijadu stressed the importance of Capital markets in the socioeconomic development of any nation as it plays a critical role in attracting investments.
In the task of nation-building, he continued, investments and the capital market play a critical role, hence the need “to see how we can move forward to have a more orderly market, a market that is fair and transparent and can attract investments to build Nigeria. We need a market that is attractive to investors, both local and foreign
“We need a capital market where the rules are enforced and where the public who invests are all protected. We need to reinforce public trust. I, therefore, enjoin everyone to help us towards building a capital market that this country deserves”.
Also responding on behalf of management, the commission’s Acting Director General, Ms. Mary Uduk expressed delight at the inauguration of the board which she said will assist in moving the capital market forward.
While welcomed the new members, she expressed optimism that they will bring their wealth of experience to bear in the running of the Commission and the market. 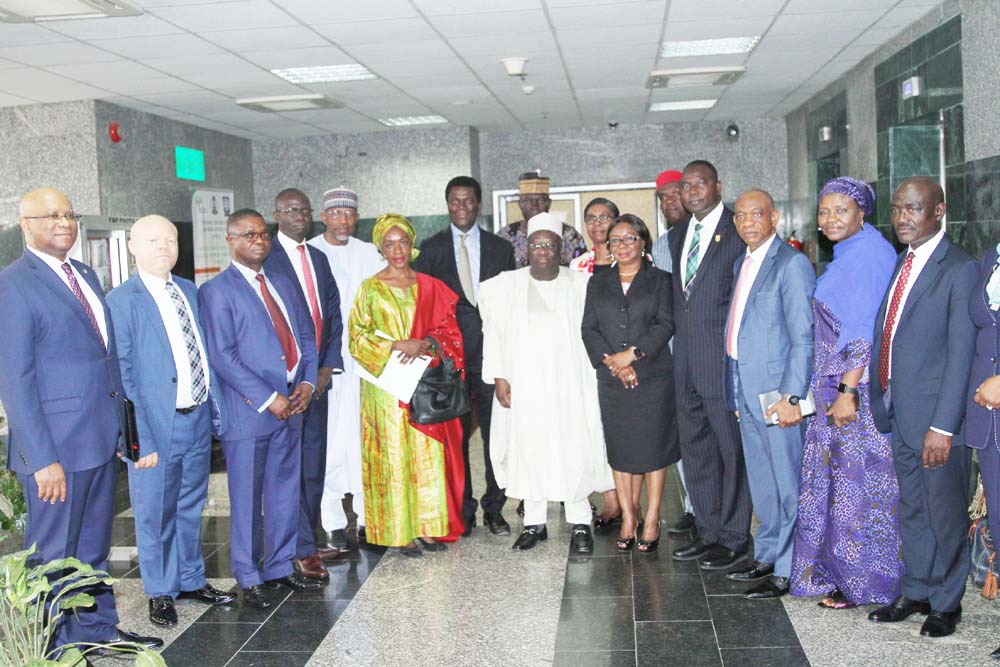 Newly inaugurated board of the SEC

Photo caption: Chairman of the new SEC board, Olufemi Lijadu (second left) in a handshake with the Permanent Secretary, Ministry of Finance, Alhaji Mahmood Isa-Dutse (second right); while Lamido Yuguda, a member, and Acting Director General of the commission, Ms. Mary Uduk, look on, Monday in Abuja.