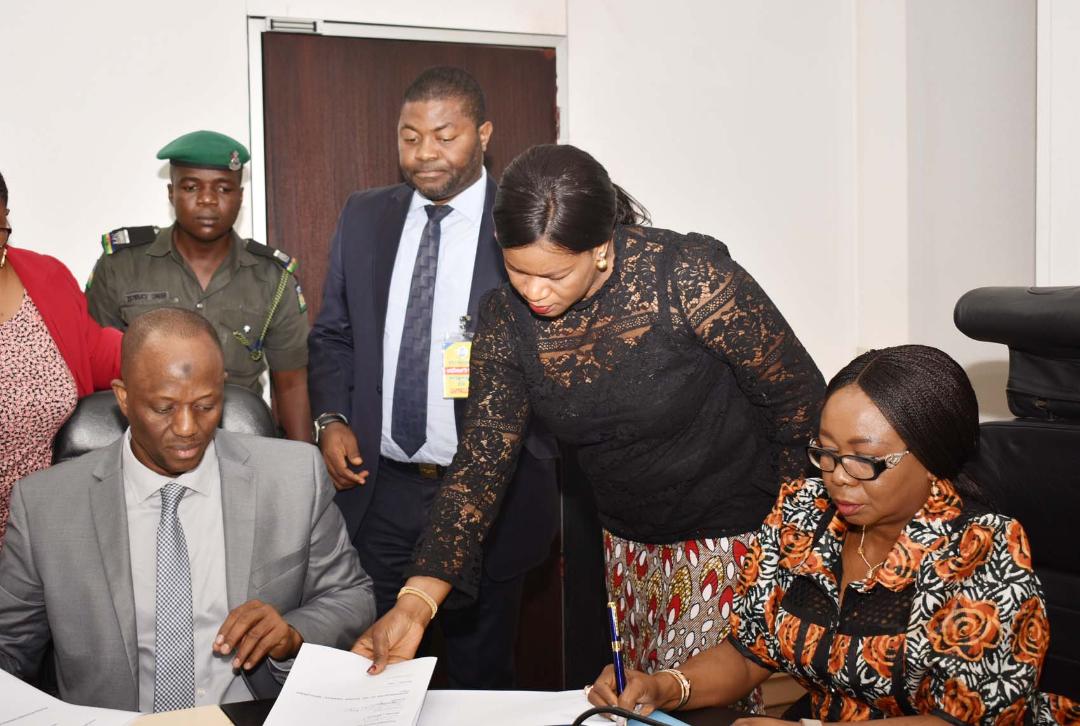 Post Views: 226 The Securities and Exchange Commission (SEC), on Wednesday said it is paying close attention to digital transactions in the Nigerian c...

The Securities and Exchange Commission (SEC), on Wednesday said it is paying close attention to digital transactions in the Nigerian capital market, just as it is in the process of amending existing rules to capture such transactions.
Acting Director-General, Ms. Mary Uduk, who signed on behalf of the commission, announced this in Abuja at a ceremony where she signed a Memorandum of Understanding (MoU) with the Nigerian Financial Intelligence Unit (NFIU), for partnership in the war aimed at eradicating suspicious transactions and other capital market crimes.
The MoU will see officials of both agencies collaborating closely to check the menace of insider dealings, recurrence of Ponzi schemes, cybercrimes and other fraudulent activities that have engulfed the market in the past few years.
Uduk noted that the commission already has regulations that prohibit shell companies from operating in the capital market and implored the NFIU to assist with solutions to track suspicious transactions as they occur.
“If we have solutions that will help us track transactions, it will reduce the incidences of insider dealings greatly. We would be very willing to collaborate with you on that in our determination to ensure that our markets are efficient and transparent and all investors are protected” Uduk said.
She listed areas where both agencies would cooperation to include training, secondment of middle cadre officers between both organisations, cross-border monitoring, repatriation of stolen funds from the capital market and prosecution of offenders amongst others.
On the rising spate of Ponzi schemes in the country, Uduk stressed the need for more collaboration between both organisations and further sensitization to ensure unsuspecting Nigerians do not continue to lose their hard-earned money.
Also commenting on the partnership, Director of NFIU, Modibbo Tukur, Commended the SEC for the relationship that has existed between both organisations and assured that the NFIU would continue to play its part in ensuring that the financial system is safe for Nigerians to operate.
Tukur, therefore, assured that the NFIU is making efforts to ensure that the financial system is rid of shell companies adding that for companies to exist, they should have physical addresses.
“If anyone establishes a company, it has to be a company indeed and we have to be firm on this. This has become more important now, given the rollout of the ECOWAS single currency, because with that, we know that capital and investments will move across borders and it is a single currency. So we have to step up regulation to avoid fraudulent transactions.
“We will commence by September and some companies would have to be deregistered if they do not meet the criteria. We will publish the parameters and also give them enough time to regularise after which those that do not comply before the deadline will be shut down. If you have an empty company hanging in the system, it is a potential danger and we should not allow it to thrive” Tukur said.
Tukur added that by the time the NFIU begins the due diligence on shell companies, the information will be shared with the SEC for further action.
He commended the commission for its regulation that bars shell companies from operating in the Nigerian capital market.
“Analysis would now be digital so the organisation would be able to share information on transactions as fast as possible adding that the capital market being a very sensitive one, care has to be taken on information dissemination to avoid disruptions” he added.