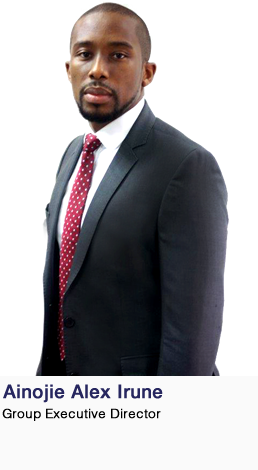 The board of energy giant- Oando Plc, on Friday announced the immediate appointment of Dr. Ainojie Alex Irune, Chief Operating Officer of Oando Energy Resources, its upstream subsidiary, as an Executive Director.
Notice to the Nigerian Stock Exchange (NSE) by Ayotola Jagun, its Chief Compliance Officer and Company Secretary, also announced the resignation of Mobolaji Osunsanya, a member of its Audit, Strategy and Finance committees, among others, as a non-executive director, after 12 years on the board.
Irune joined Oando Plc in 2011 and became a member of the OER management team last year and successfully redefined the company’s business model and created a clearer vision while aligning its focus to achieve the set objectives.
These efforts, the statement continued, have positively impacted the business, especially in the area of consolidating its existing assets and operations, enhancing improved partner relations, and a 21% drop in debt profile.
He is also credited with helping OER to secure over $1.5bn in international financing, ensuring a 99% reduction in the company’s Reserve Based Lending, increased daily oil production by 10% to 16,967 as well as 2P Reserves position by 2%.
Before being seconded to OER, Irune, Bachelors (2002) and PhD holder in Computer Science (seven years later), both from of the University of Nottingham, was Group Chief Strategy & Corporate Services Officer at Oando Plc between 2016 and 2018 and was responsible for spearheading strategic initiatives to restructure the business and reduce the group’s debt obligations with the overall objective of repositioning the company to the path of sustainable growth, as a fallout from the crash in oil prices in 2015.
The company listed the initiatives to include “partial business divestments to Vitol and Helios Investments Partners that generated inflows of over $330m- part of which was used to significantly reduce the company’s overall debt obligations.
He had earlier served as Head, Corporate Communications from 2013 to 2016, overseeing all internal and external brand-building efforts across the group, including spearheading the global communications strategy following Oando’s successful $1.5bn acquisition of ConocoPhillips Nigeria’s upstream assets.
Prior to joining Oando Group, Irune worked in the United Kingdom as an In-Vehicle Systems Researcher and Designer with global leading car manufacturers- Honda, Nissan, and Jaguar Land Rover, as well as his Alma Mater.