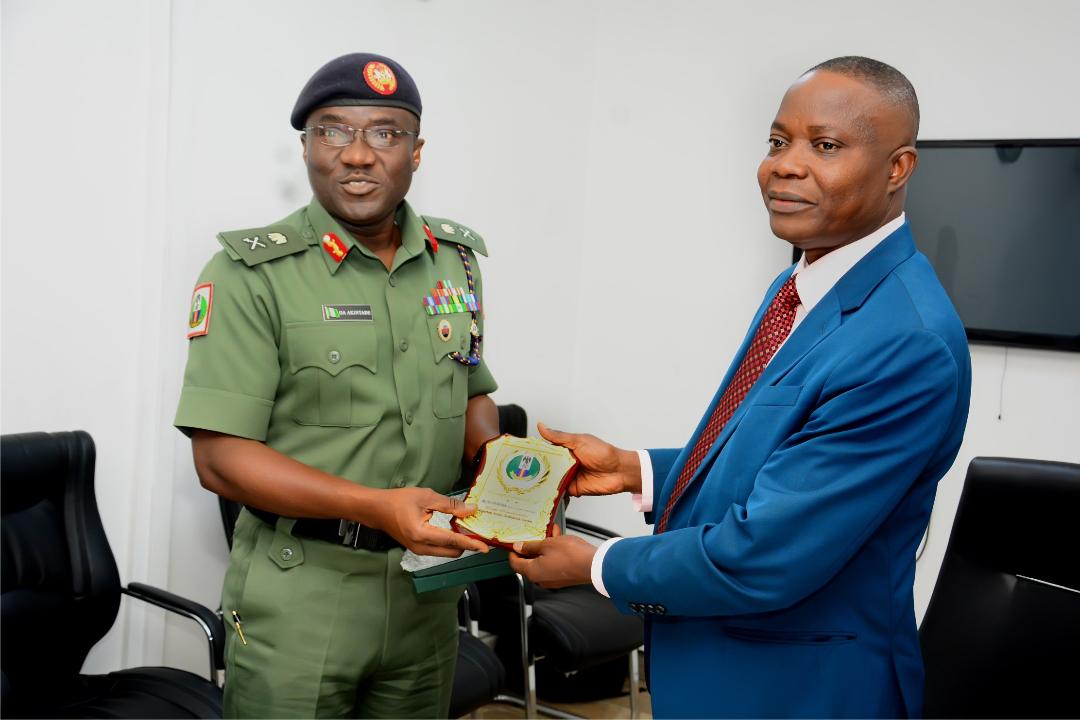 Post Views: 172 As part of its investor education programme, the Securities and Exchange Commission (SEC), at the weekend in Lagos met with a team fro...

As part of its investor education programme, the Securities and Exchange Commission (SEC), at the weekend in Lagos met with a team from the Nigerian Army Ordnance Corps.
As a fallout of the meeting, the commission is to organize public enlightenment programmes for the Nigerian Army Ordnance Corps.
Head of the commission’s Lagos Zonal office, Stephen Falomo, who received the Corps Commander, Major General O. A. Akintade and his team in his office, said the SEC would organise an outreach at the Corps headquarters in Ojuelegba, Lagos, with about 100 officers.
This will be followed by another at the Corps’ training institute in Ojo, which is expected to have 300 officers participating, he said, expressing hope “that these programs will become a continuous feature in the officers’ training program organized every quarter.”
He reiterated the commission’s commitment to the education of all stakeholders so as to encourage more participation by local investors in the Capital Market currently dominated by foreign investors.
Falomo assured that the request made by the Corps Commander was in line with the market development plan of the Lagos Zonal office and would be executed swiftly.
He added that some initiatives introduced by the commission were to ensure an investor-friendly and attractive system such as e-DMMS, regularisation of multiple accounts, Direct cash settlement, the transmission of shares, among others.
Speaking earlier, the Gen. Akintade said the visit was aimed at establishing a cordial working relationship with stakeholders, which began immediately he resumed officer about a month ago through a series of visits which commenced with the visit to the commission.
Gen Akinlade expressed hope that the Corps would benefit in full from the commission’s investor education programme.
“We are also here to discover other more profitable investment options available to the Nigerian Army Ordnance Corps, apart from the staff contribution schemes currently in place”.
Recall that the SEC recently organised a one-day enlightenment outreach for officers of the Armed Forces, Police, and other Para-military and other agencies on the investment initiatives in the Capital Market, and how to protect their sundry investments in Abuja.