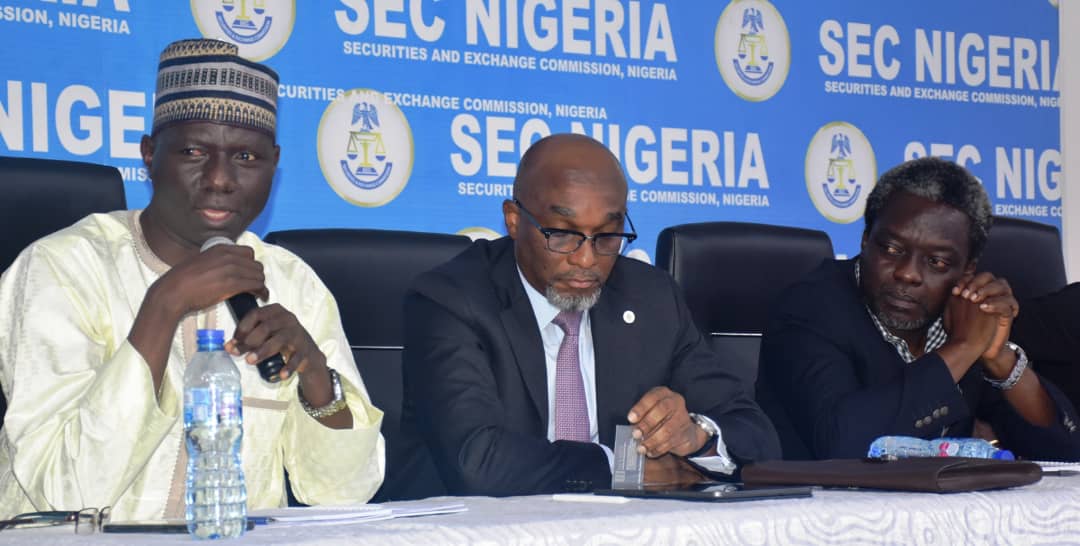 Post Views: 126 The Securities and Exchange Commission (SEC), at the weekend in Lagos said the introduction of a checklist review process for the capi...

The Securities and Exchange Commission (SEC), at the weekend in Lagos said the introduction of a checklist review process for the capital market is part of efforts to enhance competition in the system, promote efficiency, transparency, and accountability while reducing cost.
Isyaku Tilde, Acting Executive Commissioner Operations of the commission, noted this during an engagement session with the Association of Issuing Houses, Trustees, and Solicitors on commencement of the review.
He noted that whilst this process would drastically reduce time-to-market, it places a huge responsibility on Issuing Houses to ensure that documentation and filing are flawless. Similarly, he said Issuing Houses must ensure that all relevant disclosures are made and all necessary documents filed as there would be no prior review for completeness or deficiency.
This is why, he stressed, “both the Issuing Houses and Solicitors who sign up on such filing take up all attendant liability should the documentation be thereafter found to be incomplete or deficient.
“These procedural changes which are being implemented in stages commenced with the Checklist Review on July 1, 2019, and is expected to run for six months to enable the Commission to assess both the capacity and preparedness of Financial Advisers and Solicitors in Particular, whilst the ‘Deemed Approval’ regime is expected to commence in January 2, 2020,” he said.
Tilde noted that the capital market has in recent times faced a number of challenges which has militated against its rapid growth and impacted not just the economy at large but on the work of the operators.
“The need for a market that lives up to its role of catalyzing economic growth by facilitating development cannot be overemphasized, and this informs the various initiatives being pursued under the Capital Market 10 years master plan as well as other ancillary initiatives which seek to amongst others increase the depth and breadth of the market; make for a more competitive market, reduce cost, promote efficiency, transparency and accountability – all under a collaborative regulatory and oversight regime. “These vision, coupled with the Federal Government’s drive on ease of doing business led to engagements with your good selves and other key stakeholders which has resulted in the change of pre-existing review processes and procedures for debt issuances, to deal with issues of application processing turn-around-time and ensure a highly efficient time-to-market regime,” Tilde said.
Also speaking at the event, the Head, Securities and Investment Services Department, Abdulkadir Abbas expressed belief that “if we open up the market and are able to attract more capital into the system, most of the vices in the society will be reduced because people will be engaged in developmental activities, let’s think out of the box and improve the system to make our market more competitive. Reducing time to market will enable us to move forward, fast track our processes and make the system more user-friendly”.