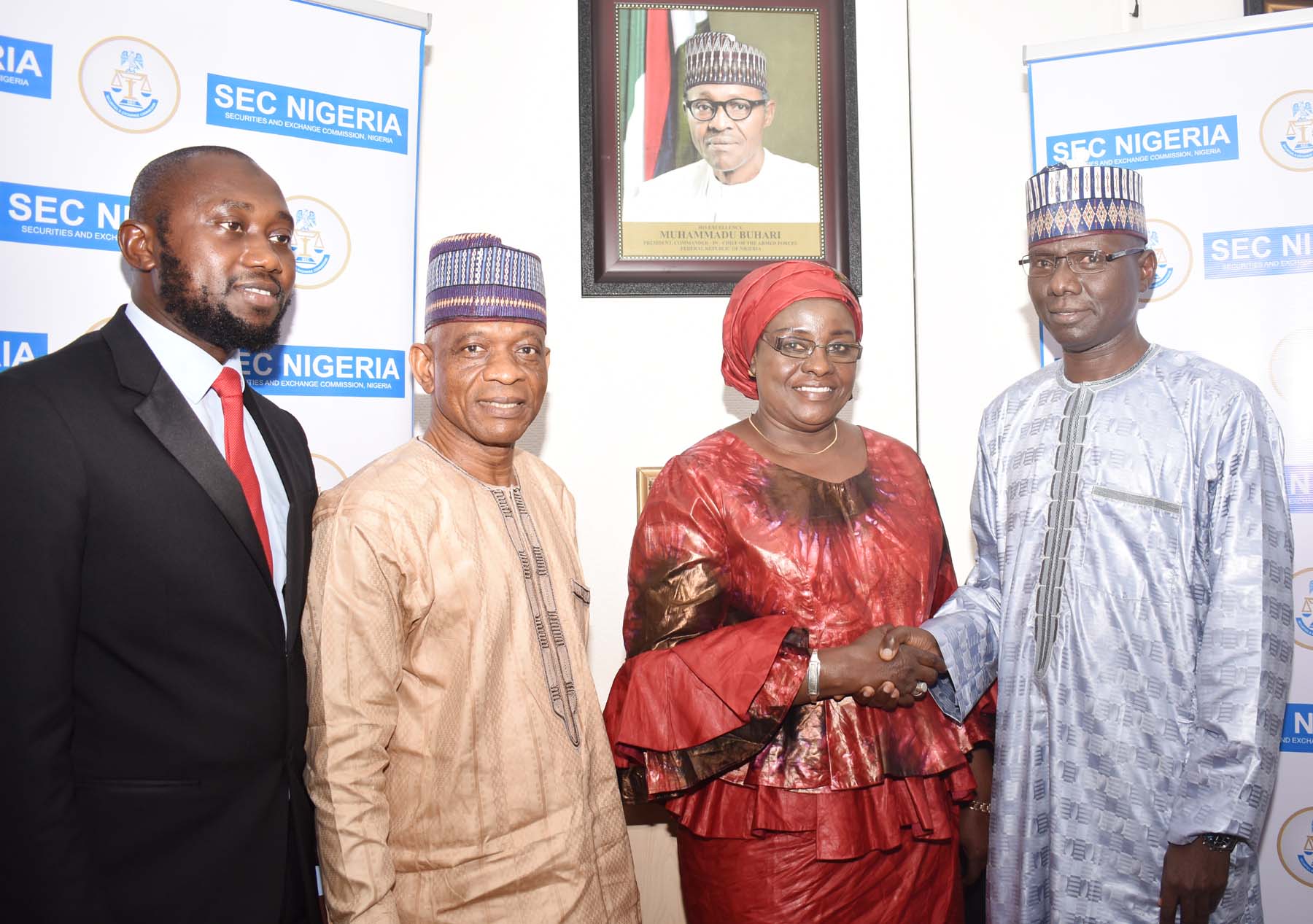 Post Views: 233 The Securities and Exchange Commission (SEC) says it remains a strong advocate of infrastructural development through sustainable fina...

The Securities and Exchange Commission (SEC) says it remains a strong advocate of infrastructural development through sustainable financing in the country.
Consequently, the commission believes very strongly, according to Ms. Mary Uduk, its acting Director-General, that the Federal Government can finance its huge budget deficit and infrastructural gap by harnessing resources available from sustainability finance investors and interest groups around the world.
Speaking recently at the formal launch of the Financial Centre for Sustainability, Lagos (FC4S Lagos), Ms. Uduk noted the government’s efforts to build a diversified economy that harnesses the resources of non-oil sectors to anchor the transition to a more resilient economy.
According to her, therefore, there is an urgent need to close the huge infrastructure gap with investments in sustainable finance initiatives driven primarily by complementary efforts of the government, regulators and the financial services industry to direct financial capital to more sustainable economic activity.
The launch of the Financial Centre for Sustainability, Lagos, she believes, “would serve as a rallying point for further discussions and engagement on ways of taking advantage of the enormous resources and potential of sustainable financing to address the infrastructure gap of our country, deepen the product offering in the Nigerian Capital Market and create greater prosperity for investors and our people.
“There are tremendous opportunities in the areas of power generation and transmission, rail transportation, housing, agriculture, and water, among others, where sustainable financing can be an avenue for the private sector to partner with government in the overall drive for prosperity and economic development.
“The Federal Government through the Debt Management Office (DMO) has led the way in Africa in this regard by issuing the first sovereign green bond in December 2017. It has since followed up with another N15bn issuance in June this year specifically to fund renewable energy, afforestation, and transportation,” she added.
The Acting DG disclosed that following the approval of the commission’s Rules on Green Bonds in October 2018, two issuances have been made by North-South Power Services Ltd and Access Bank Plc worth N8.56bn and N15bn respectively, to finance various infrastructural projects in the power, water and agriculture sectors of the Nigerian economy.
She said the onus lies with stakeholders in the financial services industry to work together and continue to expand these issuances by locating a need and fashioning appropriate sustainable financing products to meet them.
“In addition, the Securities and Exchange Commission led the creation of sustainable finance guidelines and disclosure requirements for capital market operators. The guidelines which will be rolled out before the end of the year were developed in line with the Nigerian Sustainable Finance Principles (NSFP), as adopted by the Financial Services Regulatory Council Committee (FSRCC).
“We expect more issuances given that the huge infrastructural gap not only promises competitive returns on investment but more importantly ring-fences the issue proceeds from misappropriation as the funds are tied to specific projects and would only be disbursed in line with the provisions of the issue prospectus” she stated.
Also speaking at the event, Governor Babajide Sanwo-Olu of Lagos urged citizens to use the opportunity to collectively deal with the large amounts of domestic, commercial and industrial waste generated daily across the city.
Sanwo-Olu noted that as a coastal city, on the edge of the Atlantic Ocean, “Lagos is at the mercy of rising sea levels. Our traffic situation means that the population is at the mercy of unchecked levels of emissions arising from the largest concentration of automobiles in Nigeria.”
He said that while all the issues outlined pose huge challenges, the citizens must also consider the fact that the opportunities also provide innovative ways of dealing with our environmental hazards which must first be seen, and then seized, adding that the “massive amounts of waste we generate represent huge potential for the recycling industry, and even for power generation.
“So there are huge opportunities everywhere. But to convert these opportunities to manifest reality, great amounts of investment are needed, especially from the private sector.