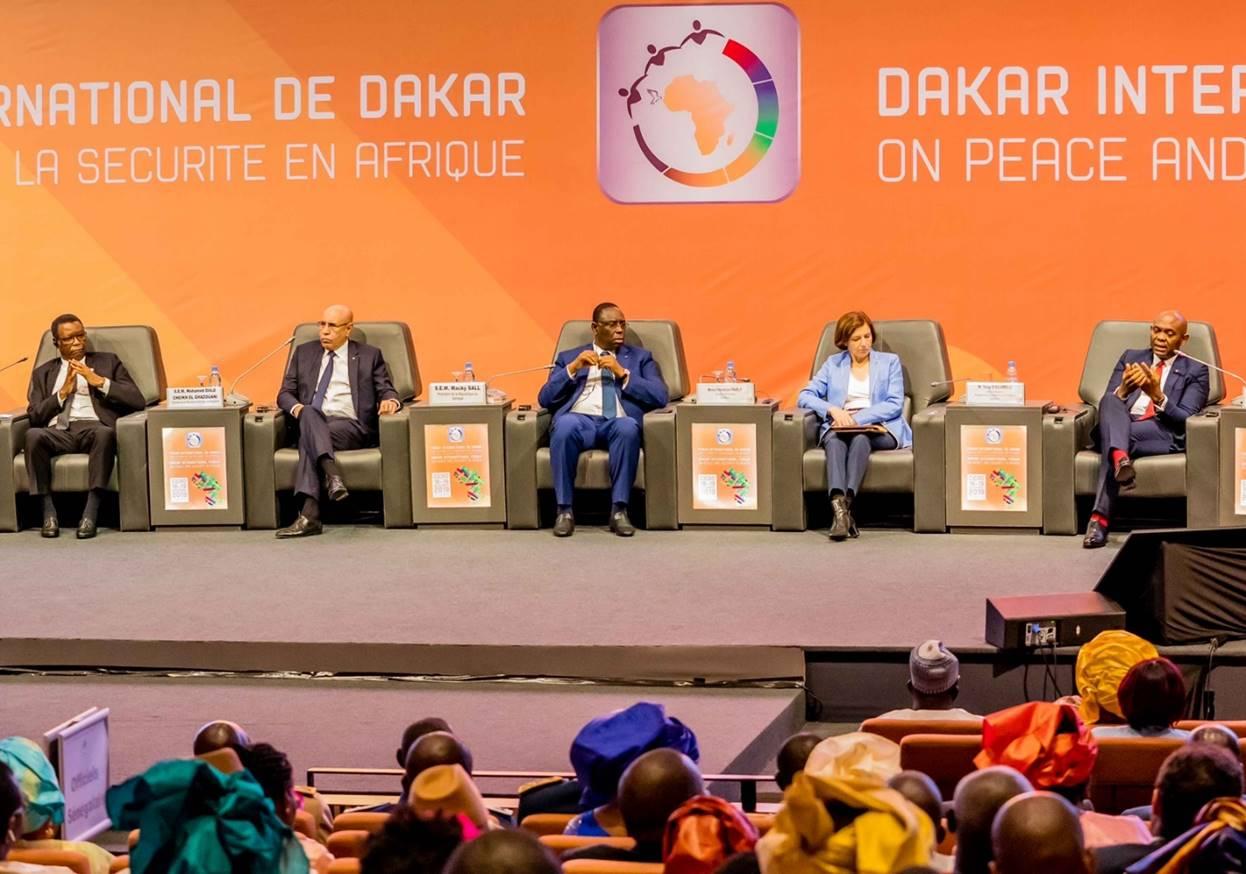 Founder of the Tony Elumelu Foundation (TEF) and Chairman, United Bank for Africa Plc, Tony Elumelu, has challenged African leaders to prioritise youth employment, inclusive growth and gender diversity to promote the continent’s development agenda for peace and stability.
Speaking at a high-level panel with President Macky Sall of Senegal, and Mohamed Ould Ghazouani, his Mauritanian counterpart, Elumelu stressed the urgency in tackling poverty, which remains the root cause of extremism in Africa.
He urged all stakeholders – the private sector, government, and development partners to collaborate to win the war against poverty and insecurity, in addition to stemming “the migration of our young people crossing the Mediterranean through harsh conditions, in search of hope.
“We know, and we say, that poverty anywhere is a threat to mankind everywhere. What manifests itself in what we call security breakdown or terrorism, or extremism is actually deeply rooted in poverty, in joblessness So with due respect, we can have 101 seminars like this but unless and until we begin to address these issues of poverty, joblessness amongst our young ones, they will continue to allow themselves to be brainwashed by people who see no future, and they will continue to engage in extremism,” he noted.
Africa, he stressed, has more opportunities and resources, calling for collaboration by all “to ensure that extremism is totally annihilated in Africa. It is possible but we need to work together to achieve this.”
While stressing the importance of discussing weaponry, and other means to deal with insurgency, lasting peace, he stressed, is only attainable in the long run by investing in young people across Africa.
He cited the impact of the Tony Elumelu Foundation’s $100m Entrepreneurship Programme as one practical way the private sector in Africa can intervene to bring about peace and stability on the continent.
Elumelu recalled the partnership between the United Nations Development Programme (UNDP) and the TEF to empower 100,000 young Africans in 10 years with a focus on the Sahel region for its first year, besides those with international development agencies like the GIZ and the International Committee of the Red Cross.
He reiterated that only “activities and interventions like this will help to bring economic hope to people in this part of the world and they will become less involved in extremism. We support these young ones and we are beginning to see how their successes are translated into better and more secure communities.”
Elumelu pointed out that businesses cannot flourish, or countries attract global private capital needed for large infrastructure projects and long-term investments which can help to fix the economy, where there is extremism and people are afraid for their lives.
Also speaking, President Macky Sall agreed for public sector to collaborate with the private sector in tackling poverty on the continent, because according to him, “addressing the threats cannot be done on a standalone basis due to the fact that the challenges know no borders.”
He called for a more collaborative approach to alleviate violence and extremism to boost investments in Africa.
Other speakers on the panel included Florence Parly, Defence Minister of France; and Pierre Buyoya former President of Burundi and representative of the African Union.