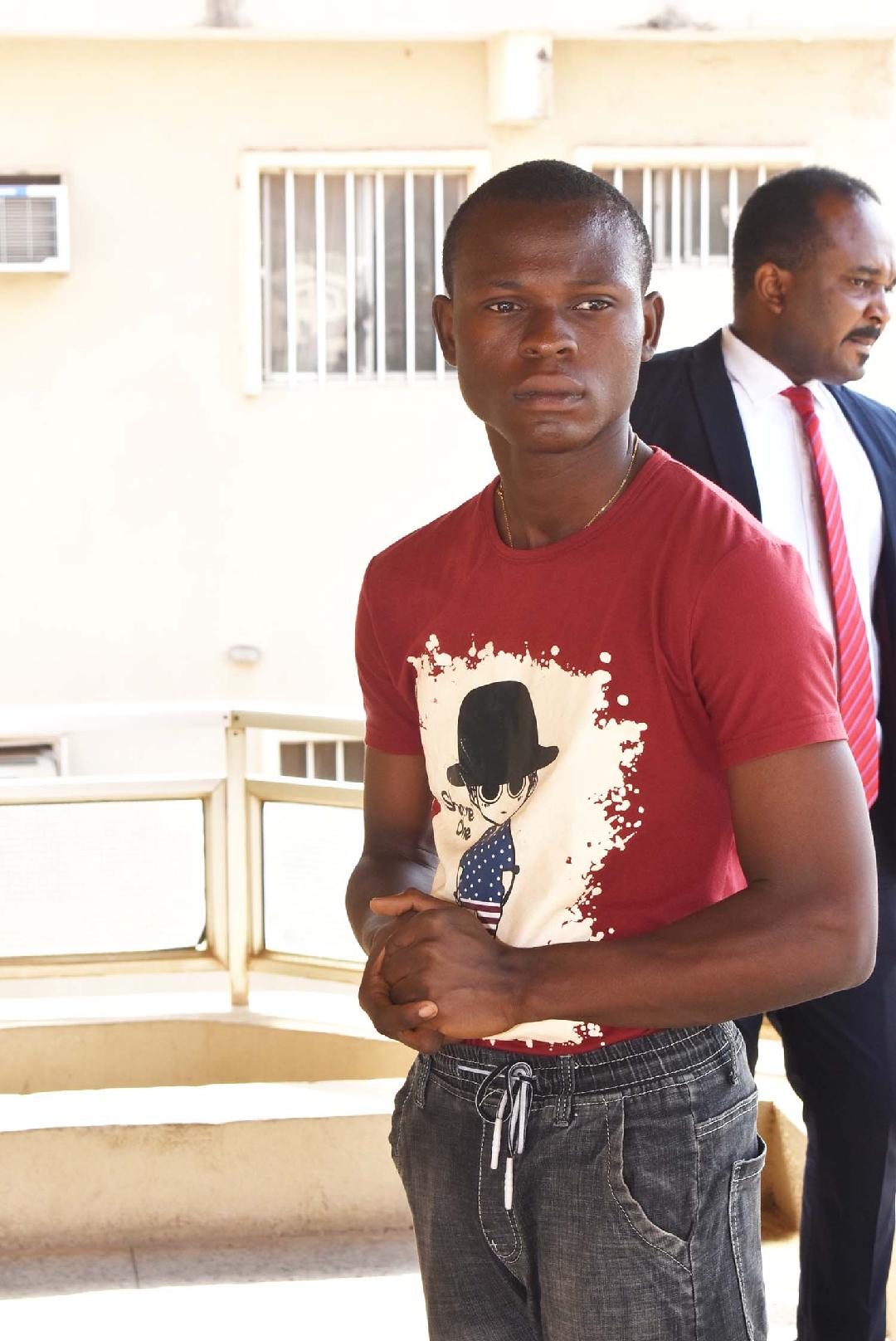 Arrested by the Police Unit of Securities and Exchange Commission (SEC), Balogun, who hails from Kogi State, was arraigned on a one-count charge of impersonation contrary to Section 179 of the Penal Code Law, Chapter 89 before Magistrate Ibrahim Mohammed of Senior Magistrate Court Zone 6, Wuse, Abuja.

Specifically, he was accused of Impersonating Afrinvest West Africa Plc and defrauding unsuspecting investors and admitted using the company’s name and logo to lure his victim to invest, promising a 100% return on investment within 45 minutes.

After the charge was read to him, the accused pleaded guilty to the charge following which Mohammed noted: “You are very talented, you should have used your talent in legal ways to help yourself and your family, instead of resorting to crime

“Since he is a first time offender, this court will temper justice and sentence him to prison for one year without an option of fine.”

A statement by Efe Ebelo, head, corporate communications of the SEC recalls that Afrinvest, in September 2019, wrote to the commission accusing a certain Olalekan Balogun of impersonation.

Afrinvest had alleged that the man used the company’s name to open a WhatsApp platform to lure investors, promising double their investments in 45 minutes.

According to ASP Abubakar Shehu Mandiya of the SEC Police Unit, the culprit pretended to be the MD of Afrinvest.

When the culprit was interrogated, he gave his age as 19, and that he started the business in June 2019.

“So far I have been able to raise about N30,000.00 in the account from about 15 investors. This is because most of the investors pay in mostly One to Two Thousand Naira only, except for one that invested N10,000.00 only. It is only after discussing with them and gaining their confidence that I now forward my account details for payment.

“What prompted me to start the business was an advert that I saw on facebook and I decided to copy. The advert is about investing and getting double payment. I only picked the name Afrinvest because I know that it is an investment company when I saw it on media. I copied and pasted the name and started using it for my business” he added.

However, the convict confessed that he is aware that the act is illegal, which made him to stop in September, which unfortunately was the period Afrinvest reported to the SEC and investigation began.

According to him, “it’s the work of the devil and I advise people that are into such activity should stop as there is no gain and peace of mind in the business and it will add more problems and you can never escape the law.”

The statement recalled that the Acting Director General of the SEC, Ms. Mary Uduk had persistently urged investors to be wary of any investment proposing unreasonable returns, advising members of the public to always ascertain whether such fund managers and the products on offer were registered with the SEC.

Uduk said that the capital market was properly positioned to provide benefits to Nigerians, following which the commission has engaged in a lot of investor education to enhance understanding of issues around the capital market.

For her, “this is for the all-important purpose of ensuring that the gains of your participation, be these dividends, proceeds from share sales/transfers, etc, accrue to you seamlessly without sweat and in the shortest time possible.

“The purpose is also to ensure that you do not fall victim to the antics of fraudsters who purport to be able to double any amount of money you make available to them as investment value.

“These fraudsters or promoters of Ponzi schemes are the false prophets of the investment environment; they are the ill-wind that blows no good and at whose sight you must flee. They are to be avoided.

“This is one message you must keep spreading to family, friends, relations, and acquaintances in order to save them from the agony of loss of their hard-earned money. Please note that anyone that subscribes to these illegal activities do so at their own risk,” she stressed.