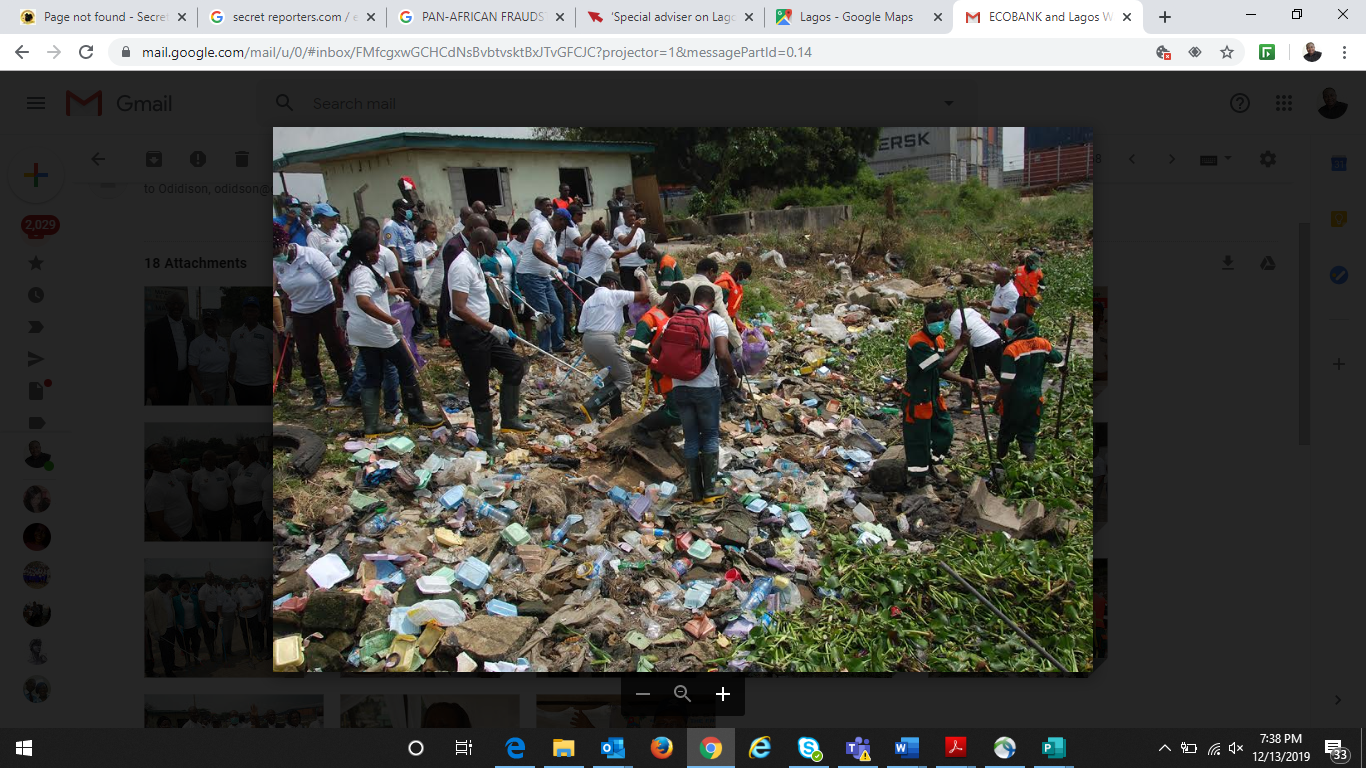 Post Views: 115 Ecobank Nigeria, at the weekend, said it is partnering the Lagos State Ministry of Environment in its Waterfront Clean-Up Programme ex...

Ecobank Nigeria, at the weekend, said it is partnering the Lagos State Ministry of Environment in its Waterfront Clean-Up Programme expected to enhance the preservation of the marine ecosystem.

The exercise, tagged “Cleaner Waterfront Our Pride”, which was flagged off on Thursday at the Lagos State Government, Ferry Jetty, Amuwo-Odofin, is also expected to effectively facilitate socio-economic activities like transportation, power generation, irrigation and habitat to aquatic life.

A statement by the bank quoted Joe Igbokwe, Special Adviser to the Lagos State Governor on drainage and water resources, as saying the project is dedicated to cleaning the state’s coastline.

While commending for its continuous support for environmental sustainability issues, Ecobank for the initiative, Igbokwe said the programme is aimed at educating people on ways of disposing of plastic waste properly, rather than dumping them into the gutter and how to preserve the Ecosystem in general.

As stakeholders, he urged everyone to get involved in helping to preserve the environment.

Also speaking, the Managing Director, Ecobank Nigeria, Patrick Akinwuntan said the partnership to clear up the Lagos waterfronts is part of the bank’s Corporate Social Responsibility (CSR) policy of supporting sustainability initiatives with a view to making the environment safer for living.

According to him, the partnership with the Lagos State Government and other non- government organisations across the continent is in that direction, noting that the water bodies are priceless gifts of nature with huge aesthetic, tourism, and economic values. He lamented that these, however, had been subjected to all forms of abuse and degradation, including dumping and littering with solid wastes and all forms of debris.

The Managing Director who was represented by Tunde Dawodu, a General Manager, called for a culture change on the way garbage is disposed of, in recognition of which Ecobank, last May, launched a campaign tagged: ‘Plastic Bottle for Cash.’ The initiative was targeted at picking up four million bottles from the Lagos drainages, following which Lagos residents were encouraged to exchange plastic bottles for cash at designated locations across the State. Of the four million target, over two million used plastic bottles have so far been removed from the streets as the project continues to the end of the year.

According to him, “this initiative is part of our sustainability week for 2019, designed to create awareness on environmental sustainability and to buttress the fact that as a bank, we take time in helping to protect the environment where we operate. Ecobank is an environmentally friendly and socially responsible entity in alignment with the expectation of the Nigeria Sustainability Banking Policy of Central Bank of Nigeria.”

He noted that the 2019 campaign centered on cleaning Lagos and its environs of used plastic bottles along streets, drainages and waterways by collecting and recycling four million plastic bottles.

“We hope to reduce this menace affecting our ocean marine life and threatening the food chain. As a responsible corporate organization, the bank will do all it takes to check the trend to ensure a safer living environment for every one of us,”