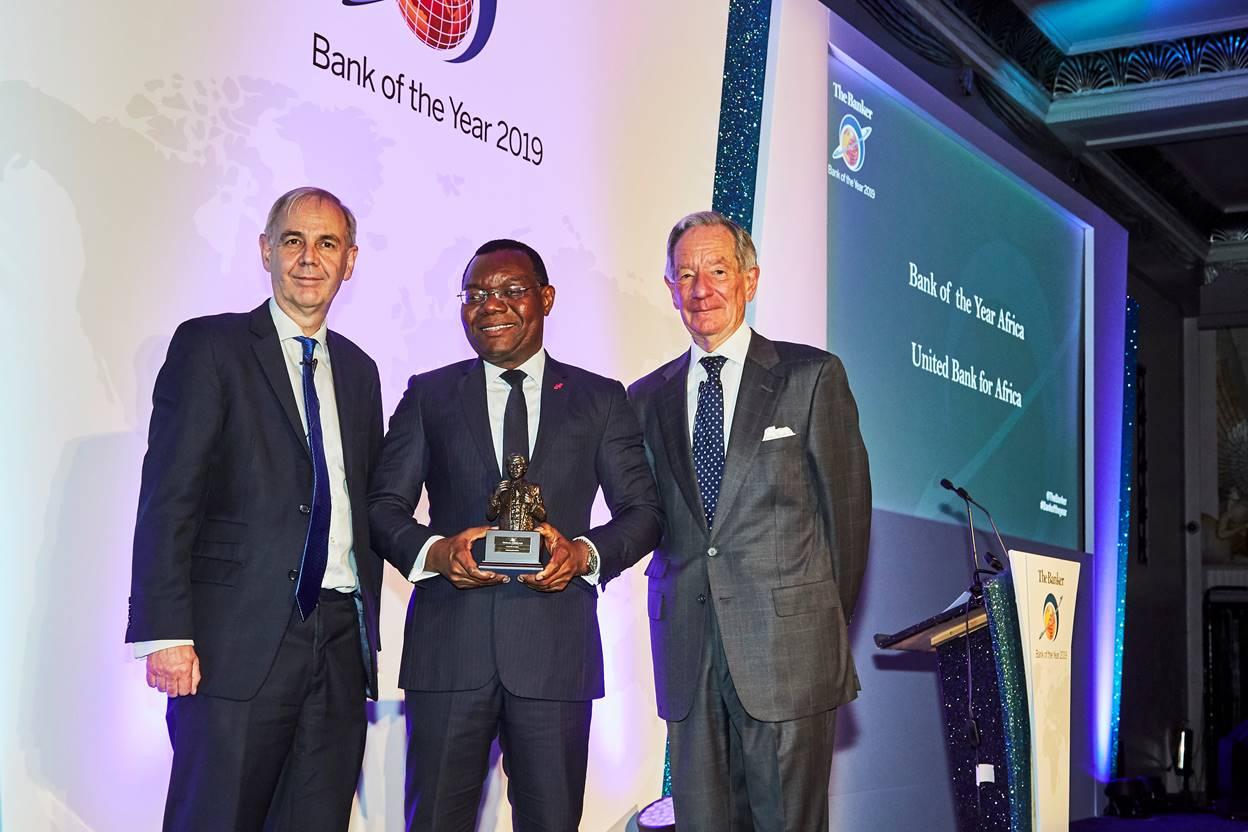 Post Views: 142 For the second time in three years, the United Banker for Africa Plc, at the weekend in London, emerged as the “African Bank of the Ye...

For the second time in three years, the United Banker for Africa Plc, at the weekend in London, emerged as the “African Bank of the Year 2019,” in addition to six of its subsidiaries clinching best bank category in Benin, Tchad, Gabon, Congo, Cote D’Ivoire and Sierra Leone.

The bank won the award organized by The Banker Magazine in 2017.

The unprecedented win marks the first time ever in the history of the banker awards, that anyone bank will be given as many as six wins including the grand regional award.

UBA Group was represented at the awards ceremony by its CEO, UBA Africa, Victor Osadolor, who received all seven awards.

John Everington, Middle East and Africa Editor for The Banker, said the aim of the award “is to highlight industry wide excellence within the global banking community.”

The winner, he explained, “is selected from participating banks in each of the countries from which entries are received for the competition.”

Receiving the awards, Osadolor assured that “UBA group will continue to innovate and lead in all our business segments, whilst delivering top-notch operational efficiencies and best-in-class customer service. We are beginning to realise early gains from our ongoing transformation programme and I am excited about the days ahead.”

Commenting on the feat, a statement by the bank quoted its Group Managing Director/Chief Executive, Kennedy Uzoka, as expressing delight over the recognition from The Banker, which he explained, are “a reassurance that we are on track in consolidating our leadership position in Africa, as we continue to create superior value for all our stakeholders.

“UBA must be doing something right, and for us, these awards mark another milestone for the Group. It is a testament to the diligent execution of the bank’s strategic initiatives geared towards customer service. Being recognised as Africa’s best bank complements positive feedback from customers and is a recognition of our improving efficiencies, service quality and innovation. I, therefore, dedicate it to our growing loyal corporate and retail customers, who are our essence.”

Uzoka dedicated the awards to the UBA’s customers, “whose loyalty, support and patronage have remained the source of the group’s growth and competitive edge in all the markets we operate.”

The Banker Magazine is a publication of the Financial Times – a leading global finance news publication that has been in existence since 1888. The Banker magazine is the definitive reference in international banking for high level decision-makers globally.

The “Bank of the Year Awards” are widely regarded as the Oscars of the Banking Industry.  For over 90 years, The Banker has been the world’s leading monthly journal for the banking industry.