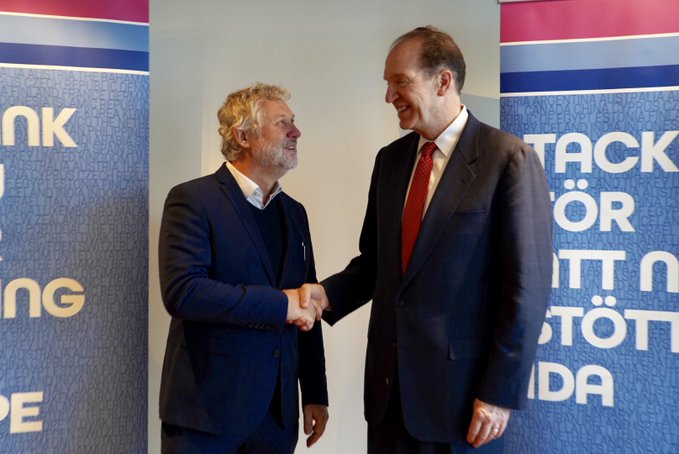 Post Views: 123 A global coalition of development partners, on Friday, in Stockholm, Sweden, agreed to sustain the fight against extreme poverty, with...

A global coalition of development partners, on Friday, in Stockholm, Sweden, agreed to sustain the fight against extreme poverty, with a pledge of $82bn for the International Development Association (IDA), the World Bank’s fund for the poorest of nations.

The financing, including over $53bn, representing 64.63% of the total, is to help African nations meet the needs of their people, boost economic growth, and bolster resilience to climate shocks and natural disasters.

The funding, the 19th replenishment in the series, will cover the three years from July 1, 2020, to June 30, 2023, and will allow IDA to reinforce its support to job creation and economic transformation, good governance, and accountable institutions.

The new replenishment is to help countries deal with the challenges posed by climate change, gender inequality, and situations of fragility, conflict, and violence, including in the Sahel, the Lake Chad region, and the Horn of Africa.

Specifically, the amount is billed to support projects expected to deliver life-changing results, such as “essential health, nutrition, and population services for up to 370m people; safe childbirth for up to 80m women through provision of skilled health personnel; enhanced access to broadband internet for 50 to 60 million people; immunizations for up to 140m children; better governance in up to 60 countries through improved statistical capacity; an additional 10 GW of renewable energy generation capacity,” according to a statement by the World Bank.

World Bank Group’s President David Malpass, described the commitment as “a strong sign of their support for the urgent mission to end extreme poverty and promote shared prosperity in the poorest and most vulnerable countries.

“We are grateful for their continued trust in IDA and its ability to deliver good development outcomes for people most in need,” he added.

IDA, the statement noted, will renew its support to facilitate growth and regional integration, including investments in quality infrastructure.

To promote greater equity and economic growth, IDA says it will also tackle broader development challenges, such as enhancing debt sustainability and transparency; harnessing and adapting to transformative digital payment technology; promoting inclusion of those living with disabilities; strengthening the rule of law; and investing in human capital, including efforts to achieve universal health coverage.

Along with these priority areas, IDA will equally sharpen its focus on crisis preparedness, resilience building, and supporting countries in their national climate-related action plans.

The successful replenishment of IDA was supported by contributions from 52 governments. While additional countries are expected to pledge in the near term, contribution to the fund also came by way of repayments of outstanding IDA loans, contributions from the World Bank, and financing raised from the capital markets. This unique financial model enables IDA to achieve greater development impact than any other organization.

Since 1960, the statement recalled, the IDA has provided over $391bn for investments in 113 countries, besides combining global expertise with an exclusive focus on reducing poverty and boosting prosperity in the world’s poorest countries.

Seventy-four countries, including low-income countries (which the World Bank defines as nations with per capita gross national income (GNI) of less than $1,026), small states, and island economies, are eligible to benefit from this replenishment package.