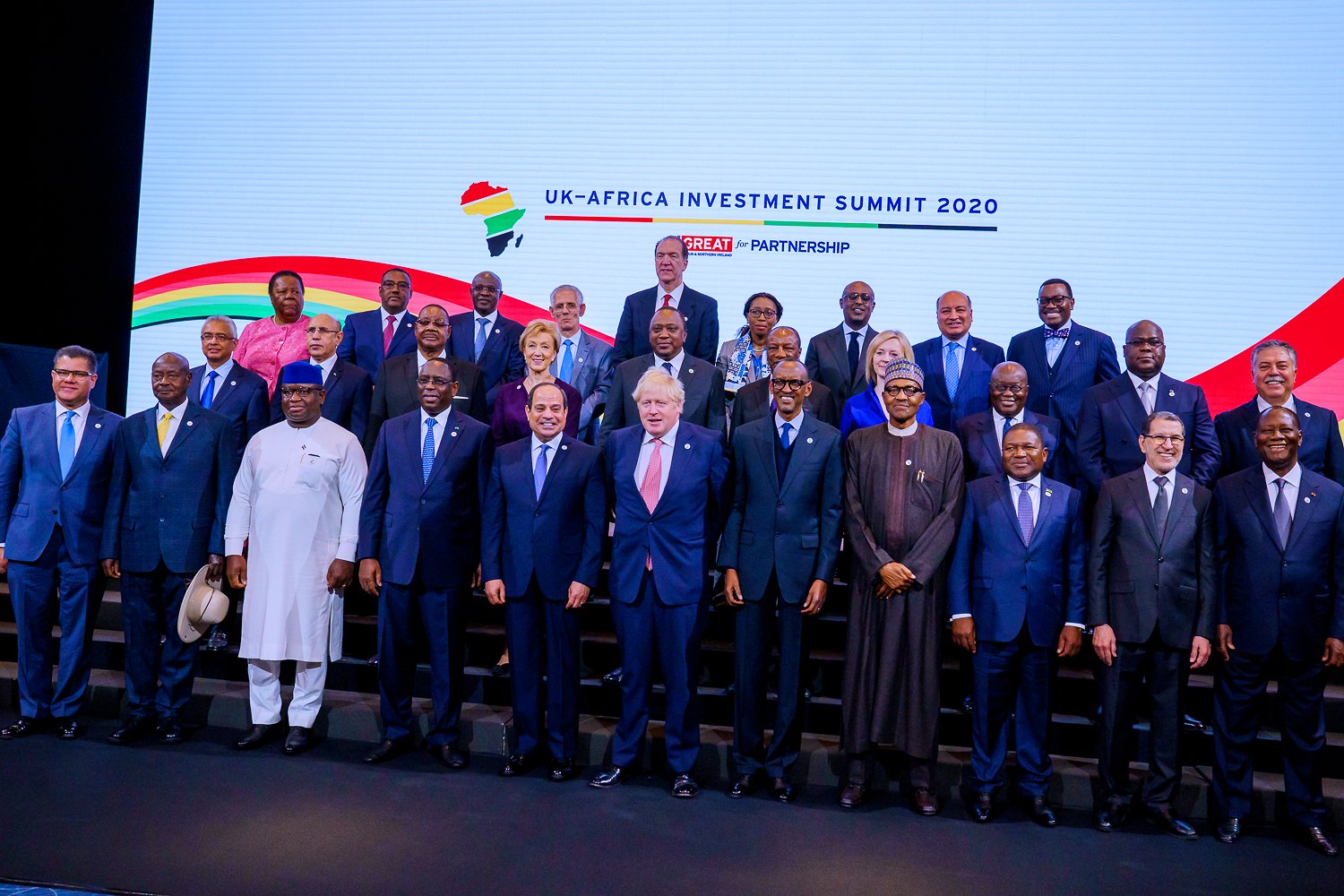 •Says Continent’s Investment Risk Exaggerated
President of the African Development Bank (AfDB), Dr. Akinwumi Adesina, on Monday, said the issue of risks associated with investing in Africa is exaggerated.
Adesina, who spoke at the opening ceremony for the 2020 UK-Africa Investment Summit, Monday, attended by dignitaries and delegates from 16 African countries, including President El Sisi of Egypt, noted that although Africa’s risk of loss is lower than Latin America, funds still are not being channeled into the continent.
According to him, “there are $8tr of assets under management in London, but only 1% is invested in Africa.”
While recalling the achievements of the Africa Investment Forum – a game-changing initiative led by the AfDB and key partners to accelerate investment in the continent, he urged investors to look to Africa.
The unique multi-sector platform is designed to advance bankable deals to financial closure. At the 2019 Forum, which took place in Johannesburg, South Africa, deals valued at $40.1 billion secured investment interest.
As part of her comparative advantage, African is home to eight of the 15 fastest-growing economies in the world and is expected, by 2030 to house 42% of the world’s youth, which would constitute an incredible workforce and potential consumers.
Also speaking, President Mohamed Ould Cheikh el Ghazouani of the Islamic Republic of Mauritania, shared opportunities offered by the blue ocean economy and substantial reforms currently underway to attract foreign investors.
In his words, “we have reinforced security along our coasts. Other measures include the establishment of a Council on Investment. These huge efforts are showing tremendous results and it is giving comfort to investors.”
Also speaking at the event, British Prime Minister Boris Johnson called for bigger investments in Africa and renewed partnership between the UK and Africa, with UK companies take the chance to deepen economic ties with Africa, a continent with unmatched investment opportunities, several African leaders said at a high-level panel.
Referring to Africa as a booming continent with “staggering levels of growth,” Prime Minister Johnson said: “Look around the world today and you will swiftly see that the UK is not only the obvious partner of choice, we’re also very much the partner of today, of tomorrow and decades to come,” he said in his opening address.
The UK-Africa Investment Summit, the first of its kind hosted by the UK Government, was attended by the foreign secretary, Dominic Raab, the international development secretary, Alok Sharma, and Prince Harry.
The President of Ghana, Nana Akufo Addo, of Kenya, Uhuru Kenyatta, of Mauritania, Mohamed Ould Cheikh el Ghazouani and Secretary of State for International Development, MP Alok Sharma, also addressed a plenary panel discussion on ‘Sustainable Finance and Infrastructure – Unlocking the City of London and UK financial services for growth in Africa.’
President Kenyatta who rang the opening bell at the London Stock Exchange (LSE) marking the launch of Kenya’s first green bond at the LSE, made the case for innovative and sustainable investments in energy infrastructure. “We all must think out of the box in terms of energy…to ensure we produce more green energy. This first-ever sovereign green bond of $41.45 million will be used to build environmentally-friendly student accommodation in Kenya.”
Responding to a question about UK-Ghana partnerships, President Nana Akufo-Addo said in a world where Africa’s wealth is undisputed, “the City of London can play a significant role in bridging Africa’s huge infrastructure gap… and LSE can be a pivot in the new relationship with the continent. Indeed, one in four consumers will live in Africa by 2030,” President Akufo-Addo said.
Commenting on the summit as part of the Nigerian delegation led by President Muhammadu Buhari, the country’s Minister of Finance, Budget and Planning, Mrs. Zainab Ahmed, noted via her twitter handle, the improving trade, following which “attracting investment in Nigeria and Africa as a whole will be a major boost in the global economy.”
Also speaking at the event, Adesina announced a new $80m Bank-DFID infrastructure financing partnership, explaining that Africa’s $68-$108bn infrastructure investment gap per year is massive, depending on how it is viewed.
For him, it is a case of “either the cup is half full or half empty. To us, that is a $68-$108bn opportunity.”
In his concluding remarks, UK Secretary of State for International Development, MP Alok Sharma expressed confidence in the continent. “Africa has a fabulous future,” Sharma announced five partnerships to mobilise private sector investment in quality infrastructure on the continent. “The City of London can play a role in mobilizing resources for Africa,” Sharma said.
Speaking earlier, Prime Minister Boris Johnson announced that “from today, the British government will no longer provide any new direct development assistance for thermal coal mining or coal power plants overseas,” Johnson said.
The declaration aligns with the AfDB’s green agenda aimed at increasing investment in renewable energy. President Adesina announced last year at the UN General Assembly that the Bank was moving away from investing in coal.