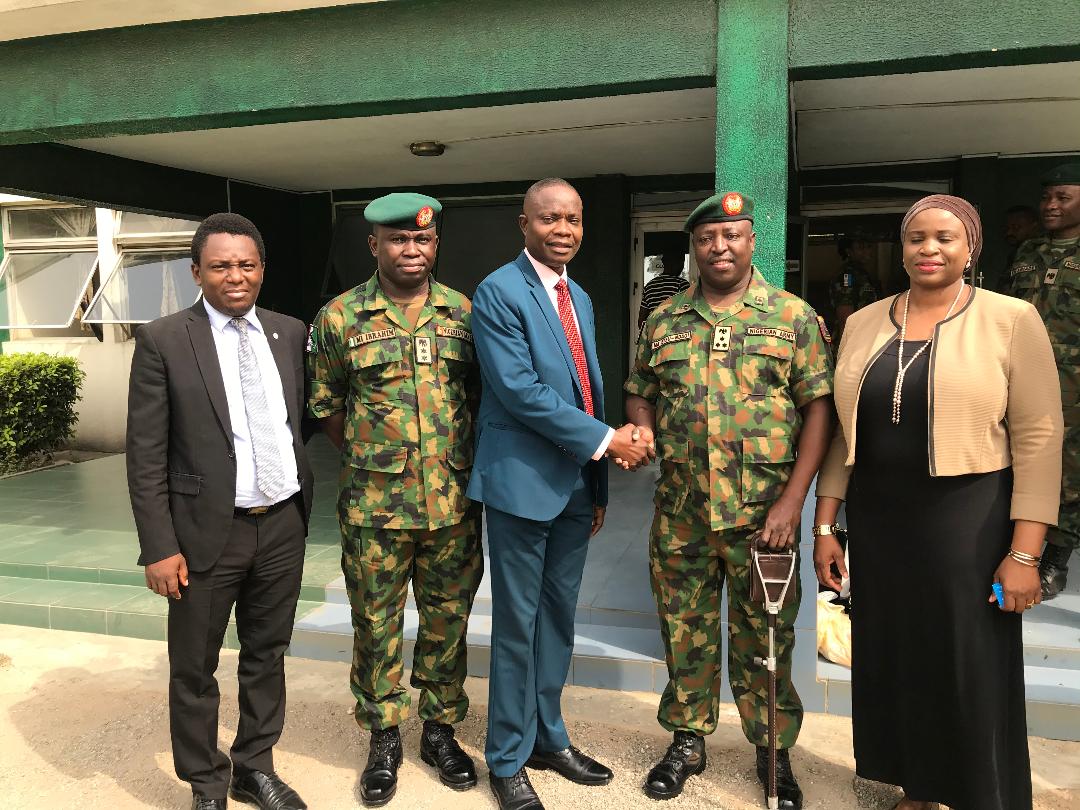 Post Views: 190 The Securities and Exchange Commission (SEC), on Thursday in Lagos, challenged officers and men of the Nigerian army who are already i...

The Securities and Exchange Commission (SEC), on Thursday in Lagos, challenged officers and men of the Nigerian army who are already investors in the capital market to explore all available channels to protect their investments.
Speaking during a visit to the 9 Brigade Nigerian Army in Ikeja, Acting Director General of the SEC, Ms. Mary Uduk assured that the commission has mechanisms in place to protect investors by ensuring that they receive the benefits of their investments. These, she noted, include e-dividend, Direct Cash Settlement, Regularisation of Multiple Subscription, Transmission of shares, among others.
These, according to Uduk, who was represented by Stephen Falomo, Head Lagos Zonal office of the SEC, have been “put in place to boost investor confidence.
“Investors are also protected through the National Investors Protection Fund (NIPF) Risk-Based supervision that enables the SEC to supervise the operators to ensure that they do not do what they are not supposed to do.”
Uduk said the commission also rolled out a Complaints Management Framework, whereby complaints by investors are resolved within a reasonable timeframe.
“For those investors that are averse to risk, they should get their financial advisers to advise them properly on where to invest.
“We also advise investors to take ownership of their investments. They have to be able to monitor their investments, attend Annual General Meetings as well as read the annual reports sent out to them.
Uduk added that the SEC is committed to protecting investors and will keep working on its rules and the possibility of amending them when the need arises, we want more transparency in the market so that investors will feel comfortable and the market can be better
“Several opportunities are available in the capital market. This is against previous enlightenment we did with the ordinance corps recently which was very successful.
“We want to let you know the opportunities that your officers and men can get in the capital market, and for those already investing we want to tell them how they can protect their investments”. She added.
Speaking earlier, Commander 9 Brigade, Nigerian Army, Brigadier General Musa Etsu-Ndagi said the Brigade is willing to collaborate with the SEC in a bid to enlighten more officers and men on the investment opportunities available in the capital market.
He said the Chief of Army Staff supports such steps and that is why before now he has gone ahead to encourage some investment opportunities which officers and men are already partaking in.
“We are ready to key into the opportunities available in the capital market because we believe it will assist us to invest wisely so that we can get the benefits of our investments while working and even when we retire” he stated.