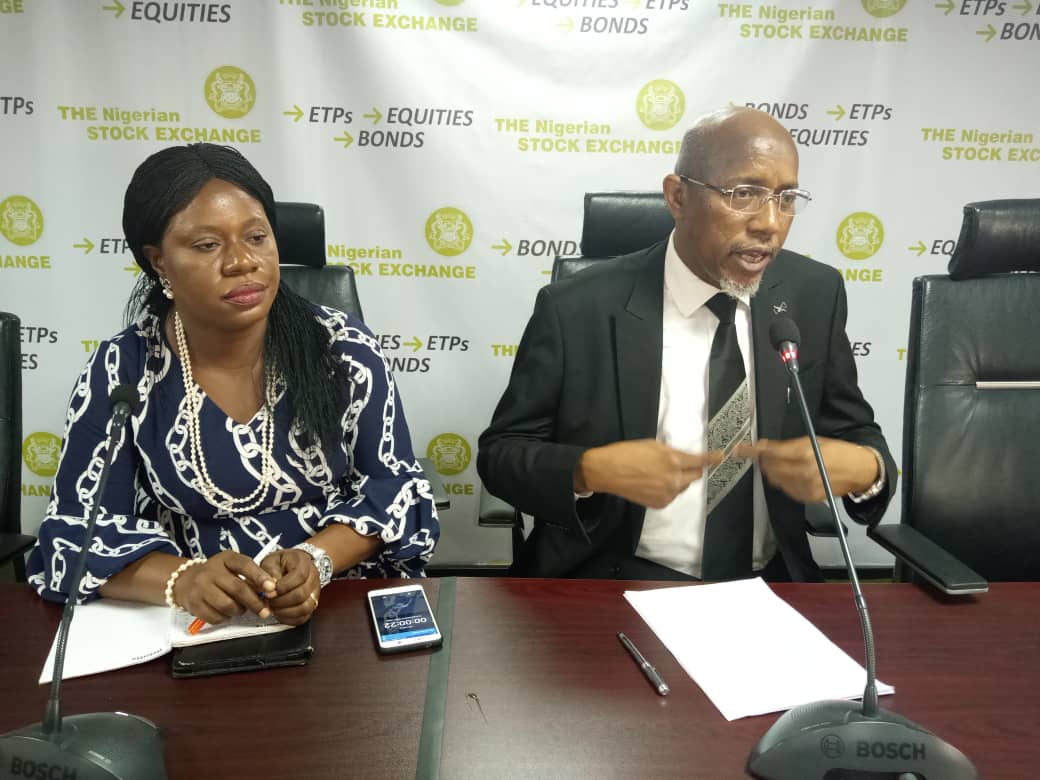 Why NGSE Will Record Double Digit Growth This Year- Kurfi

•Says Demutualisation Will Unlock Dead Capital
Managing Director, APT Securities and Funds Limited, Mallam Garba Kurfi, on Wednesday, projected that the Nigerian stock market will likely record double-digit growth this year based on the outlook for many of the industries and economic drivers.
Speaking at the first quarterly forum of the Capital Market Correspondents Association of Nigeria (CAMCAN), in Lagos, Kurfi urged investors and traders to position so as not to miss out on the inherent market recovery.
Beyond the fundamental and technical analysis of the various factors expected to drive the growth of the benchmark All-Share Index of the NSE, he noted that historically, the market has never recorded three consecutive years of loss. He recalled that as recently as 2017, the market recorded 42% growth after recording losses in the two preceding years, after which the index closed negative in 2018 and last year, which follows that the market could turn green this year.
One key driver of the expected market rebound, this year, he noted, is the policy direction of the monetary authorities which are making real money market returns unattractive, as a result of which funds will naturally flow into the capital market in search of better returns, as seen in January. Those that would attract such inflows, he continued, are companies in the building materials industry, at a time the early passage and assent of the 2020 budget, would result in more infrastructure spending by government.
The decision by the board of Dangote Cement to embark on buy-back as much as 10% of its issued shares, or 1.9bn ordinary shares this year, he noted, would enhance its value. Dangote Cement accounts for a significant proportion of the NSE total market capitalization. The stock, he stressed, is one any discerning investor should watch between now and 2022.
“Because of the buy-back by Dangote Cement, watch what the price will be,” he stressed.
He noted that the banking sector is unlikely to report as much robust “profit as they did in 2019 because they are pressured by the Central Bank of Nigeria (CBN) directive to meet 65% loan to deposit ratio (LDR),” Kurfi added.
While this would result in more interest income for them, he explained further, it would also lead to a rise in charges for loan loss on their books in the months and years ahead, even as the 500 basis points upward review in Cash Reverse Ratio (CRR) from 22.5% to 27.5% would increase the amount of sterile cash in the vaults of banks.
Kurfi noted that the restriction placed by apex bank in Open Market Operation and Treasury Bills participation if sustained would impact positively on the stock market.
According to him, the Export & Import window of foreign exchange policy should be retained to ensure the stability of foreign exchange.
Kurfi said that insurance companies were likely to do better because of the recapitalization with some engaging in mergers and acquisitions or takeovers.
Other companies that will drive the market, going forward, he noted are those into infant formulas, and water, among others, especially against the backdrop of the recently passed and assented Finance Act, 2019, which exempt certain products from Value Added Tax now at 7.5%. This exemption, he noted, has not led to a commensurate reduction in the prices of such goods, which means the companies will feel the impact of such in their bottom-lines and possibly pass the gains to shareholders in the form of enhanced dividend payment, which would reflect in the share prices.
He expects that the Finance Act would result in GDP growth of 2.5% this year, better than the 2.35% envisaged by the government.
In a review of the stock market in 2019, Kurfi said it was the worst in 10 years with negative returns in all the quarters, unlike other years when some quarters close red and others green.
He attributed this to the political tension in the build-up to the 2019 election which dampened investor confidence.

Photo caption: Mallam Kasumu Garba Kurfi, chief executive of APT Funds and Securities Ltd making a point during a review of the capital market and economy in 2019, and the 2020 outlook, organised by the Capital Market Correspondents Association of Nigeria in Lagos on Wenesday.