Access Bank recently presented its audited report for half-year ended June 30, 2017, in keeping with its post-listing requirement. The result revealed that top and bottom line were in the north direction, beating market expectations slightly, however came some days later than that of 2016.
Investors did not however react to the numbers due to the general lull in the market, just as investors and traders had already factored in the interim dividend offered by the directors before the official release of the financials.
The bank recorded a loss of N3.65bn in the process of securities trading, compared with its N33.09bn gain in the corresponding period of 2016, despite the high yield fixed income environment. This view suggests that management prefer derivative instruments which did not support its bottom line for the period under review. The total impaired loans and advances was N45.50bn, up from N36.61bn in 2016, thereby increasing the bank’s total loan loss, thereby raising risk assets to 2.48% from 1.97% in the previous half year.
FX revaluation gain of N59.02bn for the period boosted the bank’s profitability from the preceding N11.11bn loss in 2016, just as the interbank FX rate has stabilized helped by the continued CBN intervention in the FX market that had made the investors and exporters window robust to support inflows of funds into the economy.
The real numbers released in comparison to 2016 showed growth that revealed the strength of the bank, its profitability and investment ratios.
Gross Earnings for the period grew by 41.70% to N246.38bn from N174.01bn in 2016, while profit after tax was up by 17.3% from N33.64bn in 2016 to N39.46bn, irrespective of the 29.61% drop in fees and commission income to N25.08bn from N35.63bn in 2016. Income tax expenses went up by 21.53% from N10.36bn in 2016 to N12.59bn, with other operating expenses growing by 44.67 % to N69.14bn from N47.79bn revealing that the operating environment is still harsh due to infrastructural problem that is eaten up profit, pushing many companies into the red. In all, the result turned out good, considering the several tight economic regime within which the financial institutions operated through the reported quarter.

The bank’s earnings trended up from Q1 to Q2, indicating that it could surpass full-year estimates, helped by the implementation of the five-year strategic rolling plans that would further expand operations within and outside Nigeria to boost performance that will create more value for shareholders and the banking public. It must be noted also that the bank’s investment in infrastructure to strengthen operation and product offerings supported its speed, services and security position at all time had started yielding results.

Access Bank’s price action for more than a year has formed a bullish channel with positive sentiments supporting the uptrend, despite pockets of pullbacks as a result of profit taking by traders at different intervals. The bank’s strong numbers and low valuation has continued to attract investors, but the recent double top chart pattern formation that had supported this ongoing correction as a result of profit taking has created opportunity for repositioning ahead of earnings season speculating trading. Investors with long term goals should position in stages as the stock is now trading at a discount, considering its price to book ratio of 0.59x.

The bank’s profitability and investment ratios for Q2 is good to drive price but improvement in subsequent numbers would help to sustain uptrend, after the expected pull back. The stock looks attractive to traders due its innovativeness for which it has been known over the year.
On the other hand, the management’s plan to further strengthen its presence in other Africa countries is a good move that would help to diversify its operational bases and further boost bottom line to hold price. As the bank’s Q3 Earnings Per Share (EPS) is projected to be in the region of N2.05 kobo.
The bank’s proactive nature and management style has influenced all aspects of its operations as reflected in the recent numbers posted in recent years. This impressive performance from the bank after taking strategic positions that saw its price in an oscillating mood, thereby creating wealth for traders that bought low and sold high on the trendy movement before the current retracement sustained as investors sold to meet need at this point which slow down the price rally for now after recording 84.5% gain as at released date of 2016 to that of 2017.
In the same direction, the bank’s shareholders fund has grown from N428.62bn in 2016 to N480.48bn. Investor confidence and strong numbers from the bank supported its price as valuation tools placed Access Bank’s stock at N15, representing a 51% upside potential from the current market value of N9.90.

The bank’s performance in the past four years shows gross income on year-on-year basis increased from N206.79bn in 2012 to N381.32bn in 2016, representing 84.4% rise for the period. The post-acquisition impact and aggressive leadership style, which follows the strategic plans and implementation has supported this up trending earnings so far in the last four years. Despite this improvement in gross earnings, it is obvious that profit margin for the period under consideration has been fluctuating, reflecting the high operating cost and provisions for bad loans.
Innovation and change in management style has improved service delivery, regardless of the over-regulation in the banking sector and headwinds that come with the economic recession that piled pressure on the sector’s earnings capacity in recent times.
The Dividend Yield of 6.82% is a laudable achievement, considering how many times the sector has been downgraded by international rating agencies, following the downgrade of the sovereign (Nigeria) where these banks operate. The earnings account for 32% of the market price as at the released date. Thus the period for return on investment has been volatile as shown in the table above.
The key profitability and value indicators like Net Asset has continued to rise on a yearly basis, corresponding to the estimated Book Value that grew to N15.71 from N10.68 in 2013, which is significantly above the N6.51 per share market value.

The bank’s earnings per share for the four-year period increased, reflecting its earnings power, despite the additional shares at post-acquisition which did not dilute the EPS for the period under review. The amount earned per share increased from 159 kobo in 2013 to 247 kobo in 2016. The improved earnings within the period has reduced investors waiting period due to changes in share price as recoupment period has declined from 4.62x in 2013 to 1.91x in 2015 before adjusting up in the recent report as a result of the N6.82 market value as at released date.
Price to Book Value for the period dropped to 0.34x in 2015 from 0.81x in 2013, before moving up again in 2016 to 0.43x to reveal the inherent value in Access Bank. Also, there is a high margin of safety for investors looking the way of this stock at current market price. Earnings Yield, Return on Equity and Profit Margin were up from 2013 but down from previous year’s figures. On the strength of the figures posted and consistent dividend payout for the past four years, the stock is fairly priced at N15. 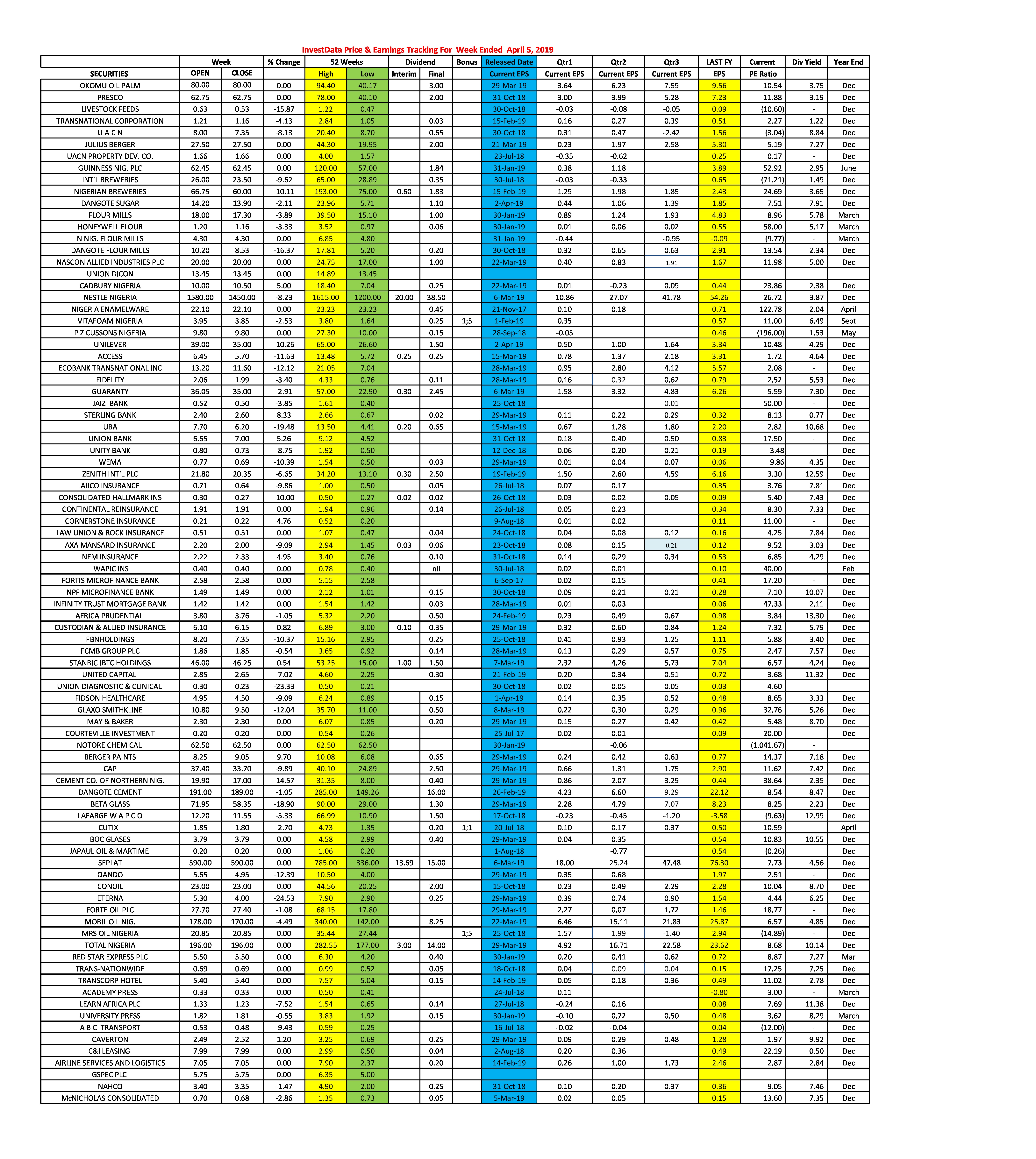 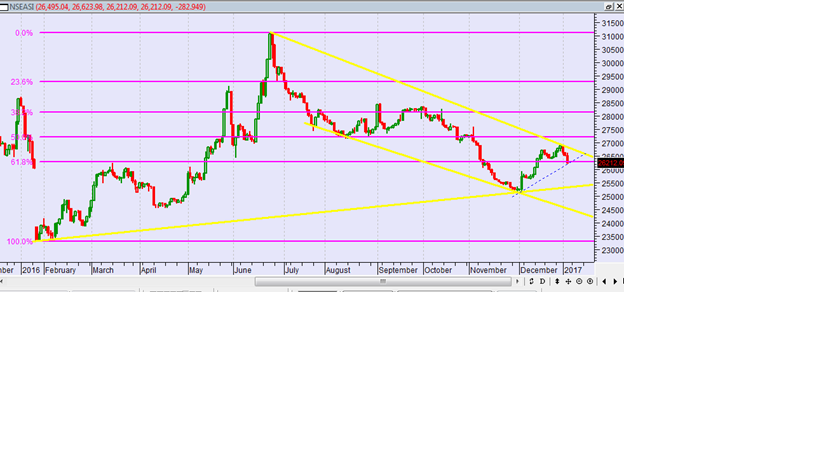 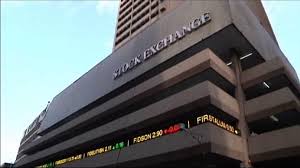 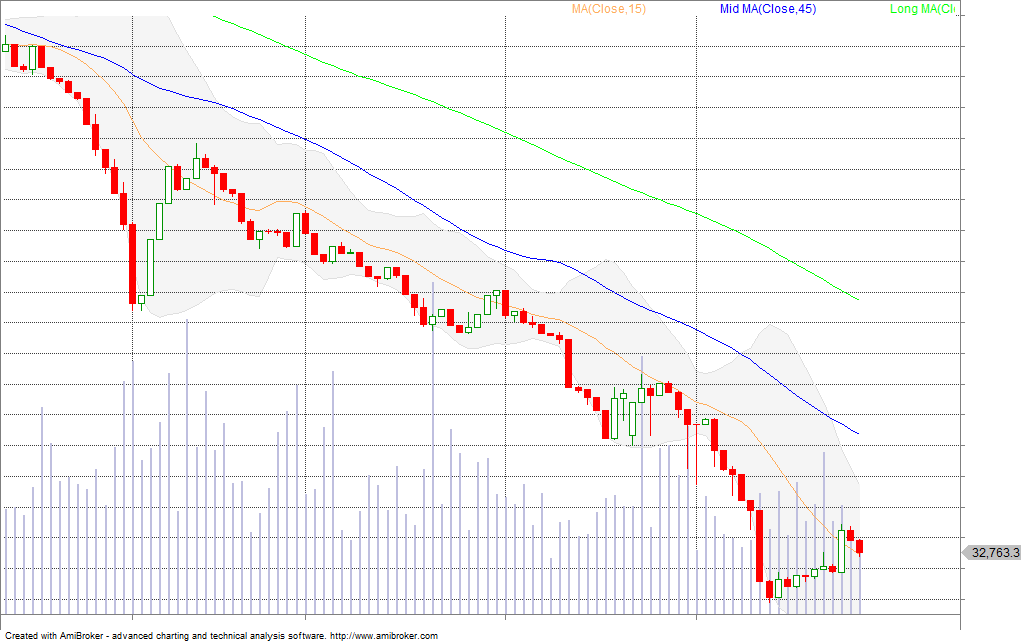 Volatility May Linger On NGSE Ahead Of Week, Month, Q3 Portfolio Rebalancing