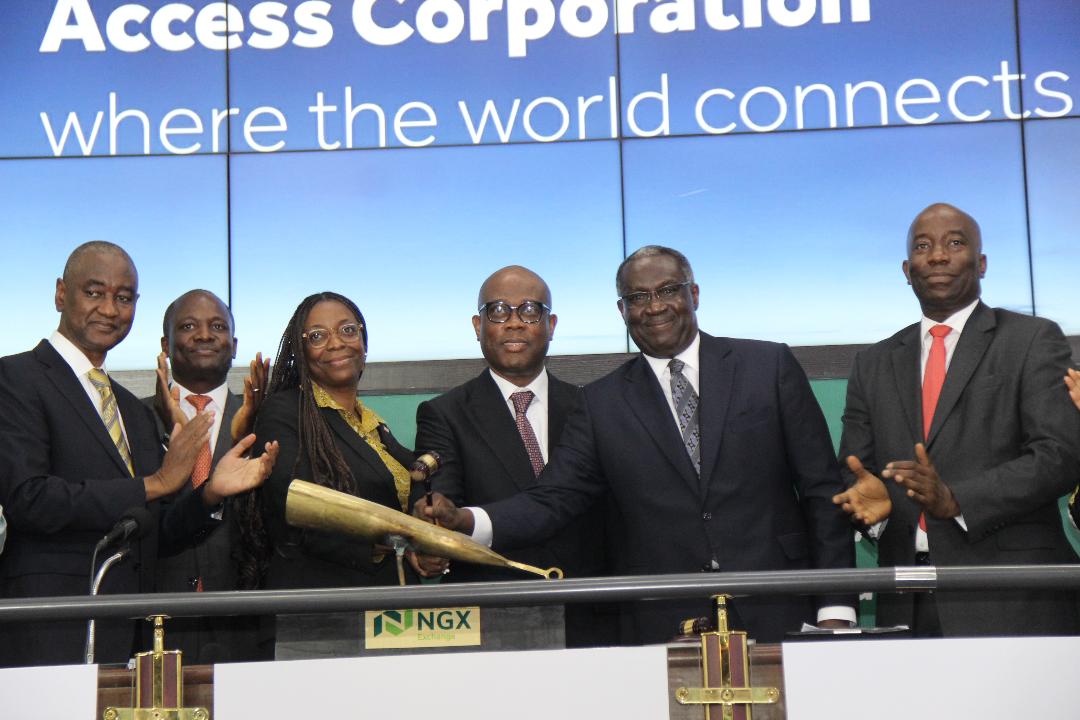 Access Holdings Plc (formerly Access Bank Plc), on Thursday also presented its performance scorecard for the first quarter ended March 31, 2022, showing its effectiveness in raking in earnings income, and the need to work more on its efficiency to ensure it also becomes most profitable, as competition in the industry daily becomes fiercer.

Highlights of the results include the N295.735bn gross earnings, which makes it the biggest yet, up from N222.141bn in the corresponding period of last year, on which it recorded a net profit of N57.399bn, up from N52.549bn in the prior Q1. Earnings could have been more robust, but for the drop in net interest income from N93.959bn to N87.358bn; in addition to the net loss on financial instruments at fair value of N44.627bn, from the gain of N27.067bn in the first quarter of 2021. Of this amount, fair value loss on non-hedging derivative ballooned to N85.807bn, from a gain of N35.282bn; made less impactful by the trading gains on fixed income securities of N43.362bn from a previous loss of N1.288bn..

Meanwhile, also on Thursday, directors of Access Holdings Plc were at the NGX Exchange trading floor to commemorate its successful restructuring into a holding company, and listing of 35,545,225,622 ordinary shares on Thursday, April 28, 2022, with a closing gong ceremony.

Welcoming the visitors, Chief Executive Officer, NGX Limited, Temi Popoola, commended the group for its contribution to the Nigerian growth story, while also using the opportunity to emphasize NGX’s commitment to collaborating with institutions driving growth in the Nigerian economy

Popoola further noted that the exchange is proud to be part of the progress that Access Holdings has successfully achieved over the past 20 years while assuring that the company will find a worthy partner in the Exchange as it commences its new journey”.

The Exchange, he continued, “is better positioned to lead government advocacy efforts for listed companies, promote technology advancement and digital innovation for the capital market, and increase retail investor participation in the capital market aimed at building a market for the future and addressing the prevailing challenge of financial inclusion. We welcome Access Holdings Plc to a renewed NGX and look forward to deepening our collaboration to develop and push for disruptive, out of the box ideas financial products that will dimension the next curve for the capital market”.

Also speaking at the occasion, Chairman, Access Holdings Plc, Bababode Osunkoya, described Access Holdings Plc as “an evolutionary expression for us which signifies our moving away from what was known as Access Bank into a financial institution. We acknowledge the impact of our collaboration with The Exchange over the years and we look forward to continuing this mutually beneficial partnership to take Nigeria and Africa to the world”.

He recalled how “in 2004, following the Central Bank of Nigeria mandated recapitalization initiative, Access Bank came to the Exchange on its maiden journey to raise capital. NGX created the platform through which we raised capital and quickly consummated one of the largest mergers in the history of this Country.  Today’s event marks a major milestone for us as we evolve from a traditional banking institution into a full-fledged financial services provider that would create an ecosystem of financial services for all Nigerians to benefit from. This is the Exchange that made Access Bank and we thank the Exchange for its continued support over the years”.