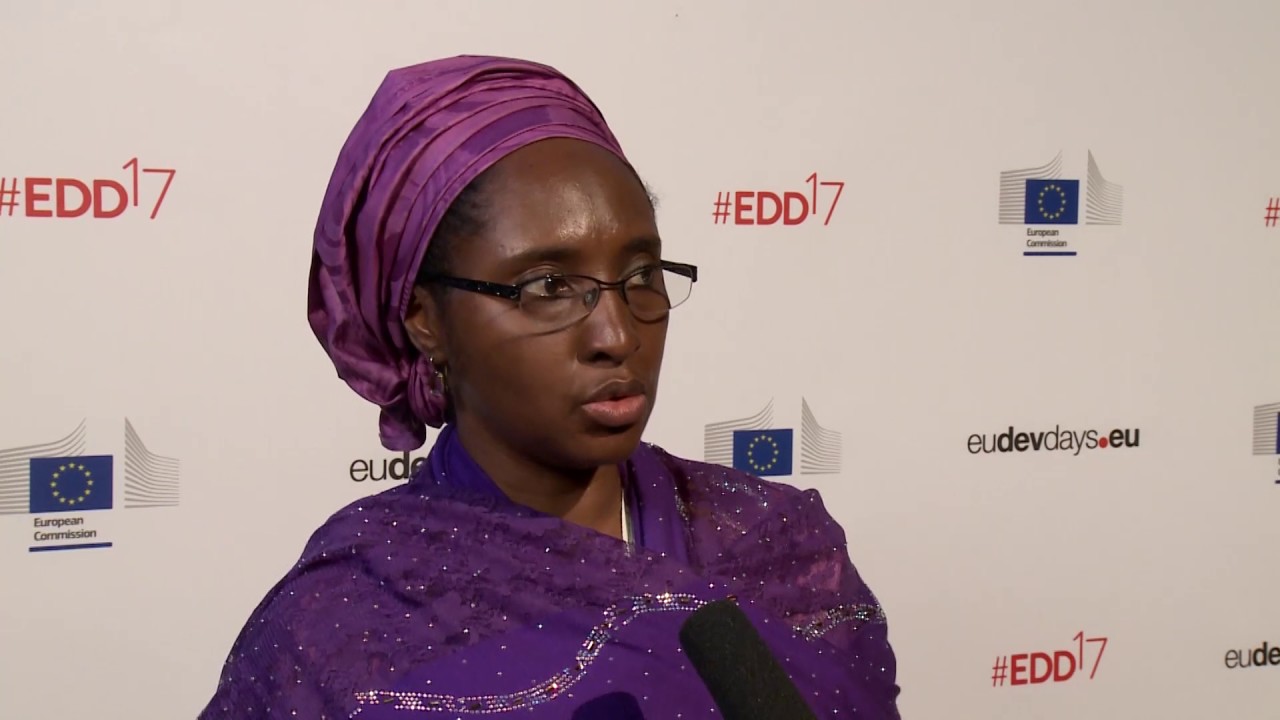 After hours of confusion over whether or not Finance Minister, Mrs. Kemi Adeosun, resigned her appointment, President Muhammadu Buhari, on Friday night, appointed Mrs. Zainab Ahmed to “oversee the Ministry.”
Adeosun’s resignation followed reports that she forged exemption certificate of the National Youth Service Corp (NYSC), after failing to participate in the mandatory one-year exercise after her graduation from university.
The President accepted Adeosun’s resignation in statement by Femi Adeosun, Special Adviser to the President (Media & Publicity), while appreciating “her services to the nation and wished her well in her future pursuits.”
Mrs. Zainab Shamsuna Ahmed Minister of State Budget and National Planning, who was born 58 years ago in Kaduna State, obtained a Bachelors Degree in Accounting from the Ahmadu Bello University, Zaria in 1981 and an MBA from the Ogun State University, Ago Iwoye.
She began her working experience at the Kaduna State Ministry of Finance in 1982 as an Accountant, from where she moved to Nigerian Telecommunication Ltd (NITEL) in 1995 where she worked in various departments and rose to the rank of the Deputy General Manager (DGM).
In 2010, she was appointed Executive Secretary of the Nigeria Extractive Industries Transparency Initiative.
Several media platform had earlier reported the resignation of Adeosun after several months of seeming protection by the Federal Government over allegations that she forged her NYSC discharge certificate.
Sources close to the embattled Minister were quoted as saying Mrs. Adeosun, former Commissioner of Finance in Ogun State, between 2011 and 2015, feels that her position is becoming untenable and is hurting President Muhammadu Buhari in the run up to the 2019 election.
Adeosun, a chartered accountant was born on March 9, 1967. She holds a Bachelor of Science degree in Economics from the University of East London and garnered work experience in various establishments including British Telecom Plc between 1989 and 1990; Prism Consulting, 1996-2000; from where she joined PricewaterhouseCoopers in the UK until 2002. That year, she returned to Nigeria and joined Chapel Hill Denham group in 2002 as Financial Controller, where she rose to the position of Managing Director until 2010. She resigned to start her own consultancy- The Quo Vadis Partnership, from where she moved to the Ogun State as Finance Commission.