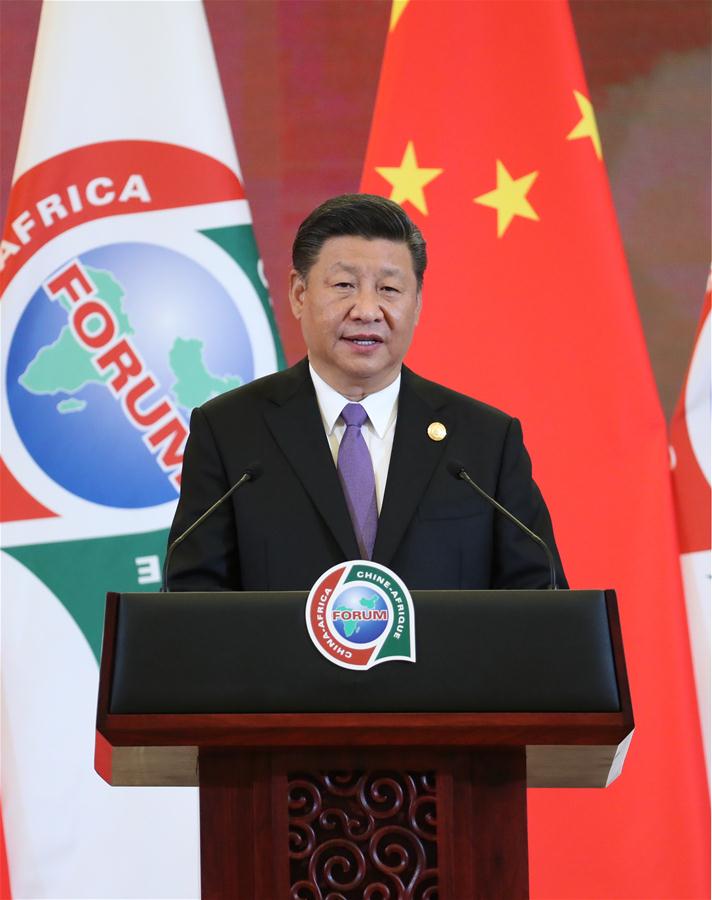 China’s President Xi Jinping, on Monday pledged a new $60bn facility in the form of aid, investment and loans to Africa, amidst lingering concerns over the continent’s mountain of debt that the International Monetary Fund (IMF), a member of the World Bank Group, says is at the verge unsustenability.
The announcement was made during the Forum on China-Africa Cooperation (FOCAC) in Beijing, a triennial meeting between senior Chinese leaders and their counterparts from across Africa.
The new facility would raise Africa’s exposure to China since 2000 to about $190bn which has been generally used to finance infrastructure projects, even as the IMF warns that 40% of low-income countries now in debt distress or at high risk of this.
China is now the single largest bilateral financier of infrastructure in Africa, surpassing the ADB, the European Commission, the European Investment Bank, the International Finance Corporation, the World Bank and the Group of eight (G8) countries combined.
At least 40% of low-income countries in the region are either in debt distress or at high risk, the IMF said in April.
But African Development Bank (AfDB) President, Dr. Akinwunmi Adesina, on Monday in a tweet on Monday, while reacting to the $60bn described the support “very significant.”
Adesina, former Nigerian agriculture minister was reported as telling the BBC: “A lot of people get nervous about China but I am not. I think China is Africa’s friend.”
CNN reports scholars from the China-Africa Research Initiative (CARI) at Johns Hopkins University as saying that Chinese loans were not yet a major contributor to this debt distress for most nations.
Jeremy Stevens, international economist for the Standard Bank Group, said many felt it would not be “politically appropriate” to pledge huge loans given concern that Africa is becoming overloaded with Chinese debt.
Stevens said Beijing’s decision not to hike loans to Africa said it shouldn’t be interpreted as a step back in relations.
On Monday, Xi outlined eight major initiatives in Africa over the next three years, including plans to establish a China-Africa trade expo, provide one billion reminbi ($146m) in food aid, extra imports to China from Africa, and a push for green development.
Uganda has taken $3bn of Chinese loans as part of a wider trend that Kampala-based economist Ramathan Ggoobi, a lecturer at the Makerere University Business School told the BBC, “comes with huge business for Chinese companies, particularly construction companies that have turned the whole of Africa into a construction site for rails, roads, electricity dams, stadia, commercial buildings and so on.”
Adesina however agrees that there “is the asymmetry of power in the negotiations of the transactions, where you are actually giving your mining rights away just because you want to build a superhighway.
“You are only dealing with one country, how are you sure that you are getting the best deal?”