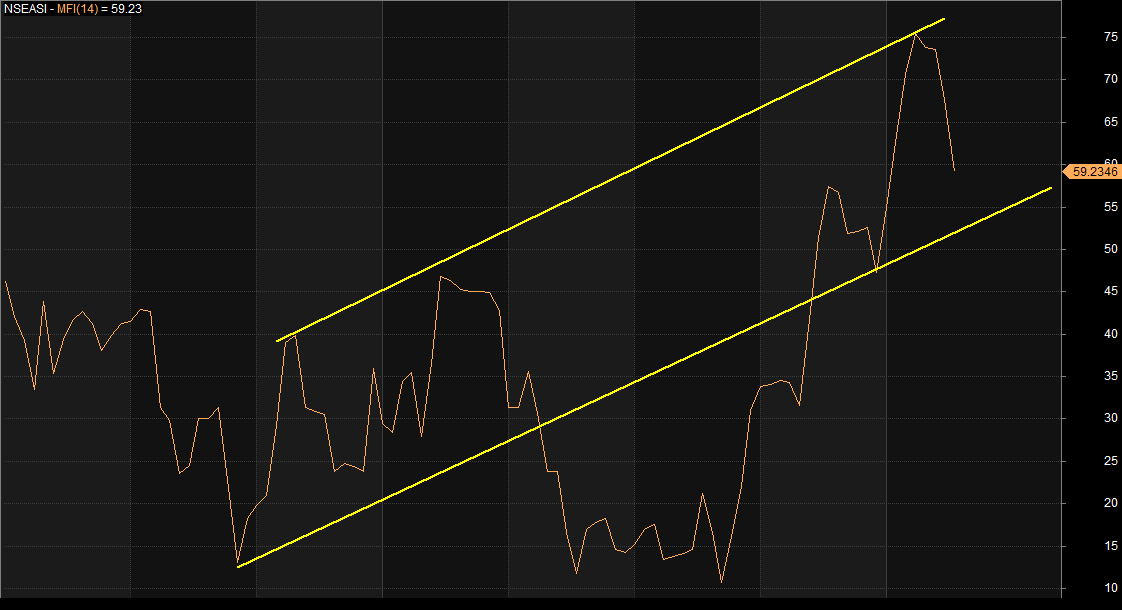 Market Update for the Week Ended February 21 and Outlook for Feb 24-28
Trading on the Nigerian Stock Exchange last week was dominated by mixed sentiment, as selloffs continued among highly capitalized stocks on negative economic news as the inflation rate in the country soared higher, amidst the heightening insecurity, among others.
In the past four consecutive weeks of decline, the market has almost given up all it gained in the first three trading weeks of January after the Central Bank of Nigeria’s Monetary Policy Committee deflated the new year rally by raising Cash Reserve Ratio for the banks by 500 basis points from 22.5% to 27.5%. This triggered an increased outflow of funds from the stock market at a time published unaudited Q4 numbers of listed companies were mixed in performance, dampening investor confidence to the extent that the few audited accounts so far from early filers like Nigerian Breweries, United Capital and Zenith Bank are yet to elicit positive sentiments. Not even their high dividend payout of N1.51, N0.50 and N2.50 respectively, has so far elicited the kind of behavior expected of the market, due to low liquidity in the system, arising from recent regulatory measures.
We expect that the rising inflation rate would induce speculation and increased patronage of the stock market going forward, as discerning investors seek to hedge against inflation, as audited financials and dividend news continue to hit the market. As earlier mentioned, the Q4 unaudited reports have given insight to investors as to where they should position for dividend income on the strength of company earnings that support payout. Investdata expects that such discerning investors would have started positioning in such stocks a week or two before the release date of their targets.
Last week also, stock markets around the world were mixed, as investors sought safety in gold while avoiding risky assets, bearing in mind the impact of inflation and coronavirus outbreak across the global economy. Chinese policymakers are offering to help companies hurt by the fast-spreading outbreak, with the hope of further monetary stimulus to mitigate the impact of the coronavirus epidemic on the global economy. Emerging and Frontier markets are not immune to the virus fears, which weighed down their respective indices.

Movement Of NSEASI
Still, on the Nigerian Stock Exchange, the last week experienced what is popularly called a dead cat bounce, as the composite All-Share Index suffered another bearish performance with four sessions of a down market. Tuesday and midweek’s session were flat at 0.08% and 0.09%, after the first trading session of the week closed also 0.67% down, after which the index gained 0.17% on Thursday, before pulling back on Friday shedding 0.69%, due to the continued selloffs in Guaranty Trust Bank, Zenith Bank, and Nestle to close the week in red.
The NSEASI opened the week trading at 27,755.87bps, touching an intra-week high of 27,818.09bps and low of 27,23.53bps on a flight for safety, in search of other investment windows offering high dividend yield. The index closed the period at 27,288.62ps, representing a 1.32% decline on a higher traded volume when compared to the previous week. Also, market capitalization fell to N14.27tr, from an opening value of N14.46tr, representing a 1.30% value loss. The difference in parentage change of the index and market cap was due to the listed of additional 4.4bn ordinary shares of AIICO Insurance at N1.20 (READ MORE). We note that last week’s rate of decline was higher than the previous 1.11% loss,
Low and medium cap stocks dominated the week’s advancers table, with continued sell pressure on high cap companies, while the accumulation of high dividend-paying stocks persisted in the midst of few audited corporate earnings that are yet to impact the market. Investors have also continued to trade cautiously in the expectation of more audited accounts and corporate actions.
Also, the prevailing mixed sentiment was evident in the market breadth which was down over the period, with decliners’ outnumbering advancers in the ratio of 28:24. The energy behind the week’s performance was strong, even if declining, as revealed by Money Flow Index reading 59.23bps, compared to the 67.68bps of the previous week.
The high volume of trade indicates a sell down among traders and investors as they position in medium and small-cap companies, even as Investdata’s Sentiment Report for the week was negative at 26% ‘buy’ volume, and 74% ‘sell’ position, on a transaction volume index of 1.17.

NSEASI Weekly Time Frame
From the above weekly chart of the NSE Index, the money flow index continues to indicate that funds are leaving the market while momentum indicators vary in their directional movement, with the index breaking down the Fibonacci retracement line of 61.80%.
It is clear that fund managers are holding cash in expectation of economic data like the 2019 Q4 GDP report slated for release on Monday, February 24, 2020, to see if there would be any silver linen in Nigeria’s economic sky after inflation rate for January hit 21-month high of 12.13% on the back of the continued border closure and insecurity that continues to fuel a rise in the prices of food item. The waiting game is expected to help investors determine which windows they will be considering, whether equity or fixed income especially against the ongoing assets repricing in the financial market.
The bearish stance and dominant trading patterns during the period reveal a dicey market, despite the earnings expectations that are likely to support a reversal if the numbers beat market forecast. The index broke down the 27,538.17bps within the period, an indication of weak inflow into the market as institutional investors and fund managers await the audited earnings reports.
The index, on a weekly time frame, is trading below its 20-Day Moving Average; the Relative Strength Index reads 45.47.

Bearish Sectoral Indices
All the sectoral indexes were in red during the week, except for the NSE Industrial Goods that closed in green at 1.02%, while the NSE Consumer Goods Index led the decliners, after shedding 6.75%, followed by the NSE Banking, Insurance and Oil/Gas indexes that were down by 2.62% 2.12% and 1.28%, respectively.
Market activities, in terms, of volume and value for the week, were up by 64.84% and 47.65% respectively, as investors exchanged 1.5bn shares worth N17.91bn, as against the previous week’s 912.18m units valued at N12.13bn. This volume was mainly driven by trades in financial services stocks, especially Zenith Bank, Sovereign Trust Insurance and Guaranty Trust Bank.
The best-performing stocks for the week were C & I Leasing and AIICO Insurance, which gained 26.85% and 26.25% respectively, closing at N6.85 and N1.01 per share on impressive earnings and expectation of dividend news. On the flip side, Law Union and AXA Mansard lost 36.52% and 10% respectively, closing at N0.73 and N1.80 per share on profit-taking and market forces

Market Outlook
We expect more audited earnings reports and dividend news to dictate the market direction in the midst of profit-taking and repositioning by market players, as more maturing OMO and bonds mature, making more funds available for equity investment, even as we noted the fact that funds managers are holding cash. This is just as more liquidity flows to high Dividend Yield stocks with sound fundamentals, which will also be based on the seemingly positive outlook for the domestic economy, and despite the mixed outlook for 2020 from various analysts.
While discerning investors should take advantage of the current low stocks valuation to position for the medium to long-term, it is noteworthy that the Nigerian equity market is selling at a discount and therefore offers high upside potential.
We should, however, not overlook the possibility of a bargain-hunting motive supporting positive performance, especially with many fundamentally sound stocks remaining underpriced. With a dividend yield of major blue-chips continuing to look attractive in recent weeks, we expect speculative trading to shape the market’s direction, despite the seeming mixed outlook.
Again, the current undervalued state of the market offers investors opportunities to position for the short to long-term, which is why investors should target fundamentally sound and dividend-paying stocks for possible capital appreciation in the New Year. This was noted in the 10 golden stocks and trading ideas for 2020, as discussed extensively during the Investdata 2020 Opportunities & Trade Ideas Summit.
Also, traders and investors need to change their strategies, because of the NSE’s pricing methodology, CBN directives and its impact on the economy in the nearest future.
Meanwhile, we thank all the participants of the PHC Invest 2020 Summit last weekend, as we also welcome you all to a bullish 2020. The home study packs of Invest 2020 Opportunities and Trade Ideas Summit containing the 10 Golden Stocks for 2020 are available with an average return of 13.37% in less than 30 days. To obtain your pack send ‘Yes’ or ‘Stock’ to 08028164085, 08032055467, 08111811223 now. 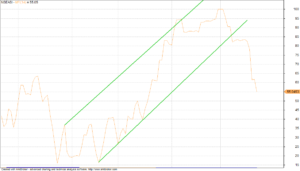 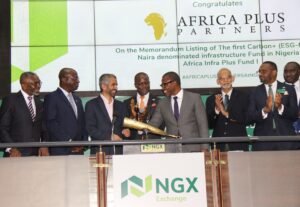 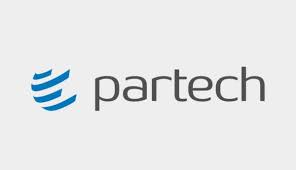