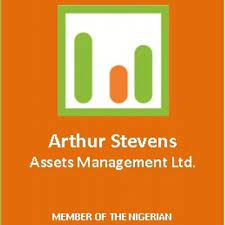 Analysts at Lagos-based investment banking group, Arthur Stevens Asset Management Limited, on Monday said the decision by the Central Bank of Nigeria (CBN) Monetary Policy Committee to hold all rates is the best under the current global economic situation.

In a communique issued at the end of its Monetary Policy Committee (MPC) meeting, the second for the year, held on Monday, March 22, 2022, decided by a majority vote, retained the benchmark Monetary Policy Rate (MPR) at 11.5%; the asymmetric corridor of +100/-700 basis points around the MPR; the CRR at 27.5%; and the Liquidity Ratio at 30%.

The committee decision, according to the analysts, is “a tight fiscal policy (considering the introduction of several FGN Taxes such as Soft drink (Sugar) Tax amongst others) coupled with a somewhat easy monetary policy by maintaining the low rates.

ASAM, in the report, said the MPC “has kept rates close to their neutral rate of interest. This is the rate that corresponds to the average policy over a business cycle- the rate that neither slows nor spurs the economy. We believe considering the current spite of stagflation (High Inflation combined with high unemployment the MPC has opted for neither a contractionary, nor Expansionary policy,” for which reason the members have maintained rates.

“Additionally, the economy is facing a severe Supply shock (Rising Commodity prices among many other factors) and raising interest rates might make a bad situation worse. Consumers are already facing an increase in the cost of food and energy prices that might cause profits and consumption to fall and eventually lead to more unemployment. Raising rates at this moment would exacerbate the “energy priced” induced downturn,” the report stressed further.

The MPC members called for sustained monetary and fiscal stimuli to “support the recovery until the downside risks to growth and the upside risks to inflation dissipate substantially.”

The committee also expressed worry over the impact of the global price increase in petroleum and other products on practically all economies, resulting “in imported inflation on the Nigerian economy,” expressing belief that specific actions must be taken to ensure that this trend does not continue, given the adverse consequences and aggressive rising price level could have on the cost of living and purchasing power of Nigerians.