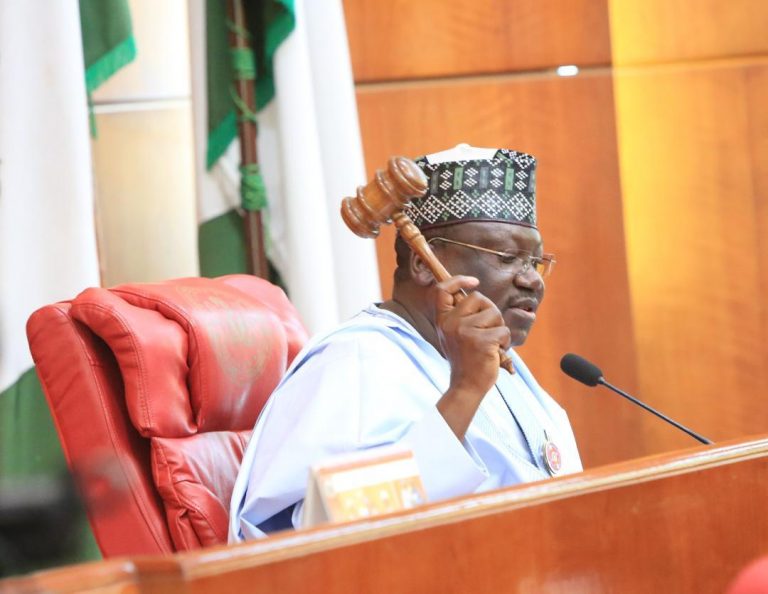 History was made on Thursday, as the Nigerian Senate passed the N10.59tr 2020 Appropriation Bill into law, in line with the resolve of the current management of the National Assembly to return the country to a January-December budget cycle.

The Bill was passed into law after a clause by clause consideration of the report of the Senate Committee on Appropriations, making it the first time in 20 years.

The Senate seemingly ignored the advised of the Central Bank of Nigeria Monetary Policy Committee on the need to reduce the oil price benchmark from the US$55 per barrel proposed by the Federal Government, jerking up the benchmark to $57pb. It, however, retained crude oil production at 2.18mbpd, as proposed by the Executive; and the foreign exchange rate at N305/US$1.

According to Ezrel Tabiowo, Special Assistant (Press) to President of the Senate, the Senators also forecast Gross Domestic Product (GDP) and Inflation Rate of 2.93% and 10.81% respectively.

The budget has a Fiscal deficit of N2.2tr, translating to a Deficit/Gross Domestic Product (GDP) of 1.52%.

Following the passage of the Bill, Senate President Ahmad Lawan, recalled that the Senate under his leadership had resolved, on assumption of office, “to take back our budget cycle from the very undesirable cycle that cannot be defined to something that can be defined and bought into by our country and business partners living in and outside the country.

“I must give members of the Ninth National Assembly the credit because we thought it was going to be impossible.

“Let me also commend the buying-in of the executive arm of government. When we continued to preach that we have to receive the 2020 budget estimates before the end of September, it was not easy for the executive.

“I know they (Executive) worked day and night. So it was presented to us on the 8th of October. We have been able to work harmoniously. There is no way we can achieve this without all of us working together.

“I want to commend our colleagues from the opposition. This Senate from the beginning, we said, will be bi-partisan. You have given us all the support that we require, and indeed, this is the way it should be”, Lawan added.

The Senate President also noted that with the recent passage of landmark legislations such as the Production Sharing Contract (PSC) Act, Finance Bills and Public Procurement Bills by the National Assembly, the executive arm of government is sufficiently empowered to ensure the successful implementation of the 2020 budget.