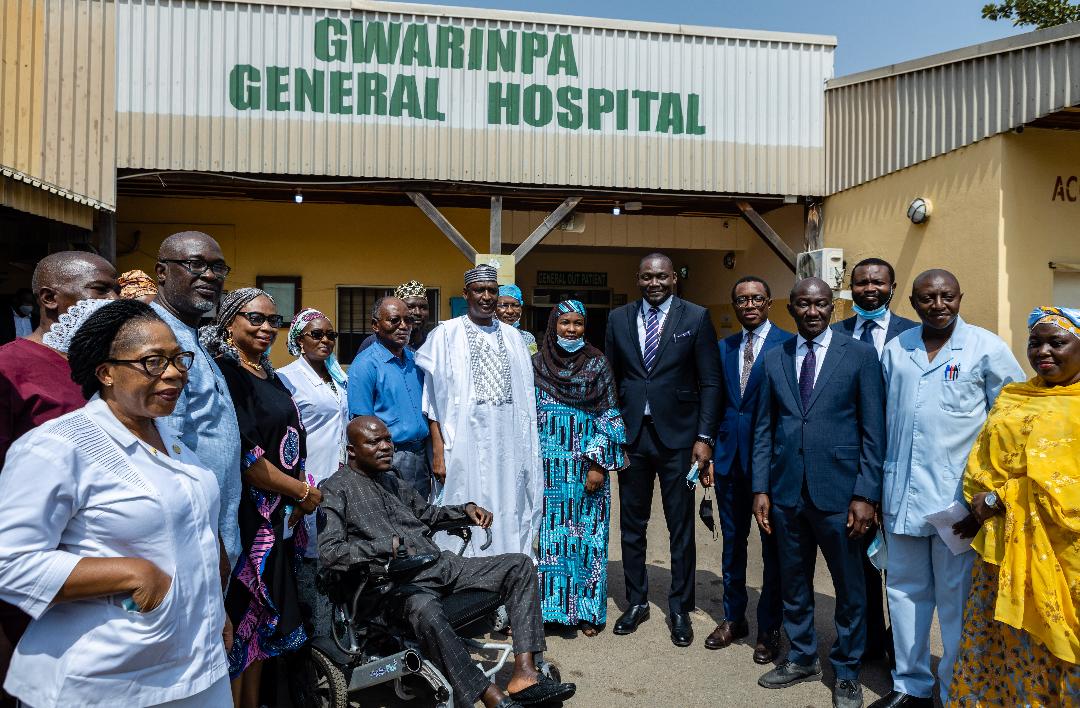 The Abdul Samad Rabiu Africa Initiative (ASR Africa), the brainchild of Industrialist, and founder of BUA Group, Abdul Samad Rabiu, on Thursday handed over 85 modern medical equipment to the Paediatric department of the Gwarimpa General Hospital in complete fulfilment of the ASR Africa Health Systems Support grant awarded to the hospital in 2021.

The scope of the grant included a fully equipped neonatal unit, equipment for 3 operating rooms, hospital ward monitors and beds as well as an ambulance.

Speaking during the formal handover, Ubon Udoh, MD/CEO of ASR Africa said the exercise was a significant development as Gwarimpa General Hospital represents one of the largest public hospitals in the Abuja Metropolis catering to a high number of underserved communities and individuals.

According to him, ASR Africa and its chairman, Abdul Samad Rabiu, are passionate about Women and Child Health development – hence the decision to support the overhaul of the neonatal unit and provide new, modern equipment to assist healthcare delivery at the hospital.

Ubon also expressed hope that the hospital will put the newly purchased equipment to good use in tackling maternal and neonatal mortality rates within its catchment areas. Mr Udoh also announced that ASR Africa would adopt the neonatal ward going forward.

Receiving the equipment on behalf of the hospital, Dr. Mohammed Kawu, Executive Secretary, Health and Human Services Secretariat (HHSS), in the Federal Capital Territory Administration (FCTA), commended ASR Africa for the gesture. “What you have done here goes to show you are truly committed to social development and we are grateful to Alhaji Abdul Samad Rabiu and ASR Africa. With the quality of medical equipment donated, this is presently the most modern and best equipped neonatal unit in the FCT.”