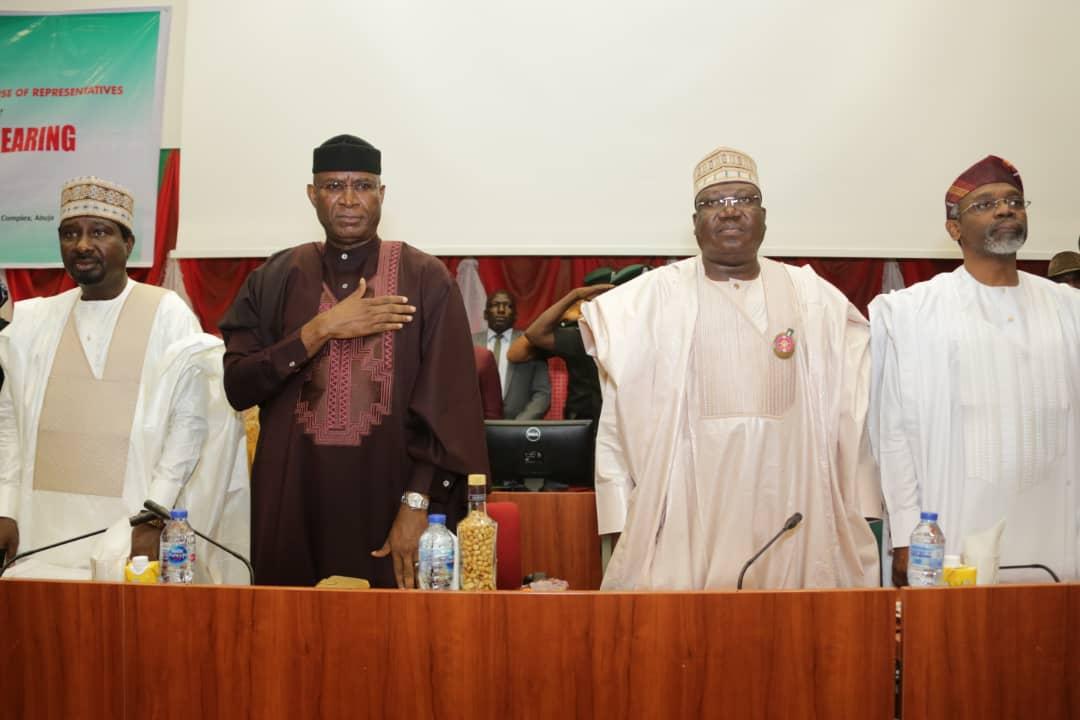 Post Views: 427 Ahead of the defence of their allocations in the 2020 Appropriation Bill, the National Assembly, on Wednesday challenged Federal Gover...

Ahead of the defence of their allocations in the 2020 Appropriation Bill, the National Assembly, on Wednesday challenged Federal Government Ministries, Departments and Agencies (MDAs) to ensure their proposals are not only measurable but realistic.
Speaking at the Hearing for the 2020 Appropriation Bill on Wednesday, President of the Senate and Chairman of NASS, Ahmad Lawan, urged the various MDAs to show how they plan to implement the Federal Government’s plan to take 10m Nigerians out of poverty.
Lawan, who was flanked by the Speaker of the House of Representatives, Rt. Hon. Femi Gbajabiamila and principal officers of both chambers, said the National Assembly, is concerned about ensuring that the budget passed has timelines for implementation
While interfacing with the MDAs, Senate and Reps’ committees, he continued, will require “the MDAs to give us roadmaps on how they intend to achieve their targets.
“If you are taken 10 million Nigerians out of poverty in 2020, in 10 years it will be one hundred million. We want to see the plans by the relevant or responsible Ministries, Departments and Agencies of government on how the 2020 budget will be able to take 10 million Nigerians out of poverty.
“We want these to be measurable targets. We are not going to be asking for stories. We are going to be asking for facts.
“So, we are going to task the MDAs that in this year’s budget we will not wait until 2021… give us targets that are measurable which we can evaluate after every quarter.”
The Senate President also cautioned against the continued reliance on borrowing to fund the infrastructure needs of the country but instead suggested a Public-Private Partnership (PPP) option.
“If we have to borrow, we should borrow. Where we can avoid borrowing because there is another opportunity, we should take that opportunity that has a lesser burden,” Lawan said.
The Senate President agreed “that the long-term national economic programme is useful. We had it before, it worked for us better. We stopped it and we have seen the consequences.
“So now that we have a minister that thinks that we should go back to that process and we have a National Assembly that is prepared to ensure that this country does better. We should hit the ground running.
“I am not aware of any request for legislation but if it is the desire or necessity that we legislate, this National Assembly will work with the government to ensure that we legislate on the national economic development plans,” Lawan said.

Photo caption: Left to right: Chairman, Senate Committee on Appropriation, Jibrin Barau; Deputy Senate President, Ovie Omo-Agege; President of the Senate, Ahmad Lawan, and the Speaker of the House of Representatives, Rt. Hon. Femi Gbajabiamila, during the opening of the two-day public hearing on 2020 Budget at the National Assembly on Wednesday, October 23, 2019.