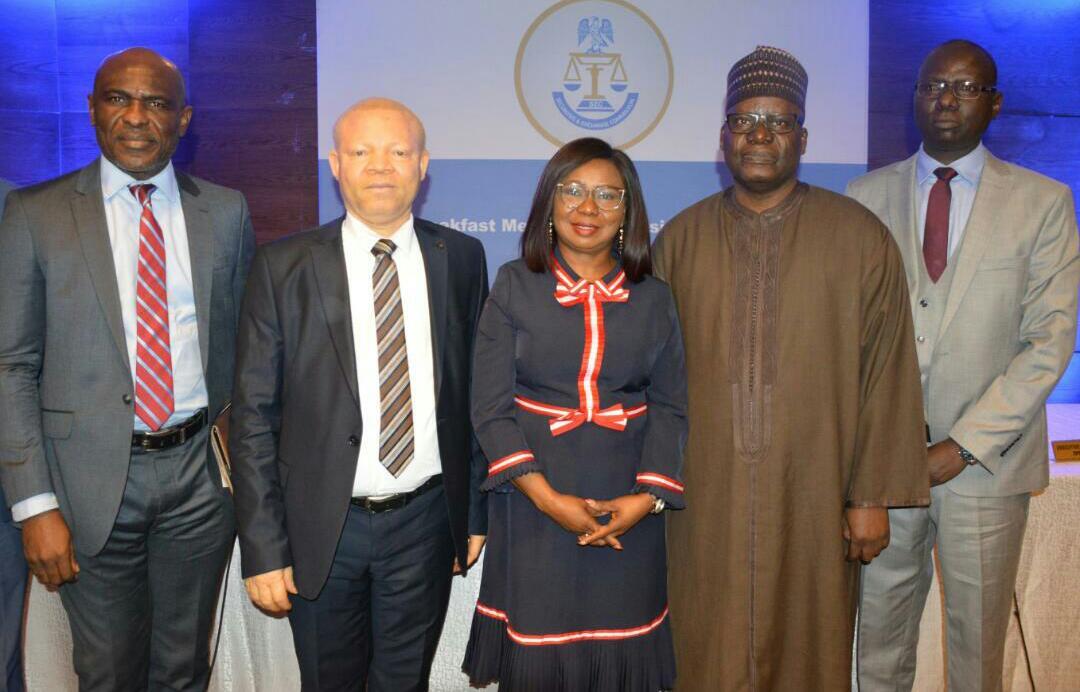 •Say Nigeria’s Effective Tax Rate Highest Globally
Experts in the Nigerian capital market and indeed the economy gathered in Lagos on Thursday to dissect the recently signed 2020 budget and the Finance Act, x-raying their implication for the nation’s investment climate.
At the seminar with the theme “leveraging the 2020 budget and the Finance Act for the growth of the Nigerian capital market,” experts called for a rework of the entire budget process to ensure meaningful economic growth or per capita income.
The lamented the sustained growth in the annual budget deficit, caused by weak public revenue that requires that government at all levels should do the right things consistently for sustainable economic growth and development.
Speaking on key initiatives capable of supporting economic growth, during the panel discussion at the seminar, Taiwo Oyedele, Tax Advisory partner at PwC, noted that over the past five years, budget variances have been so significant that some now wonder whether federal and state governments should bother about the annual Appropriation Bills.
Continuing, he noted that the Federal Government projected N7tr revenue last year, but only recorded N4.8tr, leaving the remaining as deficits, while the 36 state governments budgeted N9tr cumulatively and could only generate N3tr.
With the size and recurrence of budget deficits, he wonders: “should we take government seriously? I have my doubts.
Contributing, Laoye Jaiyeola, chief executive of the Nigerian Economic Summit Group, lamented that over the past 10 years, the government has recorded the N20tr deficit, most of which was funded through borrowing out of which only N5.5tr went into capital spending.
While acknowledging the government’s efforts through the Presidential Enabling Business Environment Council (PEBEC), even as concentration seems to be on the low hanging fruits, which is why the country is only able to attract portfolio investments.
He called for more respect for agreements by government, just as there is a need to concentrate on the sector where the nation is bleeding, particularly electricity, besides putting in place appropriate policies that would enhance domestic capital mobilization. This, he stressed, is necessary to move more people out of poverty.
Oyedele recalled there are over 100 amendments in the Finance Act, which has removed incidences of multiple taxes in the country urging capital market operators to stop asking for tax waivers on transactions.
“VAT on capital market transactions is so insignificant and should even arise, instead, we should not ask for incentives, but ask the government to remove disincentives.
“Government has made it impossible for the capital market to thrive,” he stressed further, urging the government to see the market as the way to feel the pulse of the economy.
Government, he continued, needs to realize that “the effective tax rate for equity investments in Nigeria is highest in the world,” he added, noting that the country’s 30% Company Income Tax is borne by the shareholders, in addition to another 10% withholding tax.“That means, as a shareholder when you receive your dividend, it has suffered a tax of almost 40%. It is the highest in the world,” he noted.
The experts also called for more focus on Public-Private sector Partnership to reduce deficit financing in the country’s budget, even as Chuka Eseka, chief executive of Vetiva Capital Management Limited urged the government to review how the economy is run.
On what must be done for the market and economy to thrive this year and beyond, Jaiyeola said the money that the government seeks to get from implementing the Finance Act is nothing compared to the $17bn of illicit flows that leave Nigeria annually. It is important, he said, for the government to put the process in place to ensure such funds are retained within the country.
He urged the government to stop distrusting the private sector and rather see it as a partner, realizing that only it can generate the much-needed jobs in the country.
For Oluseyi Owoturo, chief executive of United Securities Limited, the government needs to expedite the passage of the Petroleum Industry Bill to unlock the significant value in the petroleum sector.
The government, he stressed, must also take the amendments of the Companies and Allied Matters Act and Investment and Securities Act seriously, as both can support the Finance Act.
Oyedele expressed surprise that a chunk of the $17bn idle investible funds across the world is not flowing into the Nigerian capital market as expected, even as he insisted that the nation’s economy is not doing as badly as being portrayed by its capital market.
The reason, he believes, is that there is an additional risk element inherent in the market.
He urged the government to reduce Nigeria’s 40% corporate tax rate as it is too high, compared to 15% in the U.S.