Market Update for the week ended May 3 and Outlook for May 6-10
Trading activities on the Nigerian Stock Exchange in the past week were mixed, extending the bear run for the second consecutive week. This could not be changed by marginal gains in the last two trading sessions of the period under review.
In the four-day trading week owing to the public holiday declared to mark the international labour day, overall sentiments, as measured by market breadth showed a slight improvement over that of the previous week. Volume traded was higher, ushering in what may be another dicey month of May that may defy the saying: sell in May and come in October. This has been defied thrice in the last five years with the month ending positive twice in the three years of a down market in 2014, 2015 and 2016. It was up again in 2017 but negative in 2018, given the factors that militated against the market, particularly uncertainties associated with the pre-election year, among other factors.
Now the elections are over, but the dust generated by it was still so thick and beclouded the benchmark indicators of the bourse in April and although the month of May started positively with two sessions of mild gains. Like happens every four years and in the month of May, Nigerians are looking forward to another inauguration day, as incumbent President Muhammadu Buhari will be sworn in and announce a new cabinet. This month also, before then, the National Bureau of Statistics (NBS) will publish critical economic data such as the April inflation and Q1 GDP report, while the Federal Government, hopefully, unveils its economic reform agenda. This will mostly focus on boosting productivity and job creation, using the delayed 2019 budget passed by the National Assembly only recently as a catalyst.
Given that the economic realities have not changed, just like the policy implementation style, the Nigerian equity market is looking for positive surprises to trigger a rebound. Oil price has relatively remained stable, the nation’s external reserve is looking up and attracting foreign inflows now that our benchmark Nigerian Stock Exchange (NSE) All-Share index is forming a double bottom, which supports upward reversal.
While watchers of the nation’s economy await official confirmation, the story being told by numbers released during the just-concluded Q1 earnings season may not be palatable after all. The numbers reveal the real position of companies and stocks to guide repositioning and reshuffling of portfolios.

Movement Of The NSEASI
The NSEASI opened for the four-day week on a negative note, losing 0.73% on Monday as selling pressure from the previous week continued. This trend was sustained on Tuesday with the index declining further, after shedding 1.23% on high traded volume, regardless of the increasing number of listed companies that released their quarterly reports earnings reports. It is noteworthy that the reports generally came below market expectations.
The trend got reversed after May 1 public holiday, a situation that was attributed to bargain hunting on blue-chip stocks that have suffered in over 52 weeks of correction, closing Thursday with a miserly 0.04% gain. This was slightly improved upon on Friday, when the index notched 0.14%, reducing the week’s total loss to 1.78%, compared to previous week’s 1.15% decline.
Low and medium cap stocks dominated the advancers table, as sell-offs hit highly capitalized equities and blue-chip companies after their Q1 numbers closed season weak and mixed.
Sectors that suffered the heaviest losses for the period were the NSE Industrial Goods, Banking and Consumer goods which lost 3%, 1.3%, and 0.3% respectively. TheNSE Oil/Gas and Insurance chalked 0.02%, and 1.3% to reflect new positioning, as investors digested the numbers in expectations of fiscal stimulus and external positive news.
The impetus behind the week’s performance was weak, as shown by the money flow index at 23.77 basis points, compared to 30.64bps in the previous week. This is indicating that funds are leaving the market, just as sell volume stood at 85% and buy position, 15% on a transaction volume index of 0.95.

NSEASI Weekly Time Frame
The NSE ASI’smovement for the week pulled back on a high traded volume and 100% Fibonacci retracement that supports reversal at a time it has formed a triple bottom of ABC, as revealed by the above chart. This is even as sentiments remain negative at the peak of financial reports. The Money Flow index is looking down. Also, the NSEASI is trading below its 20-Day Moving Average and MACD breaking down the signal line that confirms a full bearish trend. But the index touched the lower Bollinger bands signals ‘buy’ as reversal is imminent.

Mixed Sectoral Indices
The sectoral performance indices were largely, bearish except for the NSE Insurance and Oil/Gas that closed in green, while market breadth was negative with decliners outnumbering advancers in the ratio of 44:32, to extend the bearish outing.
Transactions activities in volume and value for the period rose by 2.80% and 2.72% respectively to 1.47bn shares worth N15.5bn, compared to previous week’s 1.43bn units valued N15.09bn. The high volume confirms the impact of sell pressure as Q1 earnings season failed to support the market, due to the weak numbers and despite the relatively positive economic data.
The best-performing stocks for the week wereJapaul Oil and Julius Berger, that topped advancers’ chart with 38.28% and 19.78% gains respectively, closing at N0.39 and N26.95 per share on market forces. Note that there is no tangible reason behind the rally by the shares of Japaul rally since last year’s stalled acquisition bid. The gain by Julius Berger was due to its low price attraction after the market had earlier reacted to it seeming weak Q1 numbers. On the other hand, Goldlink Insurance and First Aluminum lost 18.18% and 12.5% respectively, closing at N0.36 and N0.42, on market forces after lifting its suspension and profit taking as the company proposed voluntary delisting.
During the week also, the prices of Newest ASL, Berger Paints, Wema Bank, and 11 Plc were adjusted for a dividend of 20kobo, 65 kobo, 3 kobo, and N8.25 respectively, as proposed by their directors.
Also, investors are already expecting the Q1 GDP ahead of President assent to the 2019 budget approved by the National Assembly.

Market Outlook
We expect the mixed performance to continue this week, despite the soft gains recorded in the first two trading sessions in May, we maintain a cautious outlook for this trading week as the gains were not triggered by any major catalyst. Hence, we advise investors to trade cautiously in the short-term. We must look to a positive trigger to sustain the seeming market recovery.
That notwithstanding, we would not overlook the possibility of a bargain-hunting motive supporting positive performance, especially with many fundamentally sound stocks remaining underpriced. With the prices of major blue chips continuing to drop in recent weeks, we expect speculative trading to shape the market’s direction this week, despite the seeming negative outlook.
The sustained volatility will continue as investors and fund managers rebalance their portfolios, with eyes fixed on the political space and post-election market dynamics. Investors should review their positions in line with their investment goals, the strength of company numbers and act as events unfold in the global and domestic environment.
However, we would like to reiterate our advice that investors should go for equities with intrinsic value and allow numbers guide their decisions while repositioning in any stock, especially now that stock prices remain low in the midst of mixed company numbers, weak economic and market fundamentals. 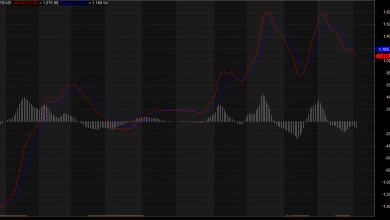