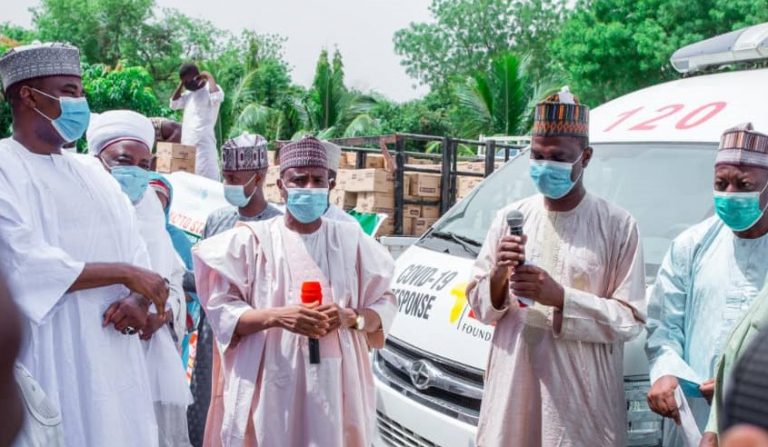 The Governors of Jigawa and Sokoto States on Wednesday received ambulances from the BUA Foundation to boost the fight against the dreaded Covid-19 coronavirus currently ravaging the world. This is coming as the NCDC announced over the weekend that the total number of cases has exceeded the 8,000 mark across the country.

Speaking at the handover ceremonies in the state capitals of Dutse and Sokoto respectively, Governor Muhammad Badaru Abubakar of Jigawa State whilst receiving the Ambulances from Abdullahi Aminu, General Manager, BUA Rice, described the donation of the ambulances as timely and said that the state government is grateful for the support by the BUA Foundation in this time of need. “These ambulances will help enhance the efficiency of the State Government’s response to the pandemic.

In his comments, the Sokoto State Governor, Governor Aminu Waziri Tambuwal, in the Sokoto State Capital,thanked the Chairman of the BUA Foundation and BUA Cement, Abdul Samad Rabiu, for being a partner in the true sense of the word in Sokoto State. It will be recalled that BUA Cement, which is the largest private employer of labour in the North West, had earlier provided N100m Naira to the Sokoto State Covid-19 response fund.

According to the representatives of BUA Foundation, BUA will continue to support various mechanisms aimed at helping the country flatten the curve whilst curbing the spread of the virus. It was also revealed that the company set aside about $20m at the start of the crisis to support various efforts to fight the virus through the provision of equipment, cash, grants, and infrastructure support.