Key Investment Ratios
• This report observes the half-year financial numbers of Dangote Cement Plc for the half-year ended June 30, 2019, compared with similar numbers released in the comparable period of 2018, so as to establish growth and rightly rate the company.
Strength
• Dangote Cement stands strong as one of the world’s top-20 cement companies by installed capacity. The company has secured clinker sufficiency in Nigeria, and as a low-cost producer, is well-positioned to absorb exogenous shocks without incurring material earnings variability.
• Thanks to rapid fixed capital accumulation, the company conveniently increased its capacity to 46m tonnes per annum (mtpa), up from just 8mtpa in 2011.
• Dangote Cement is Africa’s leading integrated cement group, with plants in 10 countries. In addition, four export markets are served from Nigeria.
• DCP has 39 subsidiaries, 32 of which are directly owned. The remainder comprises Dangote Cement South Africa (Pty) Limited’s six subsidiaries (mainly engaged in mining and exploration, cement production, and investment property); and Dangote Industries (Zambia) Limited’s limestone mining subsidiary. 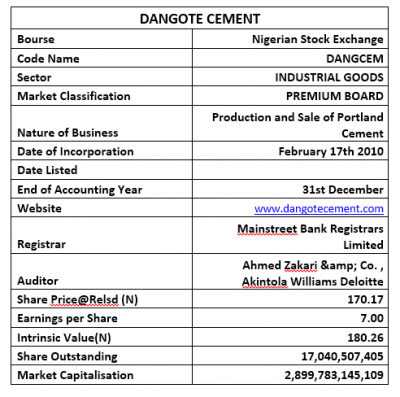 Company figures
• Turnover (TO) figure posted at the end of the period is a marginal growth of 1.10% above that of the corresponding period of 2018. TO is currently N487.73 billion against N482.43 billion
• Cost of Sales on the other hand adjusted marginally down from what was reported in the similar quarter of 2018.
• Operating Profit is estimated at N170.49 billion, slightly below the N197.59 billion in 2018.
• Nevertheless, Operating Expenses moved up by 21.21% to N105.29 billion, compared to the N86.49 billion of 2018 half-year.
• Finance Cost is currently estimated at N19.61 billion, same as 8.88% below the N21.53 billion announced in its 2018 half-year result.
• Profit before Tax achieved for the period is N155.48 billion, this is 16.20% below the corresponding quarter value.
• Unlike the previous year when the company took care of Deferred Tax expense to the tune of N63.69 billion, Deferred Tax Expense in the just-concluded quarter was as low as N2.62 billion, hence the large difference observed between Tax Expense for the two periods compared.
• Due to the low tax expense at the end of the quarter, Profit before Tax rose, even if marginally. Total Profit for the period, therefore, stood above the corresponding quarter by just 5.37% at the stated N119.24 billion against N113.16 billion.
• Since Exchange difference on Translating Net Investment in foreign operations is a loss of N1.96 billion, compared to the positive N12.27 billion reported in the corresponding period, The reported Total Comprehensive Income stood at 6.51% below 2018 half-year figure. 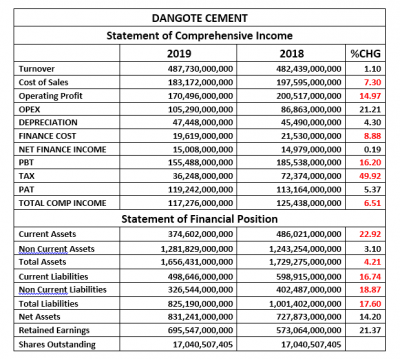 Financial Strength/Solvency Ratios
• Debt Ratio is currently estimated at 0.50x,13.97% below the 0.58x estimated in the corresponding period of 2018. This implies that Total Liabilities is the same as 50% of Total Assets.
• Total Debt to Equity was equally estimated at 0.99x as against 1.38x estimated in the comparable half-year, which simply implies that both Equity and Debt used to service assets through the year were almost at par; unlike the previous quarter when more Debt was used.
• It was established that Equity is the same as 50% of Dangote Cement’s Assets Value estimate from 2018 half year performance indices yielded 42%.
• Nevertheless, we can conclude that Dangote Cement is a fairly liquid stock, although, the estimated Beta stood slightly below market beta.

Efficiency Ratios
• Operating Expenses to Turnover value is same as 21.59%, which is 19.90% efficiency improvement from the 18% estimated from 2018 half-year financial indices.
• Turnover to Total Assets Ratios stood at 29.44% against 27.90% is a 5.54% efficiency growth when compared to estimate from 2018 half-year performance indices.
• Working Capital Ratio which indicates a company’s effectiveness in using its working capital was estimated at -3.93x a 7.99% drop from the -4.27x estimated in a similar period of 2018.
• Furthermore, to determine the management’s efficiency, we tested the Working Capital Ratio, which confirmed that Current Asset was lower than the current liabilities at the end of the period.

Investment/Valuation Ratios
• At the end of the 2019 half-year business cycle, the management achieved earnings per share growth to the tune of 5.37% from the previously estimated N6.64 to N7.00 each.
• P/E-Ratio slipped by 31.19% having moved to 24.32x from 35.34x. Please understand that the high P/E-Ratio is an indication of positive investors’ sentiments in the shares.
• The said Earnings per Share yielded 411% of the current market price of Dangote Cement shares on the floor of the exchange as at the time the result was made available to investors.
• The Book Value Per Share of Dangote Cement is currently estimated at N48.78.
• Confirming and over-priced status of Dangote Cement shares on the floor of the exchange is the Price to Book Value which stood far above unity (3.49x).

Valuation
Our blend of valuation techniques maintained our previously estimated fair value of its shares. Thus we have valued each unit of Dangote Cement’s shares at N180.26 and rated it a Hold. 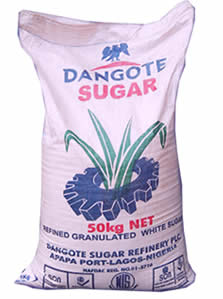 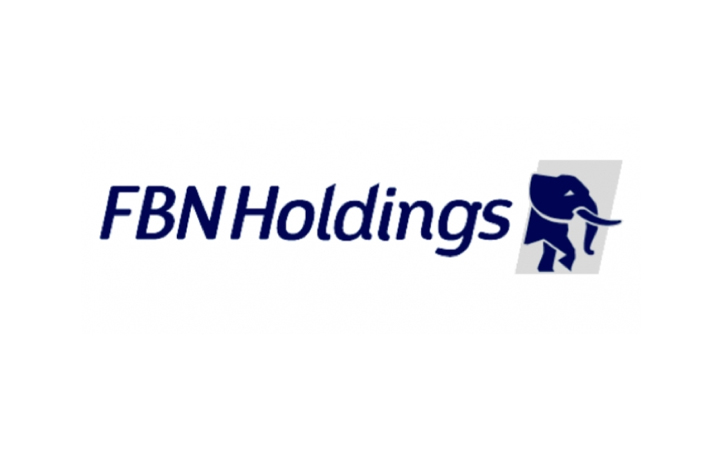 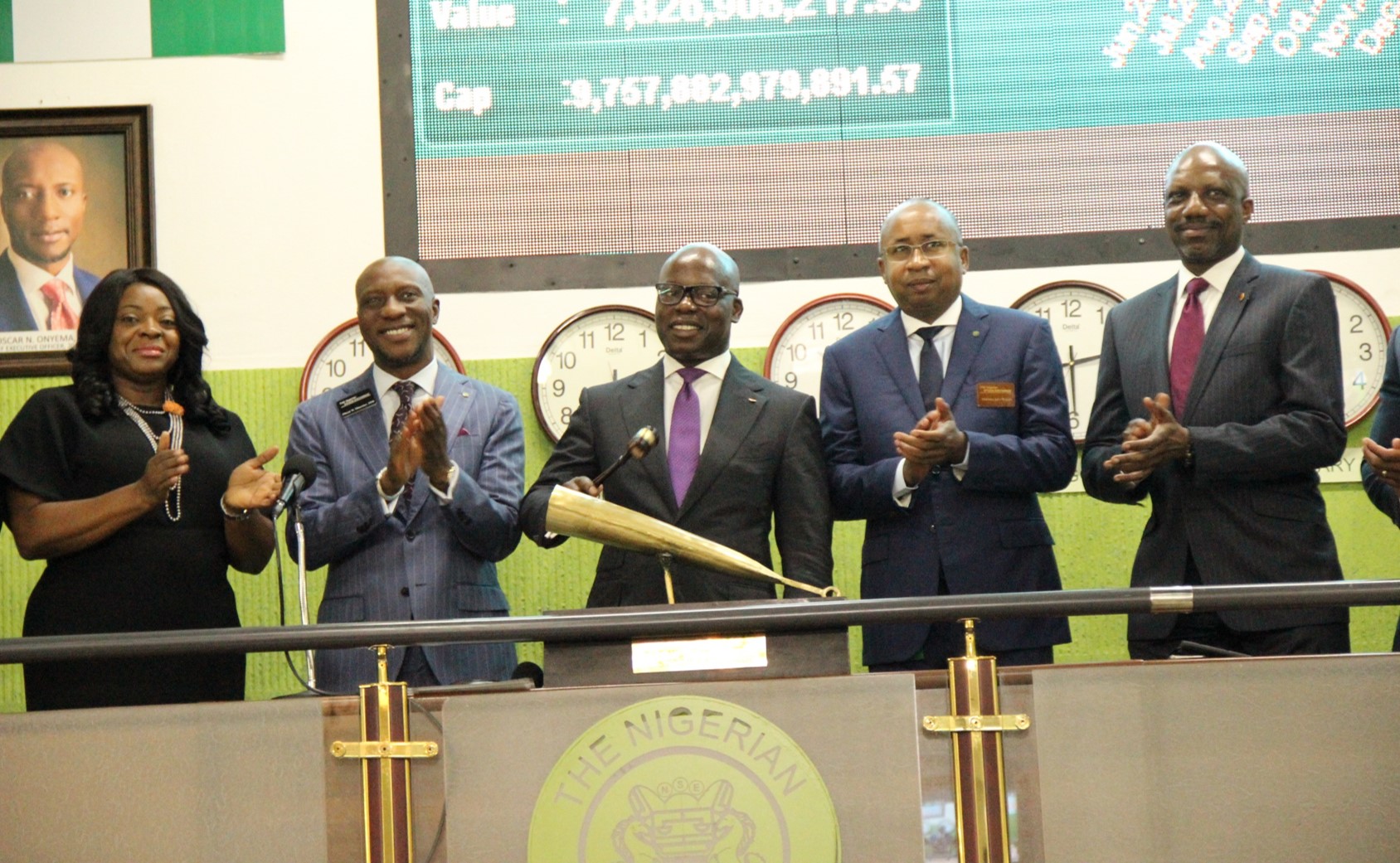