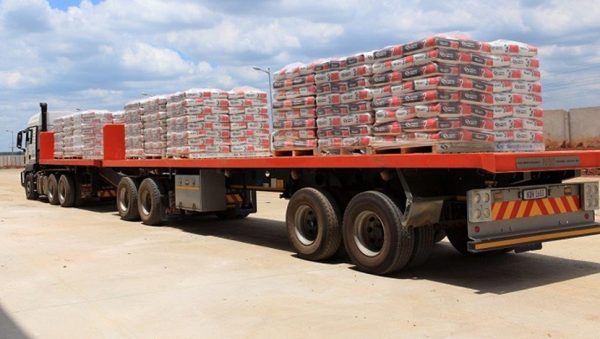 Organised Private Sector (OPS) operators under the aegis of the National Association of Chambers of Commerce, Industries, Mines and Agriculture (NACCIMA) has expressed shock over the recent shutdown of the Dangote Cement plant in Obajana, describing the action by the Kogi State Government as hasty.

NACCIMA regretted that the disagreement over tax between the state and the company ought to have been resolved amicably, instead of being allowed to result into sealing its premises.

The body, in a statement signed by its Director-General, Olusola Obadimu and issued in Lagos, said the state government should have resolved cautiously, calling for the immediate reopening of the factory for normal production activities to resume.

Obadimu said NACCIMA’s position was based on some key considerations bordering on the impact of the factory’s closure on the economy and thousands of people whose means of livelihood depend on the production activities of the factory.

“It is vital to note that it is a huge production plant that supplies key domestic input (cement) into the economy and employs hundreds of thousands of Nigerians, directly and indirectly. This is aside from its substantial budget for corporate social responsibility outside of taxes.

“Shutting off the factory does not necessarily help the controversial issue of compliance on tax remittable to Kogi state government. Rather a continuous operation of the plant would more likely facilitate a faster resolution of the dispute,” he said.

The NACCIMA boss then urged that the factory be reopened as quickly as possible to enable it continue its operation and fulfil its necessary responsibilities, not just on tax obligations, but also keep the hundreds of thousands of Nigerians in its direct and indirect employment dutifully engaged; while sustaining its crucial services not just to the people and government of Kogi State but Nigeria in general.

The Lagos and Abuja branches of the Chamber, in separate statements, expressed regret that for every day the factory remains shut, millions of Naira is lost and the reputation of the state negatively impacted, decrying the action of Governor Yahaya Bello as “shocking and disappointing” at the least.

The LCCI, in its statement signed by its Director General, Dr Chinyere Almona, said the attack on the cement factory reflected the poor handling of investment protection issues in the country.

The Chamber said there are more decent ways to handle regulatory and legislative matters concerning businesses in Nigeria than resorting to violence, stressing that the invasion by youths that led to the shooting of factory workers is unfortunate, ill-construed, and avoidable.

“We advocate a win-win situation for businesses and the government. We will therefore call on all parties to exercise caution and be protective of jobs, assets of production, and government revenues from corporate organisations like Dangote Cement Factory”, she added.

The LCCI boss noted that the federal and state governments had hitherto benefited from business revenues and social investments, following which “the government would be interested in creating an enabling business environment that can attract both local and foreign investors. And where there are infractions, handling such should be in accordance with best practices and the rule of law that protect investors’ rights and human lives.”

It therefore, called for a meeting of all government agencies connected with the acquisition of the cement plant to resolve any differences thereof, “without necessarily shutting down the factory and endangering jobs, products, and government revenues. This point is critical as wrong handling or unprofessional approaches to resolutions can send negative signals to potential foreign investors.”

The chamber noted that the growing mining industry in Kogi State has benefitted from the production activities of the Dangote Cement Factory, which offers both infrastructural and Corporate Social Responsibility (CSR) projects to enhance the standard of living in the State.

“We see a role for the Presidential Enabling Business Environment Council (PEBEC), the Bureau of Public Enterprises (BPE), the Nigeria Investment Protection Commission (NIPC), and the Kogi State Government in resolving this issue. We, therefore, expect to see a swift intervention by these agencies toward a win-win resolution”, LCCI advised.

Also, the Abuja Chamber of Commerce and Industry in a statement signed by its Director-General, Ms. Victoria Akai urged the state government to employ dialogue in resolving whatever differences it has with the cement company so as to protect the image of the state as an investment destination.

She said both the state governor and the owner of Dangote Cement Plc, Alhaji Aliko Dangote are men of peace who should resolve any business dispute through consensus without jeopardizing the multi-billion naira investment and thousands of jobs of Kogi indigenes.

“We therefore call for the immediate re-opening of the factory and commencement of alternative dispute resolution. Dangote Cement is a company with commendable sustainability records. The company has blazed the trail within Nigeria and across Africa.

“Nothing should therefore be done to truncate the growing business at a time other African countries are opening their doors wide for Dangote investment. The factory has been able to take many out off the street thereby reducing unemployment that has been a major problem in the country.

“The closure of the factory will further increase unemployment. It is in the best interest of Kogi state to reopen the factory so as not to scare away local and foreign investors”, the statement noted.

February 1, 2023 12
Analyst Note On The Downgrade Of Nigeria’s Sovereign Risk Rating By Moody’s