Market Update for the Week Ended March 20 and Outlook for March 23-27
The nation’s stock market had a mixed performance over the past week as the Coronavirus pandemic continues to keep the global economy on edge, amidst the increasing number of confirmed cases in Nigeria, which has propelled fear, forcing the Federal and state governments to announce drastic measures especially the ban on gatherings of more than 20 persons in a place. The government announced a travel restriction of passengers from countries with high cases of the virus, as well as the shutdown of Nigeria’s international airports and closure of schools.
There was continued panic selling that extended the bear-run for the second consecutive week on the back of subsisting negative sentiments as the Nigerian Stock Exchange’s composite All-Share index closed lower on positive market breadth.
Within the period, the government and its economic managers rolled out many economic measures and palliative to mitigate the impact of the global health crisis-driven bear market and economic downturn. The Central Bank of Nigeria (CBN) also offered additional N1.1tr intervention funds to support critical sectors of the economy, including manufacturing for import substitution. There is an additional N100bn to support the health sector in the area of drug manufacturing after it earlier cut the interest rate of the various intervention funds from 9% to 5%.
Also, during the week, the National Bureau of Statistics (NBS) released the country’s February consumer price index showing that the inflation rate reached a 22-month peak at 12.20%, up from 12.13% in January. This was despite the adjustment of the Cash Reserve Ratio (CRR) by the Central Bank of Nigeria’s Monetary Policy Committee to 27.5% from 22.5%, as part of measures to contain the rising inflation.
The significant drop and oscillating crude oil prices spiked fears over the funding of the 2020 budget, with the oil price falling below the $57 benchmark, as the government set a new price range of $30 per barrel, leading to a N1.5tr cut in total spending plan. There were also speculations that the CBN had officially devalued the Naira, with its adjustment of the exchange rate to N380/US$. The bank has however denied such a report in strong terms (READ MORE).
Investdata believes that currency devaluation may not be the best of options or strategies at this time considering the prevailing economic realities, given that it will further heighten imported, making it difficult to cut rates. The rate of policy mismatch between the fiscal and monetary authorities has remained a major source of concern among investors and consumers today. This is one of the causes of dwindling confidence in the system.

Movement Of NSEASI
The wave of selloffs slowed down during the week under review, as the NSEASI witnessed a mixed performance of two up sessions and three down markets, with trading opening for the week Monday on a negative note losing 0.12%. This was sustained on Tuesday as the index shed 0.71%, which was short-lived at the midweek when the market recovering 1.09%, wiping out the two previous sessions of losses. This was not sustained on Thursday as the composite index pulled back by 3.12% on selloffs, while gaining 0.54% in the last trading day of the week, bringing the week’s total loss to 2.35%, better than the previous week’s 13.34% slide.
At the close of the week’s trading, the composite index shed 534.92 basis points, after opening at 22,733.35bps, touching an intra-week low of 22,035.11bps from its high of 23,008.59bps on mixed sentiment, price adjustments and a selloff in high cap stocks, just as some companies announced their dividend for the 2019 financial year. The index closed the week at 22,198.42ps, on a very high traded volume when compared to the previous week, just as the NSE index resisted further decline during the period.
Also, market capitalization dropped by N279.13bn closing at N11.57tr from an opening value of N11.85tr, representing a 2.35 % value loss in a week the share prices of UBA, Transcorp, Guaranty Trust Bank and Stanbic IBTC were adjusted for dividends of 80 kobo, 0.01 kobo, N2.50 and N2.00 per share respectively.
The mixed trading and bargain hunting was evident, with more medium and low cap stocks dominating the week’s gainers’ table, amidst the seeming improvements in buying interest and fewer selloffs during the period were reflective on the market breadth as advancers outnumbered decliners in the ratio of 35:27. Also, the momentum behind the week’s performance was weak, as Money Flow Index slipped down to read 37.57bps, compared to the 39.65bps of the previous week.
The volume traded remained high, indicating an increased positioning, as investors were attracted by low prices in the midst of selloffs that some sectors, as traders and investors reposition their portfolios as earnings season entered its peak with more dividend news expectations. This was confirmed by Investdata’s Sentiment Report for the week showing 17% ‘buy’ volume, and 83% ‘sell’ position, on a transaction volume index of 1.88

Mixed Sectoral Indices
All the sectoral indexes for the week were bullish, except the NSE Industrial and Consumer Goods indexes which closed lower by 4.85% and 3.20% respectively, while the NSE Insurance led the advancers after gaining 2.80%, followed by the NSE Banking and Oil that inched up by 0.29% and 0.22% respectively.
Market transaction in terms of volume and value for the week, were down by 29.29% and 25.49% respectively, as investors exchanged 2.80bn shares worth N32.56bn, as against the previous week’s 3.96bn units valued at N43.7bn. The week’s volume was mainly driven by trading in financial services stocks, especially Zenith Bank, Guaranty Trust Bank, and FBNH
The best-performing stocks for the week were Cadbury and NPF Microfinance that led the advancers chart, after gaining 26.26% and 23.53% respectively, closing at N6.25and N1.05 per share on low price attraction and market forces. On the flip side, Wapic Insurance and UBA lost 22.22% and 18.70% respectively, closing at N0.21 and N5.00 per share on selloffs and price adjustment for the dividend.

Market Outlook
We expect a mixed performance this final trading week of the month, as the MPC begins its second regular two-day meeting of the year on Monday, amidst reactions to dividend payments and the remaining audited earnings reports and dividend declarations. Also important is the continued spread of the pandemic as it spreads across more states with the number of cases rising to 30, mostly in Lagos and Abuja, the Federal Capital Territory, a situation that would dictate the market’s direction as prices of many fundamentally sound stocks remain depressed, making them attractive to bargain hunting by market players. This has also resulted in significant improvement in Dividend Yields of stocks, even as we note the fact that fund managers continue to hold cash before last week’s price meltdown.
This is just as more liquidity flows to high Dividend Yield stocks with sound fundamentals, a situation that will also be based on the seemingly positive outlook for the domestic economy, despite the mixed outlook for 2020 from various analysts.
While discerning investors should take advantage of the current low stocks valuation to position for the medium to long-term, it is noteworthy that the Nigerian equity market is selling at a discount and therefore offers high upside potential.
We should, however, not overlook the possibility of a bargain-hunting motive supporting positive performance, especially with many fundamentally sound stocks remaining underpriced. With a dividend yield of major blue-chips continuing to look attractive in recent weeks, we expect speculative trading to shape the market’s direction, despite the seeming mixed outlook.
Again, the current undervalued state of the market offers investors opportunities to position for the short to long-term, which is why investors should target fundamentally sound and dividend-paying stocks for possible capital appreciation in the New Year. This was noted in the 10 golden stocks and trading ideas for 2020, as discussed extensively during the Investdata 2020 Opportunities & Trade Ideas Summit.
Also, traders and investors need to change their strategies, because of the NSE’s pricing methodology, CBN directives and its impact on the economy in the nearest future.
Meanwhile, the home study packs of Invest 2020 Opportunities and Trade Ideas Summit containing the 10 Golden Stocks for 2020 are available with an average return of 13.37% in less than 30 days. To obtain your pack send ‘Yes’ or ‘Stock’ to 08028164085, 08032055467, 08111811223 now. 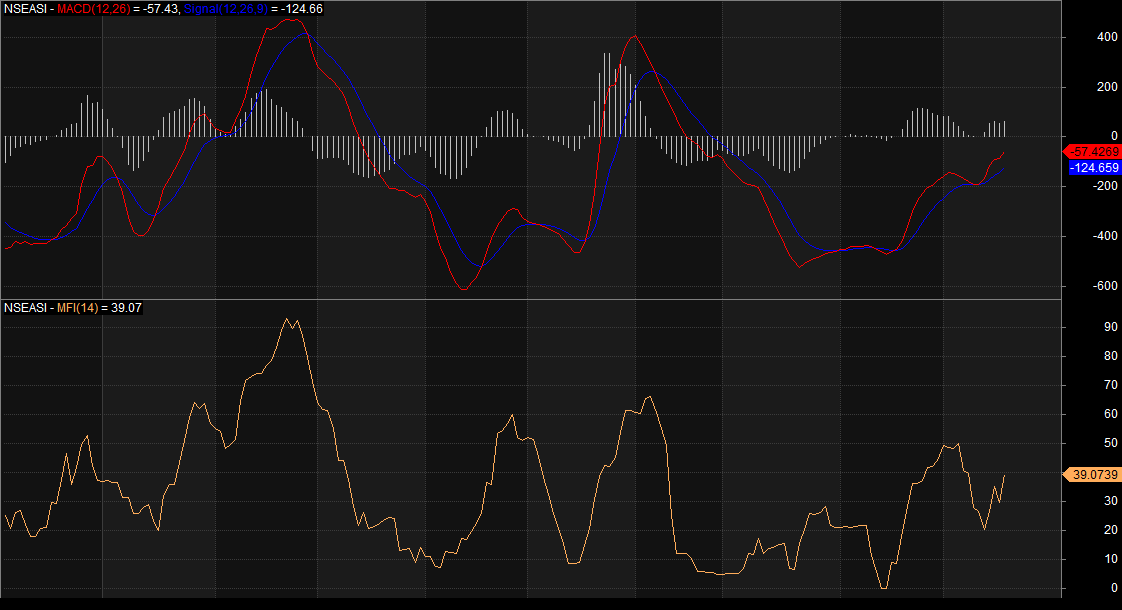 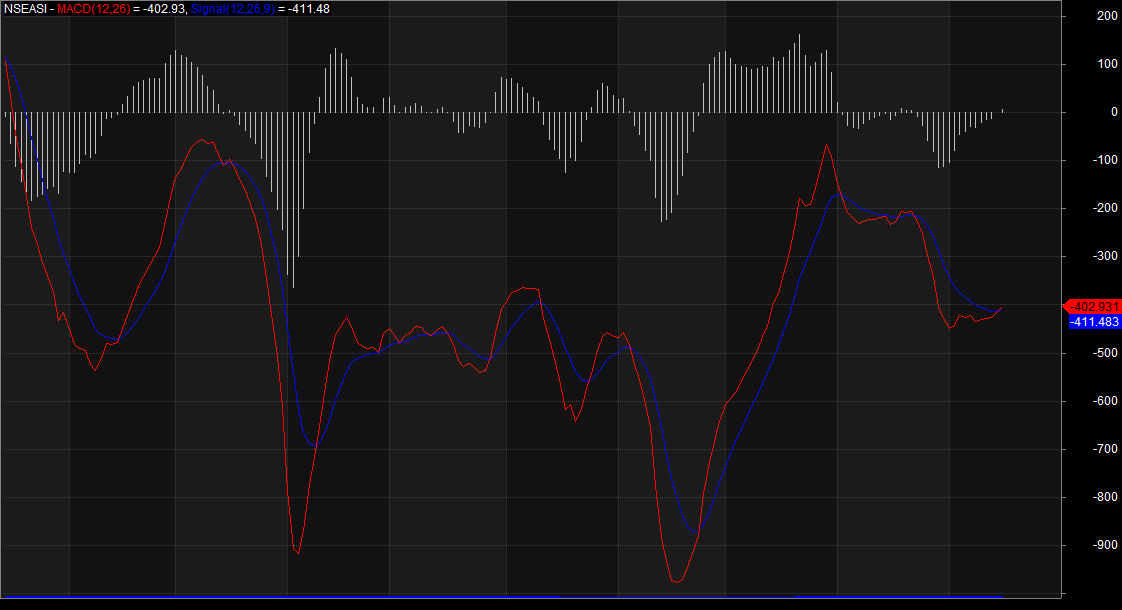