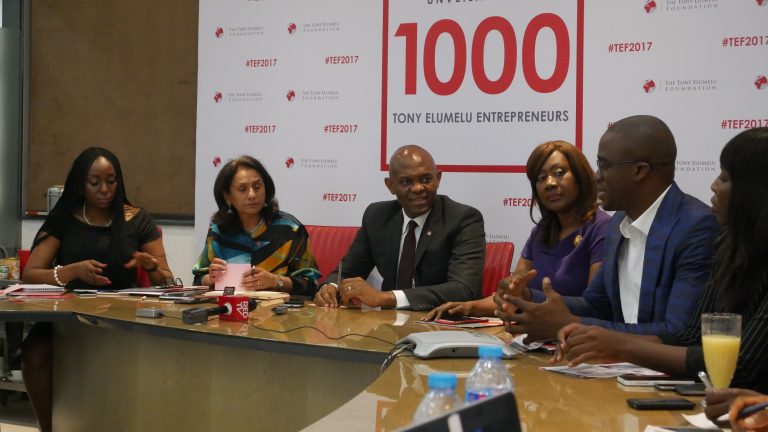 ‎The Tony Elumelu Foundation (TEF) has announced the selection of 1,000 successful African entrepreneurs in the third cohort of its 10-year $100 million entrepreneurship programme. The programme has 2,000 entrepreneurs from its two previous cohorts from across the continent.
They emerged from over 93,000 entrepreneurs, from across 55 countries and territories in Africa that applied, which according to the organisers was more than twice those who applied last year and nearly four times the 2015 figure.
A statement by the foundation established by Tony Elumelu, former Group Managing Director, now chairman of the United Bank for Africa, as well as the Transnational Corporation of Nigeria (Transcorp) Plc and Heirs Holdings, explained that “over the next nine months, the 2017 Tony Elumelu Entrepreneurs will be trained and mentored, and will use the skills acquired to develop a business plan. Following which, they will be eligible to receive up to $10,000 in seed capital.”
Commenting on the 2017 selection programme, Elumelu described the announcement of the successful applicants as bittersweet, in apparent reference to the “92,000 budding business leaders who weren’t selected for our programme (despite the fact that) these young African men and women have demonstrated a lot of energy innovation and creativity in their applications. We should not relent until we help them all realize their aspirations.”
The Foundation’s long-term investment in empowering African entrepreneurs is in line with Elumelu’s philosophy of Africapitalism, which portrays Africa’s private sector – and most importantly entrepreneurs – as the catalysts for the economic and social development of the continent.
A breakdown of the successful candidates according to the sector they represent shows that agriculture leads with 29%; followed by ICT, 11%; and manufacturing (9%), reflecting the industries of interest for African startups.
Most of the applicants, the organisers explained were from Nigeria, Kenya, Ghana, Uganda and Cameroon.
Parminder Vir, TEF’s chief executive believes “The achievement of each successive cohort is clear evidence of the growing transformative power of our Programme. We recently sampled 600 of our existing 2,000 entrepreneurs to analyse the Programme’s impact and have been impressed by the robustness and particularly impact on employment we are beginning to have. We have also partnered with organisations, including Microsoft, GE (General Electric), ECOWAS… to provide further benefits to our entrepreneurs.”
The Programme culminates in the TEF Entrepreneurship Forum – the largest annual gathering of African entrepreneurs and the full entrepreneurship ecosystem from across the continent, which brings together entrepreneurs, mentors, as well as business and political leaders in October, for a two day event in Lagos, Nigeria.