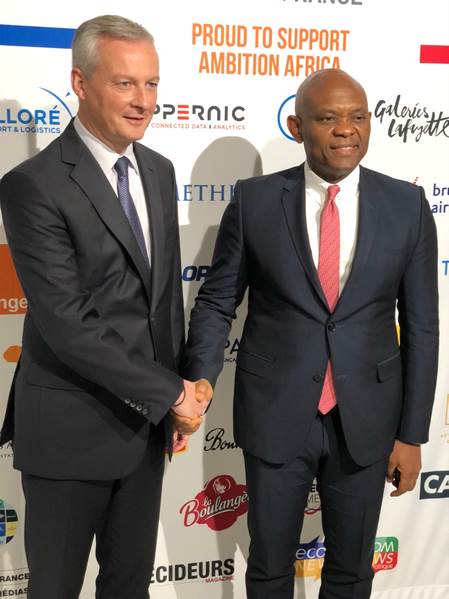 Tony Elumelu, founder of the Tony Elumelu Foundation (TEF) and Chairman, United Bank for Africa Plc, as well as Heirs Holdings, last week secured a promise of increased investment inflow towards Africa from France.
Speaking at the opening of the “Ambition Africa” conference organised by the France Invest Africa Club in Paris, France, Elumelu, in his opening address urged French investors to look to Africa for long term investment opportunities.
In doing so, he spoke of the need for better and smarter ways of channelling funds to emerging markets, which he explained, “present huge opportunities – as well as risks for investors.”
That notwithstanding, he challenged investors to “fulfill a critical need to catalyse and improve the economy. We salute companies like Total, Bouygues, Accor, Orange, and Bolloré as well as others who have accepted this challenge, but there is room for many more.”
Elumelu stressed the importance of private equity inflow into Africa, with a focus on investing in small and medium scale businesses, the lifeblood of the African economy.
Africa, he continued, has the youngest workforce in the world, with over 60% of its population below the age of 25, a potential demographic doom that could be turned around to become the continent’s greatest asset if the youths have jobs and economic opportunities.
He reiterated earlier assertion that “Africans do not need aid. Rather, our young people need investments.
“Private equity is a force for positive development in Africa. We have a large youth population, who are eager and innovative. They are looking at solutions to problems in their communities but are hampered by the access to capital and investment, mentoring and training. When done right, this kind of investment can bring not just capital but can also strengthen job creation, corporate governance and help improve sustainable business practices.”
He noted the impact and growth rate of the beneficiaries of his Tony Elumelu Foundation as evidence of the potential of SMEs in Africa today.
His Foundation has endowed $100m of his family wealth, to fund over 10000 African entrepreneurs in ten years, commending the initiative of French President, Emmanuel Macron, for strengthening the relationship between France and Africa and concluded by inviting investors to consider investing in Africa for the long term.
“The key phrase here is long term investment – no one should come to Africa for short term gain. The time is now to invest in Africa. Private equity has to be part of it. We need it for all,” he concluded.
Reacting, the French Minister of Economy and Finance, Bruno Le Maire, who introduced Elumelu to the audience, assured that France could position itself and direct investment towards the continent.
This, he believes, would end the cycle of poverty accelerate development globally, commending Elumelu’s stance on strengthening African SMEs to catalyse development.
“We share the same ambition in Supporting African SMEs and entrepreneurs as this is essential for the economic development of Africa,” he said, referring to Elumelu’s passion to create wealth on the African continent.
Reiterating the stance to partner with Africa on long-term investments, Le Maire promised that France would “ensure that investments in Africa are sustainable, exemplary and environmentally friendly. We want to go fast, go quickly in the race against poverty and renunciation, throughout the continent”.