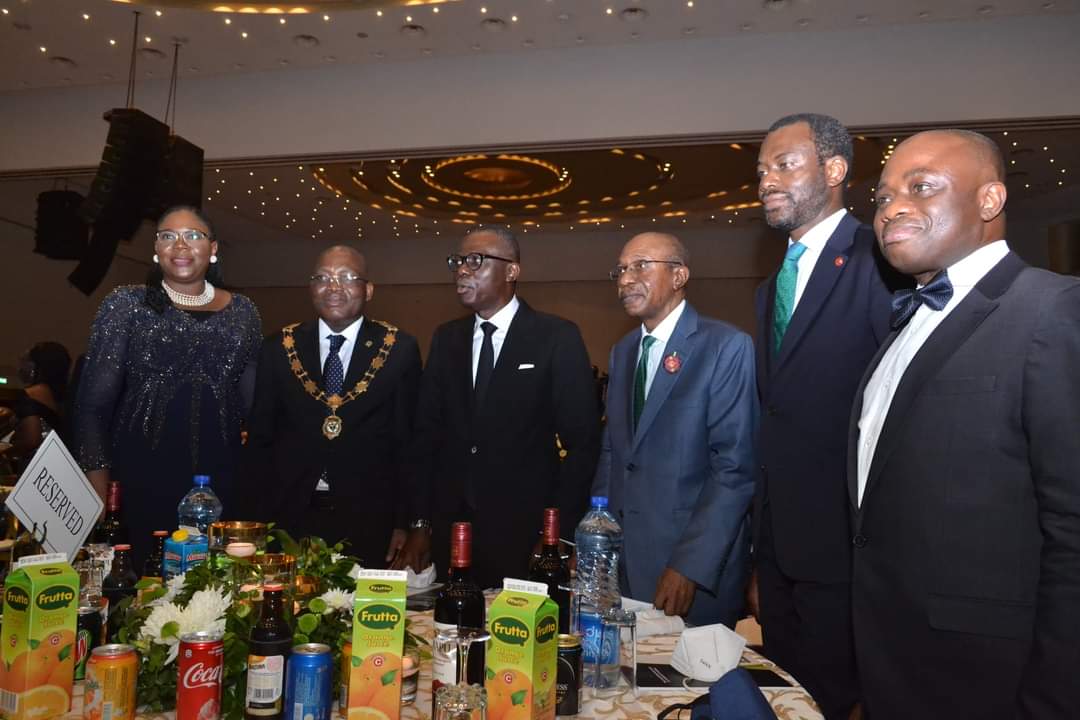 Godwin Emefiele, Governor of the Central Bank of Nigeria (CBN), at the weekend in Lagos, challenged the nation’s banks to explore opportunities in the value-chain of key growth sectors like agriculture, information and communications technology, and infrastructure development to boost the nation’s economy.

Speaking at the 55th Annual Bankers Dinner in Lagos, Nigeria, organized by the Chartered Institute of Bankers of Nigeria (CIBN), he listed opportunities in the agric banks that should explore to include addressing some existing gaps in the value chains like storage centres, transport logistics, and technology platform.

These, he stressed, would enable rural farmers to sell their produce directly to the markets, and help “improve productivity of farmers, reduce post-harvest losses, increase access to finance for farmers and improve sourcing of local raw materials for processing by manufacturing and industrial firms.

“It will also aid improved production of local goods, enable the creation of jobs, while supporting the growth of other sectors of our economy such as manufacturing, and transportation.”

The ICT sector, Emefiele stressed, has emerged as a significant source of resilience in mitigating the impact of COVID-19 on the economy, such that in the 2020Q3, it contributed over 17.8% to GDP growth, 47% higher than its contributions a year earlier.

“The growth of startups in the fintech and health care space rose in response to the pandemic,” he added, stressing the importance of leveraging ICT as a growth enabler in key sectors of the economy.

“ICT start-ups are emerging to support SMEs, farmers, and in providing quality learning to students. It is important that the banking sector consider viable IT firms in these areas that have the potential to not only serve the needs of the local market but are also able to export ICT related services to countries across the world.”

He drew attention to the example of India that exports almost a $100bn worth of ICT related services yearly, expressing belief that Nigeria’s ICT industry can significantly contributions to her export earnings.

Already, the CBN Governor recalled that the apex bank recently issued Payment Service Banks licenses to three firms in a bid to drive financial inclusion and ensure that majority of Nigerian citizens are banked.

The PSBs, Mobile Money Operators and banks, he said, are expected to improve penetration of digital financial services and products to Nigerians, leveraging ICT channels.

To drive sustainable economic growth, he believes, would require the banking industry to support the growth of ICT firms that are inclined to improve productivity across key sectors in the economy.

Infrastructure financing, Emefiele stressed, is another critical area the banking sector ought to consider for stable economic growth, given the With decline in revenues due to various tiers of government owing to the drop in crude oil prices.

Alternative ways of funding infrastructure, he told the gathering, are critical to generate sustained growth of the Nigerian economy, recalling that the cost of logistics is often seen as a significant impediment to the growth of businesses in the country.

“We believe that a well-structured infrastructure fund can act as a catalyst for growth in the medium and the long run. The support of the banking community will be important in achieving this objective,” Emefiele stressed further.

Based on the resounding success of its Targeted Credit Facility (TCF) for households and small and medium enterprises affected by the Coronavirus pandemic (COVID-19) through the NIRSAL Microfinance Bank, Emefiele announced plans to double the facility to N300bn.

This he said is “to accommodate many more beneficiaries and boost consumer expenditure which should positively impact output growth.”

On the creation of a N100bn intervention fund in loans to pharmaceutical companies and healthcare practitioners intending to expand and strengthen the capacity of our healthcare institutions, he said 60 health care-related projects are being funded to the tune of over N60bn as a result of the intervention.

On the establishment of a N1tr facility in loans to boost local manufacturing and production across critical sectors, Emefiele noted that 53 major manufacturing projects, 21 agriculture-related projects, and 13 service projects are being funded to the tune of over N360bn from this facility.

“The impact of these measures along with the removal of restrictions on movement and resumption of international travel, led to improvement in key indicators of the economy, as several economic activities returned to positive growth.

“A sectoral assessment of economic activities in the third quarter indicates that the economy witnessed positive growth in key sectors such as Information and Communications Technology, Agriculture, Health, Construction, Finance and Insurance and Public Administration. The Agricultural sector continued to record positive growth supported by productivity gains in the sector, interventions by the government, and improved demand for local produce,” he stressed.

A pointed to the gradual recovery of the economy, he continued, is the fact that 36 of the 46 economic activities tracked by the National Bureau of Statistics (NBS), “reflected positive improvements in growth, which includes activities that recorded negative growth.

With the decline in economic activities, he recalled that the CBN instituted measures in the nation’s banking system, in order to prevent an economic crisis from spilling over into a financial crisis. Inaction on the part of the regulator, for him, “would have led to a wave of bankruptcies by firms along with rising unemployment, which would ultimately have a significant impact on the balance sheet of banks.”

Consequently, he announced, industry Non-Performing Loans (NPL) ratios has remained low at 5.7%; capital adequacy ratio stood at 15.5%, above the prudential requirement, while “return on earnings in the banking sector was over 21% as at October 2020.”

Although the news of the continued growth in the banking and finance sector in the third quarter of 2020 is encouraging, the ultimate strength of the system, he believes, would depend on three key factors. These include ensuring that banks have adequate capital buffers to withstand similar pandemics; developing adequate internal controls to identify potential risks to banks, including cyber threats, and putting measures in place to contain these risks; and the ability to adapt your business model to changes taking place in the business environment.

“This last point is vital as COVID-19 has demonstrated the impact externally induced disruptions could have on the Nigerian economy,” following which it is imperative from an economic as well as a security perspective, that the banking and financial system supports growth in sectors that have significant growth potential, and can enhance the resilience of the Nigerian economy, in the face of external shocks.

Caption: Godwin Emefiele, CBN Governor flanked by chief executives of banks and other industry officials at the 55th Annual Bankers’ Dinners of the Chartered Institute of Bankers of Nigeria (CIBN).