(Ambrose Omordion) The bearish situation of the Nigerian stock market in the month of February is attributable to persisting low confidence and weak market fundamentals, resulting from a combination of the socio-political instability, ongoing economic recession, lack of strategic economic reforms plans and lack of political will to reverse some of the policies inducing high cost of doing business and living.
Also, the decision to hike electricity tariff and the pump price of fuel, as inevitable as they may seem, has in no small measure pushed prices of commodities to the roof, made worse by exorbitant cost of transporting goods, particularly food stuff. No wonder food inflation is a major point of worry in the nation inflation numbers.
As if these were not already enough pain in the neck, the Central Bank of Nigeria (CBN), in June last year, caved in to pressure from ‘experts’ to devalue the Naira as the only way out of the nation’s economic woes. Rather than improve, decision to “allow market forces determine rates” in a non-productive economy only worsened the Naira’s exchange rate as it fell to an all-time low of N520 to the US$, besides the fact that the CBN’s FX policy led to the existence of over five exchange rates exist in one country.
The market in the last 20 trading sessions of the month was on the downswing, closing on a negative note at 25, 329.08 points as at last trading day of February from an opening figure of 26,036.24, representing 2.72% decline over the period.
The buying volume of total transactions for the month was 33%, while selling position was 67% to continue the previous month down market. During the period, the market was down for 11 trading sessions and up market for just nine sessions. In the same vein, market capitalisation for the month lost N207.07 billion to closed lower at N8.77 trillion, from an opening value of N8.97 trillion, representing 2.23% depreciation in value, with the market having mixed sentiments in expectations of 2016 earnings reports.
The NSE All-Share index’s year-to-date negative position stood at 5.76%, just as market capitalisation for the same period was down to N481.01billion, representing 5.21% loss over the same period.
Market breadth for the month was negative and weak as the number of decliners outpaced the advancers in the ratio of 56:24 to continue bearish transition of two months to reverse the December Santa Claus and OPEC agreement to cut supply induce rally. The month’s biggest decliners were UACN Property, which gave a profit warning during the period, shedding 35.76% of its opening price; followed by Forte Oil, which lost 33.04%; Vitafoam, 28.03%; and Nestle, 21.6%. Heavyweights of the side of the divide included: 7-Up Bottling, 10.79%; NB, 7.58%; and Zenith Bank, 6.37%; among others. The gainers were led by Beta Glass, which closed 27.57% better; Julius Berger, 11%; Airline Services, 9.09%; Presco, 6.33%; and Neimeth, 6.15%.
The month’s traded volume was down by 12.38% to 4.12 billion shares from 4.63 billion in the previous month of January.
During the month the following companies released their 2016 full year results, United Capital, NB, FO, Africa Prudential, Dangote Cement and Transcorp Hotel, with all recommending dividend for shareholders approval, except Forte Oil. The good news here is that the companies had ushered in the season with mixed dividend payout of increase or decrease. As traders and investors position for earnings season amidst the up and down movement in the bear transition, decision on whether to HOLD, BUY or SELL would depend on whether earnings beat market expectation and shareholders are rewarded adequately in the more expected scorecards.
Also, it is expected that up movement of the crude oil price will support the budget. Considering these factors in the market now, investors who understand the operations of the stock market should take this opportunity to enter good stocks as more than 118 quoted companies with December 31, 2016 as their financial year end are due to release their audited report to the market before March 31. It is obvious that investment is against expectation, therefore, when such expectation is not met there is need to cut losses quickly to protect fund.
As investors, it is expected that you relate the current selling price of the stock on the floor of the exchange with its third quarter earnings, the previous year full EPS and the last dividend paid. This comparison will help you to project if the company is likely to pay certain amount as dividend or not before buying into the stock. Earning has always been a function of equity price movements, in addition to corporate actions of these companies, which are expected to attract more market players, dividend investors and possibly foreign bargain hunters to the market. In the Nigerian stock market, the month of March is the peak period of the earnings season which suggest that a traders should be in the market before now to benefit from the earnings season momentum.
Volume Index 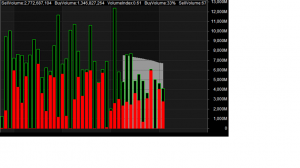 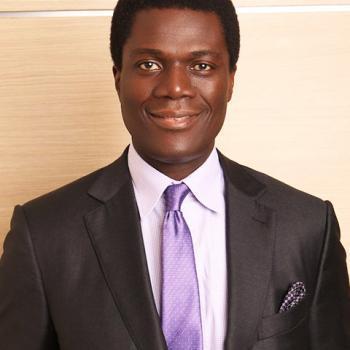 10 Things To Know About Lijadu, New SEC Board Chairman