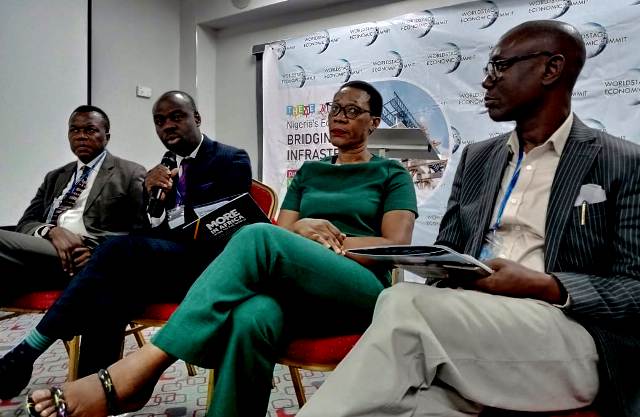 Ohiani, who delivered a keynote on Wednesday at the WorldStage Economic Summit 2022, with the theme “Nigeria’s Economy: Bridging The Infrastructural Gap,” said the NDP had a projected N348.1tr, of which the government of the Federation would provide about N49tr, while the balance would be contributed by the private sector partners.

Ohiani, who represented by Dr. Amanze Okere, Head, Special Projects & Acting Coordinator, NII3P (a PPP Training Institute of ICRC), said “this has been the trending truth over the years, that the revenue to our government cannot meet the needed infrastructure quantum and speed.”

The ICRC boss reiterated that infrastructure drives the economic growth and development of any nation, but Nigeria over the years, produced several Development plans, “but unfortunately, we have not yet upscaled our infrastructure stock to the level which would drive the economy as expected.

“It is also common knowledge that the Government alone cannot afford to provide the funding necessary to bring our infrastructure up to the level that it needs to be in order to stimulate much needed economic growth.”

He recalled that the Infrastructure Concession Regulatory Commission (Establishment etc) Act of 2005 came into existence to enable private sector participation in the development and operation of critical infrastructure, which was hitherto the obligation of the government to provide.

“Even though the global pandemic has dealt a blow to economies around the World, we in Africa and indeed Nigeria, have been blessed to have remained sturdy and focused on infrastructure spending and the necessary diversification of our economy. But we need to do more. We need more investments, more innovative ideas on infrastructure development using already proven and trusted techniques from around the World, and more commitment from the private sector towards the actualisation of these goals,” he said.

He listed some of the achievements of ICRC in the past 14 years to include Federal Executive Council Approval for more than 50 projects, amounting to more than N3 trillion in private sector funds, and is currently providing regulatory guidance on more than 200 projects.

“As part of the ICRC mandate, we gazette and publish a list of PPP eligible projects annually, so that prospective investors will know when and what to invest in,” he said.

“As at May 2022, there are 77 post-contract PPP projects under implementation at the ICRC Projects Disclosure Portal (www.ppp.icrc.gov.ng or www.icrc.gov.ng). The portal is the first disclosure portal in the world, established in collaboration with the World Bank.

“As at May 2022, there are 197 pre-contract projects at Development and Procurement phases at the ICRC website (www.icrc.gov.ng).

“Between 2010 and 2021, under the regulatory guidance of the ICRC, the Nigerian Government has approved PPP projects worth more than USD8 Billion.

“As at May 2022, the ICRC has issued 128 Outline Business Case Compliance Certificates, which show their bankability.

“In the same period, the ICRC has issued 50 Full Business Case Compliance Certificates to date.

“The continuing success of PPPs around the World and even in Africa shows us that government can share in the responsibility of providing infrastructure given the right guidelines, and within the regulatory framework provided by the Infrastructure Concession Regulatory Commission (ICRC) establishment Act 2005

“ICRC has open doors and can be reached for advice and guidance in the development of PPP projects.”

The summit which was supported by the Central Bank of Nigeria, NLNG, Zenith Bank, Access Bank, Polaris Bank and Ecobank, had Dr Oluseye Samuel Ajuwon, a lecturer/researcher in economics at the University of Lagos as the lead presenter.

Dr Ajuwon, in his lead paper, identified under development of physical infrastructures as the major constraints confronting the Nigeria economic and social development over the years.

“These critical infrastructures have gradually decayed over time due to neglect,” he said.

“The poor performance and inefficiency in the operation of the nation’s infrastructure has been described as major constraints to industrial performance and productivity growth.

“As a result, the average growth rate of the national economy has stagnated and stunted around 5.0% for many years.

“This is because the state of our infrastructure does not encourage investment. Unfortunately, we have now added insecurity to the problem of inadequate and decayed infrastructure.”

On the way forward, the economic expert said the desire for true patriotic leadership in Nigeria is most needed for ensuring sustainable infrastructure development.

He said the Nigerian government must commit to providing good governance and ensuring public infrastructures are well protected, managed, and maintained.

“On-going and future developments should be closely monitored while ensuring that the projects are awarded on merits, and practical timelines are given and strictly followed for completion,” he said.

“The government should continue in its fight against corruption and addressing excessive spending in governance.

“Also, government facilities should be appropriately managed and put into effective and efficient use.

“Furthermore, credit facilities for infrastructural projects should be made easily accessible with minimum interest rates.”

He expressed appreciation for the think tank behind the World Stage Economic Summit, Segun Adeleye, describing the event as “a good avenue to air the opinions of experts on issues that are germane to the economic progress of Nigeria our beloved motherland.”

Adeleye, President/CEO of World Stage, in his opening remark said the 2022 summit came at a critical time when politics had overshadowed other activities as Nigeria prepares for the general election in 2023.

“It is equally a challenging time for the economy as the Russia-Ukraine war is causing international commodity prices to surge, with mixed implications for Nigeria,” he said.

“According to EIU, “costlier diesel and food prices will mean another year of high inflation in 2022, combined with mass unemployment and rampant insecurity across much of the country. Economic growth will lag well behind potential, at marginally above the rate of population growth. As Nigeria imports and subsidises petrol and produces relatively little crude, high global oil prices also mean deterioration in the fiscal balance.”

He said the rising inflation which hit 17.71% in May and the decision by the Monetary Policy Committee (MPC) of the Central Bank of Nigeria (CBN) to increase the Monetary Policy Rate (MPR) to 13 per cent after deep concern over inflation, were fundamental distracting factors from the main issue of infrastructure which required very huge investment.

“Nigeria is currently facing huge infrastructural gap that has hindered desire to exploit its rich natural and human resources to stimulate development,” he said.

“In fact, Nigeria was ranked number 116 competitive nation in the world out of 140 countries in the 2019 edition of the Global Competitiveness Report published by the World Economic Forum, largely due to the poor state of its infrastructure.”

He said the accolade by the Federal Government that it was doing great with infrastructure investments going by the assessment of the Minster of Works and Housing, Babatunde Fashola was like a drop in an ocean when compared with the level of infrastructure the country should have and what it will take to attain it.

“The Debt Management Office of Nigeria (DMO) said capital investments of over $100 billion, excluding routine maintenance and operating costs, are required to close the yawning infrastructure gap. This will translate to $1.5 trillion needed over a 10-year period to achieve an appreciable level of the National Infrastructure Stock,” he said.

“Augusto & Co put the most aggressive estimate of Federal Government revenue in 2022 at about N5 trillion, which means the Federal Government will need to borrow about N8 trillion in order to finance aggregate spending of N13 trillion.

“So, it’s very glaring that the money we need to attain the level of infrastructure we desire will not come from the federal budget. So where will it come from?”

He said the focus of the WES 2022 was to examine the infrastructural gap challenges and proffer solutions that would significantly help at improving prospects of achieving the nation’s economic potential.

“The resolution of this summit on closing the nation’s infrastructural gap will be very handy for the incoming government to hit the ground running, particularly for job creation. We believe that if the country can get it right with infrastructure, every other thing will fall in place,” he said.

The hybrid WES 2022, the 6th in the series of 10 editions since WorldStage consolidated its economic conferences under the umbrella of an economic summit also attracted over 200 online participations from around the world.