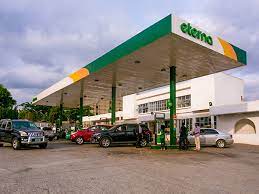 The board of petroleum products distribution giant, Eterna Plc, on Monday informed the Nigerian Exchange Limited and the general public that following the blessing of the Securities & Exchange Commission (SEC Nigeria), Preline Limited has notified it “of its intention to proceed with the takeover process which commenced on November 1 last year.

Preline, Eterna Plc said in a filing by Mandella Golkus, its Company Secretary, has received the ‘‘Authority to proceed’’ with its bid to acquire 1,300,000 ordinary shares equivalent to 0.10% equity stake in Eterna Plc from other shareholders at a price of N13.50 per share, from the SEC.

Investdata News findings, according to Global Database, was incorporated on May 5, 2000 as a non-specialised wholesale trade private limited company that operates in the glass, cement and ceramics, as well as mining and minerals industries, with registered address as Finecal 2 Temple Trading Estate, United Kingdom, and employs 10 people. According to the company’s latest financial report submitted on December 31, 2020, total assets stood at £299,700, representing a 111.14% decrease from previous year; working capital fell 20.63% to £291,000, and EBITDA, £7,950.

Recall that as part of the mandatory takeover bid, Eterna Plc, had last November announced Preline’s completed the process of acquiring 794,969,774 units of its shares, representing 60.98% stake, “making it the largest and majority shareholder in the company, thus triggering the mandatory tender offer (MTO) provisions of the Investment and Securities Act and Securities and Exchange Commission (SEC)

The 60.98% stake was reportedly consummated at an estimated value of N5bn, after seven substantial investors sold their stake in the oil and gas firm to Preline, which made it take over management since the news broke out on August 23, according to Ripples Nigeria, an online newspaper. The 794.96m units, Eterna said in a press statement on its website, were acquired from Lenux Integrated Resources Limited, Global Energy & Raw Materials Limited, Meristem Wealth Management Limited, Radix Capital Partners Limited, GASL Nominee Limited, GTI Capital Limited, and Cardinalstone Partners Limited, all of who executed a Sale and Purchase Agreement (SPA) that enabled the transaction.