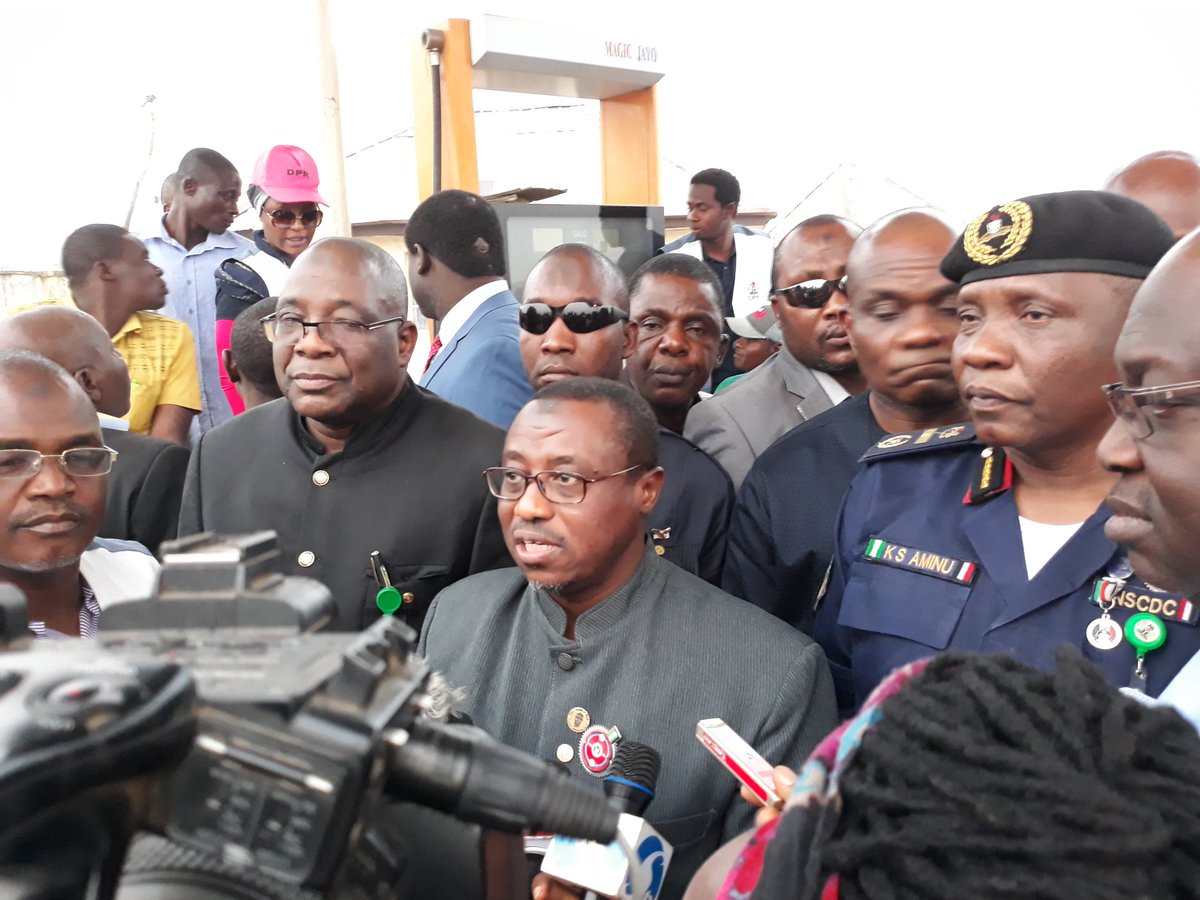 The Nigerian National Petroleum Corporation (NNPC), on Wednesday expressed regrets at the claims by the Depot and Petroleum Products Marketers Association (DAPPMA) on the lingering fuel distribution hiccups across the country, despite the fact that its members had received products.
A statement by DAPPMA on Tuesday, December 26, 2017, blamed the current hiccups in products supply on the inability of the Direct Sales Direct Purchase (DSDP) partners of NNPC to deliver on their business obligations.
In a statement by its spokesman, Ndu Ughamadu, the corporation expressed disgust that DAPPMA, whose members owe the Petroleum Product Marketing Company (PPMC), a subsidiary of the NNPC as much as N26.7bn, as at December 21, 2017, “has the audacity to indict NNPC unjustifiably.”
It insisted that the claim by DAPPMA “is unfounded and self-indicting as many of DAPPMA members patronize the same DSDP international counterparts as the corporation,” obtaining foreign exchange concessionary rate of N305/$ to import Premium Motor Spirit (or petrol).
The NNPC noted that DAPPMA members, among others, have not been able patronize the DSDP, “leaving NNPC as the sole supplier of PMS to the Nigerian market.”
The corporation assured the public that it would “supply 1.2bn litres of the white products in January 2018, translating to about 40m litres of PMS supply per day.”
This, it stressed, is more than between 27 and 30 litres or about 700 trucks consumed per day in Nigeria.
“Despite the current challenges, Nigerians are reassured that there is no plan to increase PMS pump price above N145/litre and that NNPC will continue to maintain ex–depot price of N133.28/litre which guarantees the pump price not exceeding the N145 per litre capped by the government.”
The statement urged all stakeholders to support government’s efforts to bring a speedy end to the current fuel distribution challenges being experienced in parts of the country as this is not the time to play the blame game.
Meanwhile, Group Managing Director of the NNPC, Dr. Maikanti Baru, on Wednesday continued his spot visits to popular black markets for petrol in Abuja metropolis and fuel stations selling above the N145/l approved pump price, leading a team of officials from the NNPC and the Department of Petroleum Resources (DPR).
A tweet by the corporation noted that “in yet another ambush today, the fuel JTF (Joint Tax Force led by Dr. Baru and comprising officials of the civil defence corps discovered another unlicensed f/station in Kubwa, selling PMS at N250/l. However, on a second check by motorists, they realise the quantity is (actually) half of what they bought.
“We are virtually buying @ N500/ltr here,”Danjuma, a mtorist was quoted as saying.
Another statement by the NNPC on the ambush on filling stations, facilitated by operatives of the Nigerian Security and Civil Defence Corps (NSCDC), in its fourth day, led to the clampdown of a notorious fuel outlet in the Kubwa District of the FCT caught selling petrol at the rate of N250 per litre, a price well above the approved retail price of N145/litre.
The NNPC GMD promptly ordered an on-the-spot dispensing of the remaining product in the storage tank free to motorists in conformity with extant sanction for such misdemeanour.
Addressing journalists after the exercise on Tuesday, Dr. Baru noted that in line with its mandate as supplier of last resort, the NNPC would continue to work with relevant stakeholders like the DPR and Civil Defence Corps to bring to a quick end the prevailing hardship in accessing petrol across the country.
He enthused that with the recent directive by the Presidency for the security agencies to tighten the noose on smuggling of petroleum products, the issues of cross-border activities and diversion of products would be curtailed, thus allowing Nigerians to benefit from the massive injection of fuel into the system being undertaken by the corporation within the last few weeks.
In a related development, the NNPC has announced the temporary suspension of products dispensing activities at its mega station along Lagos Road, in Port Harcourt due to a fire incident which occurred near the station.
The fire resulted from a Toyota Camry car which exploded outside the station after product was dispensed into an extra in-built locally fabricated tank designed to siphon fuel.
Though the fire did not affect the station, the corporation noted that it was imperative to suspend operations to enable security agencies clear the resultant traffic situation at the scene.