Gale Of Resignations Hits UPDC Board, In Aftermath Of Custodian Buyout Of UACN 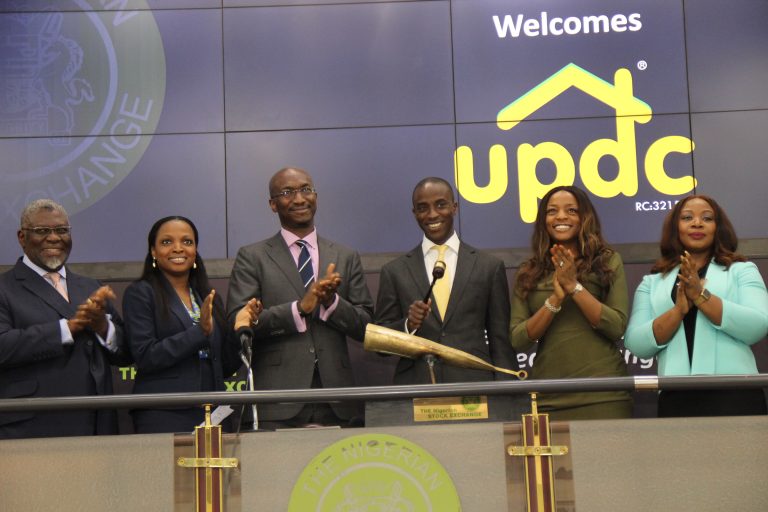 The board of UACN Property Development Company Plc (UPDC), on Monday told stakeholders in a regulatory filing with the Nigerian Stock Exchange (NSE), the resignation of its chairman, Babatunde Kasali, chief executive, Folasope Aiyesimoju, and other Non-Executive Directors, with effect from January 4, 2021.

The announcement came weeks after its parent company, the nation’s oldest conglomerate, UAC of Nigeria Plc, formally transferred its majority 8,519,810,121  units, representing 45.9% of UPDC’s paid up capital to Custodian Investment Plc for N5.964bn.

Investdata News recalls that the boards of Custodian Investment and UAC of Nigeria, last August, in separate notices informed investors through the NSE of a binding agreement already signed that will see the former acquire 51% majority equity stake in the later’s UACN Property Development Company Plc, owners of the

The entire deal involved the sale of UACN’s 9,465,584,668 ordinary shares in UPDC, representing 51% stake to Custodian in two tranches beginning with 946,558,467 units, representing 5.10% of the issued share capital of UPDC on execution of binding transaction agreements. The 2020 transaction made Custodian Investment UPDC’s largest shareholder.

Other directors of UPDC whose resignations were accepted and deeply appreciated for their contributions to the company, on Monday, according to the filing by Folake Kalaro (Mrs), the Company Secretary/Legal Adviser include Adekunle Awojobi, Professor Okon Ansa and Mrs. Awuneba Ajumogobia.

Aiyesimoju will, however, continue to serve as a Non-Executive Director of the company.

The statement also announced the appointment of Mrs. Deborah Nicol-Omeruah, who until now was the deputy CEO, as Acting Chief Executive of the company from Tuesday, January 5, 2021.

Holder of a BArch Architecture from the University of Nottingham, she was appointed Deputy Chief Executive Officer and Executive Director of UPDC on December 3, 2019, she comes to the job with 20-year experience in real estate and banking. Her specializations include Property Development, Finance & Acquisitions; Mortgages; Private Banking and Investment Planning in the United Kingdom and across Africa.

A Real Estate Professional and a Certified Mortgage and Financial Adviser (CeFA, CeMAP) of the Institute of Financial Services in the United Kingdom, the acting CEO was previous Africa Account Director for Broll Property Group; Chief Operating Officer for Landmark Africa, and Head, Property Finance and Acquisitions for Stanbic IBTC Bank.

With over 30 years of experience in the nation’s insurance industry, Oshin was at various times a member of the Presidential Committee on Pension Reforms, Chairman of the Nigerian Insurers Association, Council Member of the African Insurance Organization (Cameroun), Companies Association (Ghana) and External Lecturer – West

African Insurance Institute, Banjul, The Gambia. He sits on several boards, including the International Insurance Society (IIS), New York and Nigerian Insurers Association, among others.

Before his appointment as Managing Director, CrusaderSterling Pensions Limited, he was Managing Director of Lead Capital and Head of Investment Banking Group, Ecobank Nigeria Plc and Lead Bank Plc. He was also at various times Head of Internal Control/ Chief Inspector and Head of Risk Management Department at Lead Bank Plc. He is also a member of the Board of Custodian Life Assurance Limited, Custodian Trustees Limited and Interstate Securities Limited.