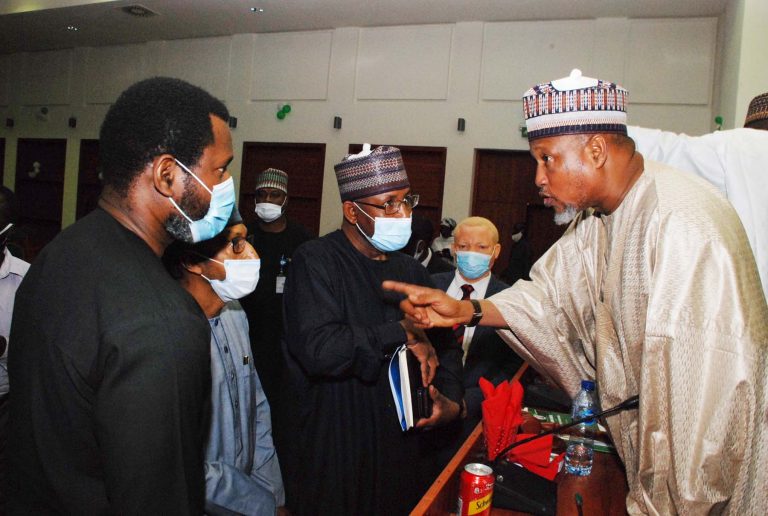 Nigeria’s Securities and Exchange Commission (SEC), on Wednesday, said about N29bn of previously unclaimed dividend has so far been transferred into the bank accounts of investors since its introduction of multiple accounts regularization in 2015.

Regularisation of multiple accounts requires shareholders with multiple accounts to harmonise them by filing electronic dividend mandate forms and submitting the same to their banks, or stockbrokers for onward transmission to their respective registrars.

Director General of the commission, Lamido Yuguda stated this during an investigative hearing on the rising value of unclaimed dividends, unremitted withholding tax on dividends and their attendant effects on the nation’s economy organised by the House of Representatives in Abuja.

He said it is the commission’s desire that the issue of unclaimed dividends be brought to an end, given the importance of dividends in maintaining and sustaining investments in the capital market.

The SEC, he continued, has repeatedly canvassed and maintained that the most viable option is the removal of the 12-year bar for investors to claim their dividends imposed by the Companies & Allied Matters Act (CAMA).

For him, the accumulated unclaimed dividends should be invested through a capital market vehicle that will focus on critical infrastructure development for the benefit of investors, a situation he believes, will be a win-win, thereby curbing the incentive for accumulating unclaimed dividends.

In the process, investors who earned the dividends will benefit, just as the taxes levied on the capital market vehicle generate the much needed revenue for government, he stressed.

Yuguda highlighted various initiatives by the SEC to address the challenges arising from unclaimed dividends like the abolition of in-house registrars used by paying companies for their operations, thereby improving transparency and removing conflict of interests, following which registrars are now separate entities from their parent companies.

Continuing, the SEC boss noted other initiatives such as the “creation of (a) rule, requiring registrars to make electronic payment of dividends directly into shareholders accounts, engagement with the probate registry to improve the process of obtaining and administering probate.

“All these initiatives are aimed at improving the efficiency of dividend payments, reduce the quantum of unclaimed dividends and as a consequence grow and sustain the confidence of existing and potential investors” Yuguda stated.

The SEC DG disclosed that the Commission is currently working on an initiative to ensure consolidation of multiple accounts which involves the verification and isolation of the account beneficiaries with a deadline of first quarter of 2021.

This initiative, he stressed further, is in addition to the forbearance window granted by the commission to holders of multiple accounts to show up and consolidate.

Reacting, the Chairman, House of Representatives Committee on Capital Market and Institutions, Babangida Ibrahim agreed that the problem of unclaimed dividends has adverse effects on the Nigerian economy.

The committee, he added, is aware of the efforts of the SEC to address the challenge, including e-dividend and dematerialisation, among others which are all very commendable. These, he agreed are part of ensuring that investors get the benefit of their investments.

Ibrahim however said all efforts must be made to ensure that shareholders receive dividends from their investments, expressing hope “that at the end of this public hearing, we will be able to find solutions that will solve the problems of unclaimed dividends in the capital market.”

He assured the commission of the committee’s desire to continue engaging relevant stakeholders so as to bring the issue of unclaimed dividends to an end, and in the process boost investor confidence and attract them back to the market.

Declaring the hearing open earlier, Speaker of the House of Representatives, Femi Gbajabiamila, said the House is determined to improve the effectiveness of the capital market in Nigeria.

The issue of unclaimed dividends, he stressed, is of great concern to the National Assembly, expressing hope that the hearing will birth a lasting solution to the menace.

Photo caption: Chairman, House of Representatives Committee on Capital Market, Babangida Ibrahim stressing a point on the sidelines of a public hearing to investigate the continued growth of Unclaimed Dividends, Unremitted Withholding Tax on Dividends, and their attendant effects on the nation’s economy at the National Assembly on Wednesday. Listening are: from left, the Executive Commissioner Operations Securities and Exchange Commission  (SEC), Dayo Obisan; Executive Commissioner, Corporate Services of the commission, Ibrahim Boyi;  Director-General, Lamido Yuguda; and the Executive Commissioner, Legal and Enforcement, Reginald Karawusa.