Nigeria’s equity market sustained its bullish transition last week, defying the social unrest that  was triggered by the protest against the brutality of the Special Anti-Robbery Squad of the nation’s Police that has over the years resulted in extra-judicial killings and extortion of victims, particularly the youth population. The unrest, which spread across the country resulting in imposition of curfews by various state governments across the country’s, thereby heightening the nation’s sociopolitical, economic and currency risks, even with the week trading ending on a positive note, amidst increased volatility.

It was also a week when more corporate earnings hit the market showing a mixed performance.

Going forward, we believe that the movement of money from one or two asset classes to another should guide investors in their choice of strategy for executing trades to achieve desired investment goals and objectives in this last quarter of seasonal swing trend. They range from the ongoing Q3 earnings season, Santa Claus rally and end of the year window dressing by ‘fund managers seeking higher prices for the purpose of being eligible to juicier commissions while filing their annual returns. We, therefore, see fund managers and other players in the market are gearing up for reactions to Q3 numbers and post-earnings season moves.

The earnings season momentum that is driven heavily by earnings news from quarterly or yearly scorecards and market reactions help players make strategic investment decision about which stocks and sectors to plough their money for the short and long-term continues amidst the low interest rate regime and yield environment, driving funds to equity assets.

However, the current bull-trend still remains short-term, because it is driven exclusively by low interests and rising inflation, while fixed income instruments like Treasury Bills and bonds are suffering from the impact of the hyperinflation as funds flow out in search of higher returns and yields, despite the safety offered investors. Few stocks and sectors continue to support and account for the ongoing rally, following which we believe that sustaining it for the long-term remains shaky. This is because, the more the price rally, the less the expected yield which is the attraction now.

It was a mixed and volatile week on the NSE with three sessions of up and two of down markets, after the composite All-Share index opened the period marginally red, amidst tension arising from the raging EndSARS protests. This was halted on Tuesday with the slight 0.04% gain on the very day the Lagos State Government ordered the curfew beginning at 4pm. The market however took a pounding by midweek when the NSEASI lost 0.74%, due to panic selling as investors reacted to the news that soldiers fired live bullets into the protesting youths, who defied the curfew the previous night. A yet to be ascertained number of the victims were killed, while several others suffered various degrees of injuries, amidst denials from the military authorities that the shooting was done by men of the Nigerian Army. But this resulted in full-blown unrest, as miscreants embarked on wanton destruction and looting of government and even private properties, especially those linked to prominent politicians and their supporters.  The panic selloffs were, however, reversed on Thursday, when investors buying interests were rekindled in the midst of earnings season as the NSE index recovered by 0.40%, a trend that was sustained on Friday when the market gained another 0.47% as more listed companies presented their quarterly earnings reports. Cumulatively, the NSE index gained 0.13%, as against the previous week’s 0.86% gain, despite the multiple headwinds.

During the week, 10 companies made published their quarterly scorecards. Q3 earnings came from United Capital, Africa Prudential, Lafarge Africa, GSK, Seplat, Austin Laz, Chemical Allied Products, Unilever and NCR Nigeria, while Q1 and Q2 numbers were released by Guinness Nigeria and Airtel Africa respectively. The numbers were mixed, except for United Capital and Lafarge Africa that were impressive, surpassing market expectation. Also, within the period, the share price of PZ Cussons was adjusted for the 10 kobo dividend recommended by its board.

Trading in the share of Sunu Assurance was placed on technical suspension for the planned share reconstruction, while Wapic Insurance changed name to Coronation Insurance in the period under view.  More companies informed the market of board meeting and closed period, while Dangote Cement and Sugar announced a shift in the release dates of their Q3 results.

Low and medium caps topped the advancers’ table for the period under review, despite the negative breadth as the number of decliners outpaced advancers in the ratio of 35:28 on a high buying pressure and strong momentum as Money Flow Index remained at 100bps, just as in the previous week.

The composite index cup and candlestick formation chart pattern reveals a strong recovery, driven by positive sentiments and strong liquidity that signals a high possibility of trend continuation. For now, the index is set to breakout the 29,170.20bps and 29,598.71bps on renewed buying interests, as more financials pour into the market this new week, being the last for trading this October, as companies seek to meet the official deadline for submitting their Q3 numbers for the period ended September 30, 2020.

The bullish trend of the index remains intact as it trades above the 50 and 100-Day Moving Average on a high traded volume. It is another attraction for institutional investors as it reveals strength in the market, just as the index is set to cross the Fibonacci retracement line of 38.2%, which is the next resistance level.

However, we envisage an uptrend in the midst of profit-taking and more scorecards hitting the market, given that MACD remains in the bullish zone. The buy volume for the period stood at 95% and sell position at 5% with total transaction index at 1.16.

Performance indexes across the sectors were bearish, except for the NSE Consumer Goods that closed 2.86% higher, while the NSE Banking index’s led the decliners after losing 1.42%, followed by the NSE Oil/Gas that was down by 0.69%. The Insurance and Industrial goods indexes recorded 0.59%, and 0.06% loss respectively.

The general market outlook in recent times seems positive and mixed in the short-term; following which investors should take short and medium-term positions while diversifying their portfolio along long-term trades to protect capital. This, they can do, by considering sectors with high upside potentials and strength as more earnings are hitting the market. The rally in consumer goods called for caution as numbers released Unilever has given of what should be expected from the companies in this sector, knowing that covid 19 pandemic has impact this sector negatively as revealed by the negative macroeconomic indices.

Activities during the week in volume and value terms fell by 22.96% and 14.40% respectively, after investors traded 1.51bn shares worth N19.67bn, compared to the previous week’s 1.96bn units valued at N22.98bn crossed in the preceding week. Volume was driven by trades in financial services, conglomerates and consumer goods sectors, driven by transactions in Guaranty Trust Bank, Access Bank, UBA, Zenith Bank and Transcorp.

The best performing stocks for the week were International Breweries and Cutix, which gained 18.26% and 17.28% respectively, closing at N6.30 and N1.90 each on market sentiments and forces. On the other hand, Northern Nigerian Flourmills and Linkage Assurance lost 9.89% and 9.09% respectively, at N4.19 and N0.40 per share on market forces and profit taking.

On the strength of more expected corporate earnings and likely positive reaction to those already released, the current trend in the market are expected to continue on inflow of funds and performance of the companies in the midst of profit taking as normalcy return gradually with the lifting of curfew in many states.

Meanwhile, given the persisting bull-run, profit taking is evitable as a regular behaviour of stock markets. Any price correction at this phase of market recovery will support the upside potential, especially with many fundamentally sound stocks remaining underpriced, and the dividend yield of major blue-chips continuing to look attractive, despite the recent weeks’ rally. We expect speculative trading to shape the market’s direction.

To position for the short to long-term, investors should target fundamentally sound, dividend-paying stocks, for possible capital appreciation in the coming months. Also, traders and investors need to change their strategies, because of sectorial rotation and impact of intervention funds, the CBN directives, and their impact on the economy in the nearest future.

Meanwhile, the home study packs of Strategies and How to Invest Profitably in This Changing Market Dynamics: Mastering Earnings Season for Profitable Trading and Investing in any market situation/Cycleare available. To obtain your copy send ‘Yes’ or ‘Stock’ to 08028164085, 08032055467, 08111811223 now. 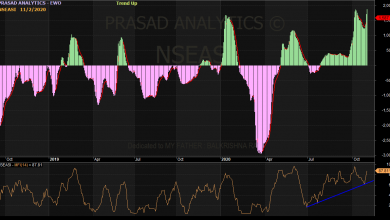 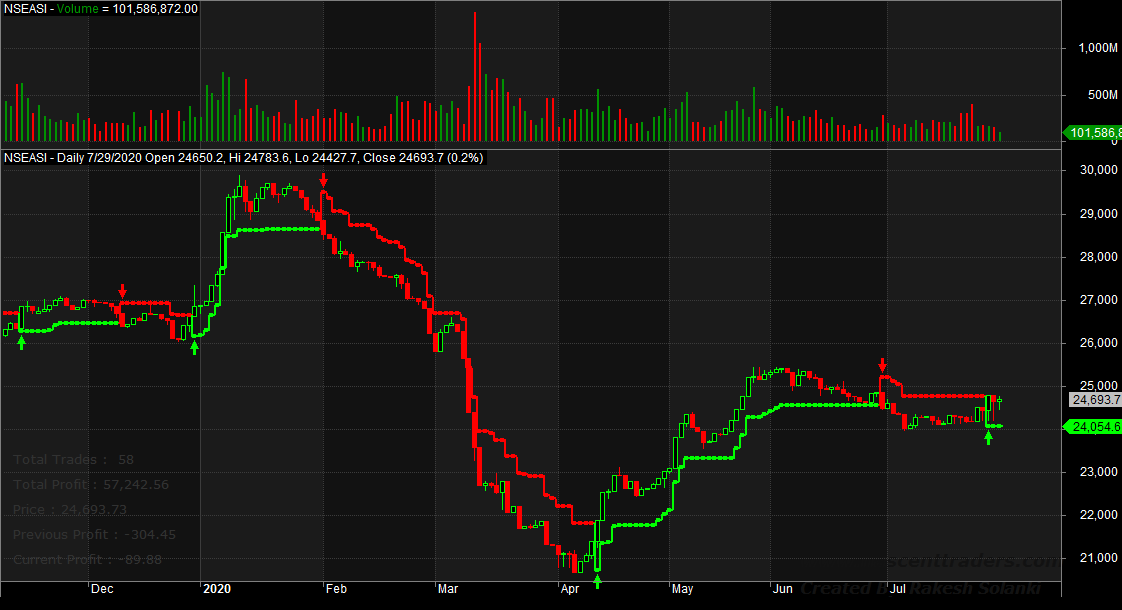 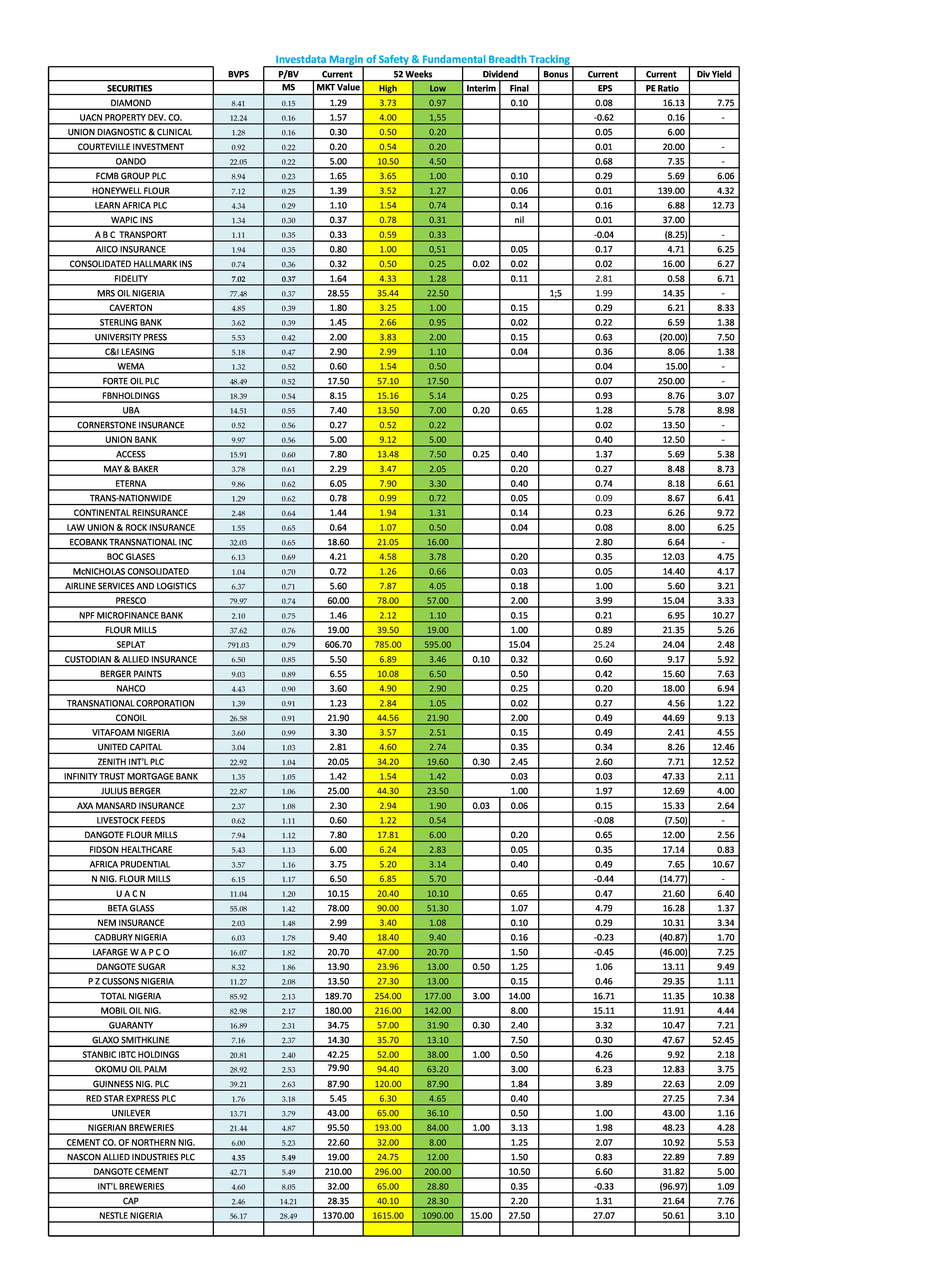