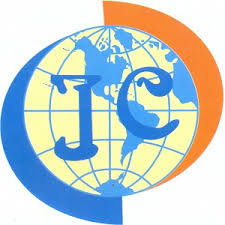 Key Notes
• In this short report on Japaul Oil, we have reviewed the recently released un-audited numbers for the year-end 31st December 2019.
• The management posted seemingly outstanding earnings that supersede all its performances since becoming a public limited liability company.
• In its statement of comprehensive income, under the caption ‘Other Income’ a total of N43.24 billion was reported. This figure soared Japaul Oil’s bottom line, lifting it from the previous loss position of the corresponding year 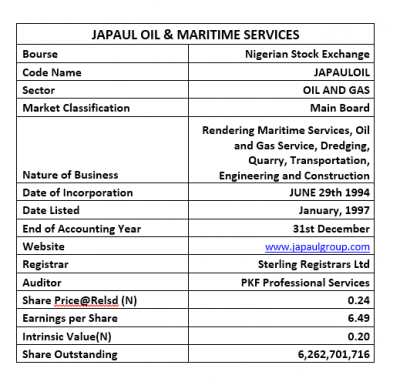 • According to the released document, the said income arose from sundry Income/provisions no longer required.
• Over the years, the company carried over long-term liabilities emanating from an interest yielding loan obtained from both Diamond Bank and Access Bank.
• In its 2018 full-year earnings document, the management reported that the US$66,478,405.35 Diamond Bank facility was restructured with accumulated unpaid interest of US$11,244,554.98 and rolled over at a reviewed rate of 10% per annum. The balance is being and under litigations.
• Meanwhile, the Access Bank facility was restructured into both naira and dollar loans of N6.1 billion and US$13.472 million, with a new offer letter dated February 15, 2018, at rates of 19% and 11.5% respectively. Both loans are been contested in Courts of Law.
• In our opinion, Japaul may have won the case, hence the total of N43.24 billion reported in its 2019 interim account as Provisions no longer required due to the Access/Diamond Banks debt waiver together with Finance and Operating leases written off. 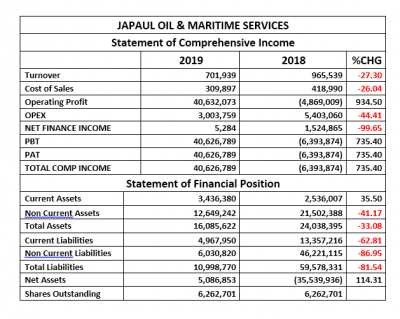 • The above table showed the growth experienced in its financials as a result of the above-mentioned waiver from the bank. However, note that since Access Bank merged with Diamond, Japaul’s dealings is now only with Access Bank
• It is important to understand that the said fund has improved Japaul Oil’s Operating Profit, which simply means that with strong management efficiency, the company should start improving on its business from the next quarter.
• Nevertheless, we are of the opinion that the growth in performance, especially in the Investment ratios shown in the below table, it is not enough to recommend a ‘BUY’ for Japaul Oil shares, as there is a strong need to carefully observe the management’s performances for at least the first half of 2020, before taking and investment decision.
• In all, it is obvious that the income that impacted positively on the company’s scorecard was derived from outside its regular operations or day-to-day business, which means that sustainability, is the key issue here when you consider the fact that every investment is against a future expectation therefrom.

Valuation
• Given the fact that the company, has no history of dividend payment because it has always operated with strong negative earnings over the years, we are unable to effectively measure its management efficiency. Therefore, we remain highly conservative in our valuation approach for each unit of Japaul Oil and Maritime Services Plc. On this ground, we hold our Fair Value at N0.20 and have rated the shares a ‘Watch’ for both Long and Short-term investment options.