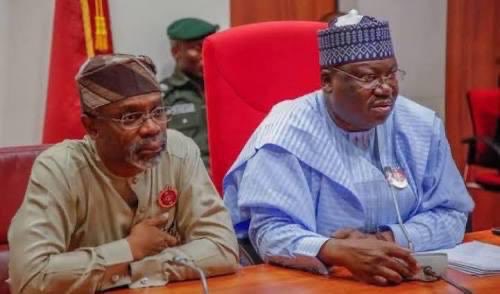 Barely six months after raising the alarm in June 2020 about revelations in the Federal Government’s Open Treasury Portal that over N50bn of public funds were paid into personal accounts, BudgIT Foundation, a leading advocate of fiscal transparency and public finance, again on Monday, lamented that many capital projects in 2021 had no specific locations in the country.

Such practice, the non-government organisation warned, creates loopholes for sustained corrupt practices in the 2012 fiscal year, expressing worry that the Federal Government’s 2021 proposed budget now before the National Assembly, is laden with opacity, duplications, and fragmentations, among others.

Such misappropriation of the country’s limited public funds has continued over the years, even as Iyanu Fatoba, Communications Associate at BudgIT, recalled that administration offered hope that precise locations will accompany capital projects in next year’s to encourage project monitoring.

The statement quoted Gabriel Okeowo, BudgIT’s Principal Lead, as warning that the Federal Government cannot afford to keep pumping the country’s limited resources into new capital projects, while others that have been abandoned due to what government tagged inadequate investment.

Okeowo observed that of the over 13,000 capital projects analysed in the 2021 budget, 55.51% “of the total allocation for capital expenditure are earmarked for new projects, many of which may end up uncompleted by 2021.”

This, he stressed further, is contrary to the promise by President Muhammadu Buhari in his budget speech to prioritize ongoing projects in the 2021 Budget, Okeowo, stressing that the entry of Nigeria into another recession so soon, calls for “strategic spending on capital infrastructure project completion should be a priority.”

A breakdown of the 13,343 capital projects analysed, it said, showed that a sizable number of projects, like meetings, allowances, anniversaries and celebrations were falsely categorized as capital projects even though in reality they are not.

Specific examples of such miscategorisation it continued, include; the N3.3bn for “Posting and Return Entitlement of Ambassadors and Officers” in the Ministry of Foreign Affairs, N74.5m allocated for “Anniversaries and Celebrations” in the Nigerians in Diaspora Commission (NIDC), N40m for “Peculiar Allowance” in Nigeria Christian Pilgrim Commission, which are all categorized as capital expenditures.

Further analysis of the numbers, it said, showed that projects between the N10m and N50m band represent 42.2% of capital projects analysed, which might be a deliberate approach to avoid elaborate procurement plans, thereby reducing broad oversight on contracting.

“We think the current structure of capital projects is too wasteful, incoherent, and grossly inefficient. Whilst capital expenditure is higher in terms of value, there is a need to properly ensure that these projects deliver optimal value for Nigeria.

“Duplication, opacity and fragmentation of line items by government agencies could present opportunities for subverting checks and balances meant for accountability.

“As a case in point, two line items tagged “Nurse Tutor Training” and “Special Intervention SDG 1,” were duplicated in 3 and 2 places, respectively, with different budget codes. These two line items have allocations totalling over N41bn earmarked for them, without specific descriptions.

Reacting further, Oluseun Onigbinde, BudgIT’s Director and Co-founder, believes that “the fragmentation of capital projects is an urgent conversation that the Federal Government needs to address. In an era of dwindling revenues caused by low oil prices and the current slump in the global economy, it is important for the government to pay attention to a few projects of immense social and economic value.”

BudgIT, therefore called for more funds allocation to capital projects that directly affect the welfare of the citizens in the 2021 federal budget, especially ongoing projects that would ensure government’s commitment to their completion timelines.

The statement called for identification and appropriate sanctions for Ministries, Departments, and Agencies involved in splitting their Capital Expenditure to subvert checks and balances.